Opinion Why the MFA is the new MBA

As traditional industries decline, degrees like a Master of Fine Arts will be valued for fostering original and innovative ways of thinking, argues Ross Harley. 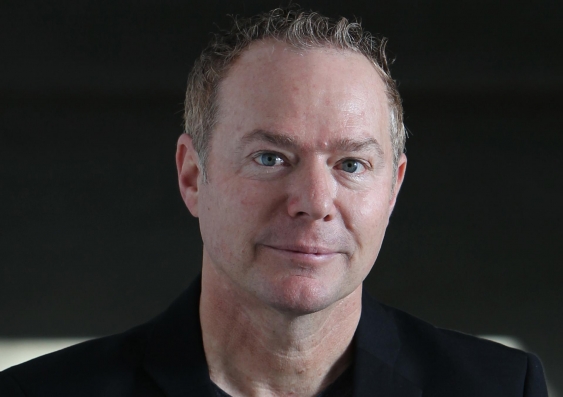 OPINION: In the heady days of the 1990s, MBAs were widely seen as a licence to print money. Today, starkly different income graphs highlight the decline in the comparative advantage of this one-time ‘go to’ business qualification. Instead, I’d like to suggest that the MFA is the contemporary degree for our time, even if much of our business community may not immediately recognise the acronym.

The MFA, or Master of Fine Arts, and a wide range of other art and design degrees and programs, have creativity and originality at their heart. They foster new, innovative ways of thinking and doing, referred to variously as ‘creative practice’, ‘design thinking’, ‘creative thinking’, or even ‘speculative design’. Whichever term we use, one thing is certain: thinking outside the box is an essential attribute for anybody who wants to tackle the mind-boggling complexities and challenges of modern life.

What ‘design thinking’ has to offer in this age of dramatic, technology-led disruption to traditional industries and business models is the flexible, creative mindset we need to respond in productive ways to the decline in many familiar 20th century blue and white-collar jobs.

The tip of this iceberg is already apparent in the rise of the so-called ‘creative industries’; that’s everything from web design to architecture, from animation to the performing arts. With phenomenal advances in the digital technologies that enable us to create, collaborate and communicate across a room or across the world, the creative industries are thriving. In NSW, the creative industries now directly employ more than five per cent of the workforce, they pay 18 per cent more than the average wage, and they are growing twice as fast as other sectors.

But what if this kind of ‘creativity’ was applied across every other industry and sector? Many people think of design as something that is added on to make something look or feel good. But it’s about much more than that.

A design perspective anticipates the human or user experience and by considering ‘usability’ from the start, good design avoids clumsy, costly retrofits later on. This might involve considering the way an object feels in our hands, the way people move around a city, or the way services are provided on the web. It is no stretch to imagine the many circumstances in which good design could have headed off problems from traffic bottlenecks to frustrating ‘user experiences’ online. ‘Design thinking’ can also help us think beyond the consumer products and devices that may actually be contributing to contemporary social and environmental challenges, by proposing novel and speculative scenarios that expose our short sightedness.

Today, many IT companies are ahead of the curve in recognising the user experience or interface as the key to their products’ market success. This is partly because relatively new industries are not hobbled by history. Much of the past, from the mass production of standard goods to the proliferation of project homes, was driven by the limitations of 20th century technology — which meant there was an economic advantage in making lots of the same things, usually at the same time.

However, emerging technologies, systems and techniques have ushered in a new era of ‘mass customisation’. This means, for example, that something can be designed digitally, ‘printed out’ using a 3D fabricator or printer, tested for the user experience and modified, without going into mass production or being wasted in landfill. Consumers might order online in whatever bespoke form they like and in whatever numbers they need, and customised products fabricated and dispatched as required.

Likewise, anyone who wants to imagine and create something new can now do so in a CAD (computer-aided design) or other similar computer program. They can then go out into the virtual global marketplace via online brokers, who connect designers and creators to manufacturers anywhere in the world.

The idea that we are limited by access to local factories and their conventional production lines is increasingly redundant. In our highly mobile, highly networked, globalised economy new jobs, roles and services are being created everyday by innovative, imaginative people who are asking just the same question we continuously pose in art and design schools: ‘What if things were different?’

Fortuitously, Australia is potentially well placed to enjoy creativity-led success. A recent study by the Australia Council found 85 per cent of Australians think the arts make life more meaningful; 66 per cent think the arts have a big impact on the development of children; and almost half of all Australians, 48 per cent, participate in creating art themselves.

And to match this rise in public interest in the arts and creativity, governments are seeking to foster Australia’s creative engagement with a globally connected and disruptive world, recognising the role creativity can play in rethinking the way things are done.

To turn this potential into real economic gains is not, of course, a matter of stampeding into MFAs, like we once did into MBAs. But we do need to step back from the kind of blinkered economic rationalism that has long linked technical skills to specific jobs that may not endure. Instead, we need to infuse creativity and ‘design thinking’ into curricula from our primary schools up.

In a rapidly changing world, it will be those hard-to-define attributes like creativity, originality, critical insight, empathy and foresight that best enable us to protect our prosperity by fostering new industries as traditional ones decline.

Professor Ross Harley is the Dean of UNSW Art & Design, formerly COFA. The campus in Sydney's Paddington will be officially relaunched later this month.

A version of this article was first published in the Australian Financial Review.