The Archibald Prize is the case of an unavoidable meeting between popular culture and those whose lives are defined by their passion for art, writes Joanna Mendelssohn. 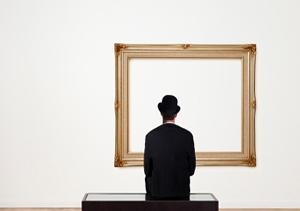 OPINION: The Archibald Prize is the case of an unavoidable meeting between popular culture and those whose lives are defined by their passion for art. Saturation coverage in the media contrasts with the mild interest bordering on ennui of the arts community.

The Art Gallery of New South Wales' task is to somehow breach that gap, so that those who love the Archibald might even consider entering the gallery for another purpose, while those who take art ever-so-seriously start to consider the feelings of hoi polloi.

For many years the professional staff of the gallery made no pretence of valuing the Archibald, treating it as a tiresome folk festival foisted on them by the will of the late J.F. Archibald.

In the early years of last century he had decreed that the bulk of his estate was to be given to the Art Gallery of New South Wales so that a prize be awarded to:

The best portrait, preferentially of some man or woman distinguished in art, letters, science or politics, painted by an artist resident in Australia during the twelve months preceding the date fixed by the trustees for sending in the pictures.

Archibald’s will names the gallery’s board of trustees as judges, so for all the annual caterwauling at the inappropriateness of political cronies and captains of industry (albeit mitigated by the presence of two artists) deciding on matters aesthetic, the gallery is stuck with them.

Former director Edmund Capon’s genius was to take this tired old event and instead of suffering the media circus, celebrate it.

The exhibition was popular, so the gallery began to charge admission. People like to argue about which work should have won, so the gallery started the People’s Choice Prize so they could vote for their artist to be made the chosen one. The profits from the Archibald, which are considerable, now help underwrite the gallery’s other activities.

But Edmund Capon retired last year – 2013 is the first time the scholarly Michael Brand has to front this particular circus. Already a change is evident as he delegated Wayne Tunnicliffe, head of Australian art, to front the media as well as hang the exhibition.

Before Capon, the most colourful director of the gallery was Hal Missingham whose clashes with his trustees were legendary. Most of all they loathed him for his ability to read their collective minds. Every year, without fail, Hal Missingham would have the Archibald winner’s telegram written well before the final judging.

Because of the nature of the exhibition space, it is often possible to see who the staff think will win. The announcement is always made in the central court of the main temporary exhibition gallery. This year the podium will be placed in front of Del Kathryn Barton’s decorative portrait of Hugo Weaving and Vincent Fantauzzo’s Love Face (a sweetly photorealist portrait of Asher Keddie which is a shoo-in for people’s choice).

There are typical whimsical Edwards touches – a tracery of cobwebs in the background and the subject is wearing a badge proclaiming “Yeah”. Tunnicliffe has chosen to hang this in the exact place where previous winners have been hung. The value placed on this painting is reinforced by its opposite number, Jason Benjamin’s Fight Club – a portrait of McLean Edwards himself. If Edwards wins the Archibald it will be easy for the cameras to swivel around from the podium and focus on the winning work.

There is a sound reason for the curators to second-guess the trustees’ thinking. If any of the paintings in this main room are given the prize, then there will be no reason to re-hang and no delaying the announcement.

The two outer rooms are where the also-rans hang. Imants Tillers has submitted a less than successful self-portrait. While his reputation as a major artist, and status as former trustee, would normally have placed him in the winner’s circle, it is really no surprise to see him relegated to the outer circle. Likewise, Jasper Knight’s portrait of the late Adam Cullen looks better as a reproduction than in reality.

For my mind there is one painting in the room of the also-rans that really should be a serious contender for this year’s Archibald Prize. Julie Dowling’s Wilfred Hicks is classic in its simple constrained palette.

She has captured the pain of her subject’s struggle, the wisdom of his years. There are none of the gimmicks which sometimes over-egged her earlier work. Her style here is realist, without being stultifyingly photorealist. It is a pleasure and a surprise to see a work of this quality in the Archibald.

In a year where party politicians are so on the nose that very few bothered to paint them, it is good to see an honorable campaigner for Aboriginal heritage honoured with such a distinguished portrait. It might not win the Archibald, but it definitely belongs in the National Portrait Gallery.

Joanna Mendelssohn is an Associate Professor in the School of Art History and Art Education, COFA.

Why are so many arts organisations run by blokes?