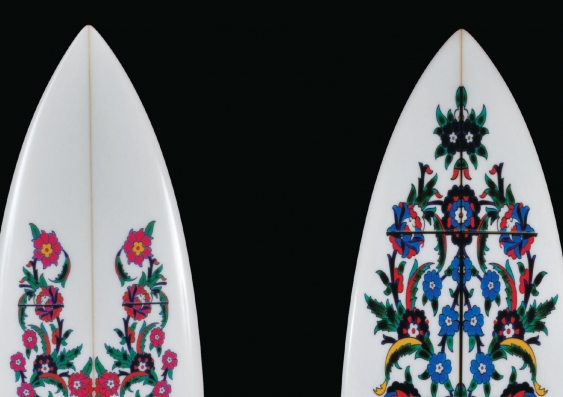 Phillip George in Dubai with his 'Eden' surfboard

The surfboards are printed with photographic images taken in various Persian, Ottoman and Arabic mosques during George’s extensive travels in the Middle East.

The series of three intricately inscribed surfboards, entitled Bronze, Damascus and Iznik, were selected by the Islamic Museum of Australia’s art director as an example of Islamic art merging with Australian popular culture.

“Phillip is an artist of significant relevance producing work which creatively explores the particular set of cultural circumstances that exist within the Australian landscape,” Nur Shkembi said. “His surfboards remind us that different cultures and faiths can embrace the aesthetic of various art forms to produce distinct works.”

George is one of only two non-Muslim artists exhibiting in the museum.

He said he hopes the unique integration of Australian beach culture with Islamic art will help bridge the tense cultural divide that culminated in the 2005 Cronulla Riots in Sydney.

“From an Arabic point of view the designs are familiar, but when you see them on a surfboard they claim some space for Muslims in the Aussie surf scene,” said George.

He said the motifs were replicated with the “utmost respect” for Muslim culture despite their unusual placement.

“None of the boards will be stood on or ridden – they are art works.”

George, a 2010 Blake Prize finalist, has exhibited his boards at the Art Dubai festival and the National Gallery of Australia. The surfboards are also featured in the publication,100 stories from the Australian National Maritime Museum.

Based in Melbourne’s northern suburbs, the Islamic Museum aims to present a unique insight into Islamic culture to help address the many misconceptions about Islamic faith prevalent in society.

The Museum was officially opened by Federal Treasurer Joe Hockey this week. 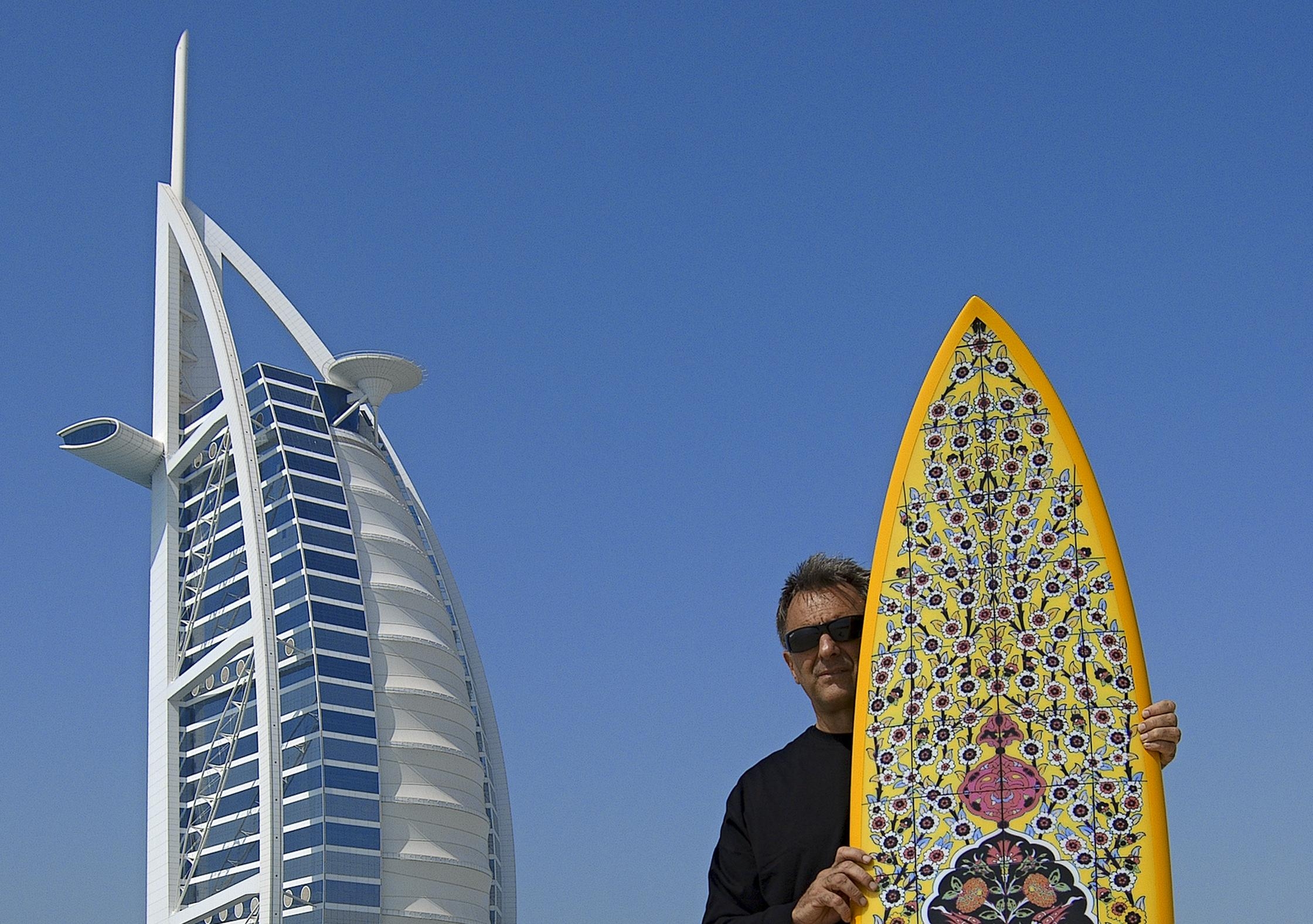 Phillip George in Dubai with his 'Eden' surfboard