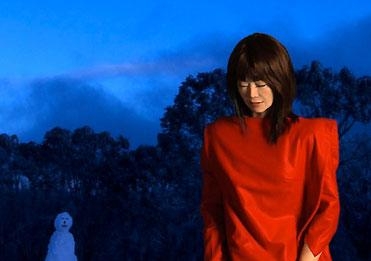 The Woman and the Snowman

“When electronic art started 20 years ago, it was a really edgy concept that not everybody accepted, but now we’re saying ‘get over it’ because it’s a persistent and pervasive force in today’s world,” says newly appointed Dean of the College of Fine Arts, Professor Ross Harley.

The showcase of electronic and media-based art works, presented in Sydney for only the second time, will examine the idea that resistance to electronic art is futile.

A practising artist and writer in the field of new media and popular culture, Professor Harley will bring his experience running the first Sydney-based ISEA in 1992, and more than 40 years media arts experience, to co-chairing ISEA2013.

“Twenty five years ago when the first ISEA was held in the Netherlands, digital electronic art was a novelty,” he said. “It’s a measure of the pace of change that electronic art today is ubiquitous – it’s seeping into every corner of our lives.”

The new Creative Robotics Lab, based in the National Institute of Experimental Art (NIEA), will showcase The Woman and the Snowman a beautiful, humanoid robot created by Professor Hiroshi Ishiguro of Osaka University. NIEA will officially launch the Lab in July.

“ISEA provides the opportunity for artists to reflect on what is happening now, but also to prepare for what’s coming in the not too distant future,” he said.

ISEA2013 is presented by the Australian Network for Art and Technology in conjunction with Vivid Sydney. It runs from 7 – 16 June at various Sydney venues, including COFA.

Watch his interview on ABC Arts

Human-robot interaction in the spotlight

Try this at home