6 ways to bring back the Australian economy 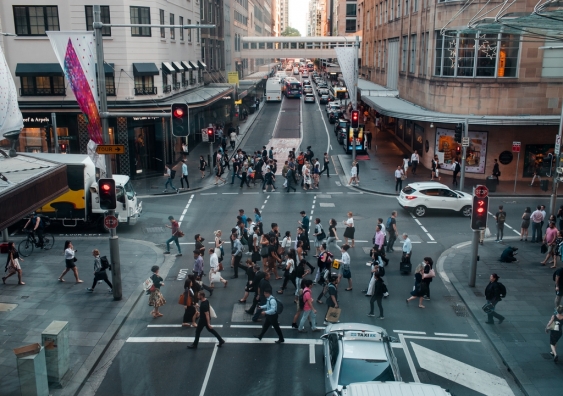 Some experts say the government faces a once-in-a-lifetime opportunity to rebuild and reshape Australia's economy for the better. But does this mean it is time for ambitious market reforms, or should we maintain a social safety net? Is there a chance of a fairer nation, or are we looking down the barrel of post-pandemic austerity?

These were some of the big questions recently discussed by Richard Holden, Professor of Economics at UNSW Business School, alongside a panel of economic experts as part of a UNSW Centre for Ideas webinar.

With the spread of coronavirus now largely under control, what economic reforms should Australia be looking at now to bring back the economy?

The Australian economy is suffering from a supply shock as a significant contraction in economic activity is starting to come back, explained Prof. Holden. He said Australia could expect a "standard recession" brought on by a supply shock stemming from the spread of the novel coronavirus and the subsequent lockdown that was important in protecting public health.

"People are going to be extremely cautious about making financial commitments because they've seen how overextended they can be," said Prof. Holden. "So I think we've got wave one of the economic response, things like JobKeeper and the doubling of JobSeeker, and at some point, either later this year or early next year we're going to see wave two which is going to look a lot more like [the response in] 2008," he said.

"Now is the time to start thinking about turbocharging immigration, taking highly skilled immigrants into Australia who are looking to be in a functioning economy and get out of ones that are suffering," explained Prof. Holden.

There will undoubtedly be some trepidation about the movement of people internationally. But Prof. Holden said it would be necessary for Australia to focus on bringing in more skilled migrants, especially because Australia looked like a safer place than many other countries during the pandemic.

"What advantages are afforded to Australia by an excellent public health response [to coronavirus] is that we can pick up on the international movement of people when other countries are going to struggle to do that," added Prof. Holden.

Now more than ever, Australia needs to increase productivity. "Before this crisis, Australia had virtually zero GDP growth per capita. Living standards were essentially flat going into this [pandemic]," explained Prof. Holden.

So this needs to change if the economy is to recover over the short and long term. "Going with that, we need productivity reforms," added Prof. Holden, as part of what he called the "second wave of plans to recover the economy" required beyond the coronavirus stimulus.

To help stimulate the economy, Prime Minister Scott Morrison recently announced plans for a potential "grand bargain" on industrial relations. But instead of introducing legislation into the parliament, the government created five working groups, consisting of union and business advocates to look at critical issues.

Prof. Holden previously said that a working group is only "shrewd politics" because it allows the government to avoid blame if no significant changes are agreed to. Instead, he advocated for real, seismic industrial relations reform in Australia.

"That's a really important thing for a country that's capital thirsty like Australia ... I think there's going to be an increased possibility of this kind of stuff but also an increased need for it," he said.

While a tax-exempt entity can invest in Australia, in startups and venture capitals, it is very challenging. The venture capital industry in Australia will continue to be constrained by the inability to get international investments in, explained Prof. Holden.

"Getting money from say, a US foundation, into Australia is extremely difficult. It's hard, and it's clunky and, right now, borderline impossible. For example, if Yale University wanted to invest in a venture fund in Australia, it would not be tax-exempt like it would be in the US," he added.

So Australia needs tax reforms to ensure tax-exempt entities with which Australia shares tax treaties can invest in startups and venture capitals to help kickstart the economic recovery. "I think that would be a fairly straightforward thing to get done through a tax reform process," added Prof. Holden.

6. A solution to the job crisis

The road back to the levels of employment pre-crisis is likely to be a long one, especially if the current crisis accelerates the decline of individual businesses, sectors and specific industries that were already in trouble pre-pandemic.

"We're going to see businesses just not come back from this. The workers that are attached to those businesses need to look for new work, and it's going to be hard to find," continued Prof. Holden, who added the government must allow businesses to grow and employ more workers and pay those workers in a way that is flexible for both sides.