There are nine commonly used practices that HR departments use to effectively support employees who are victims of domestic violence, according to recent UNSW Business School research 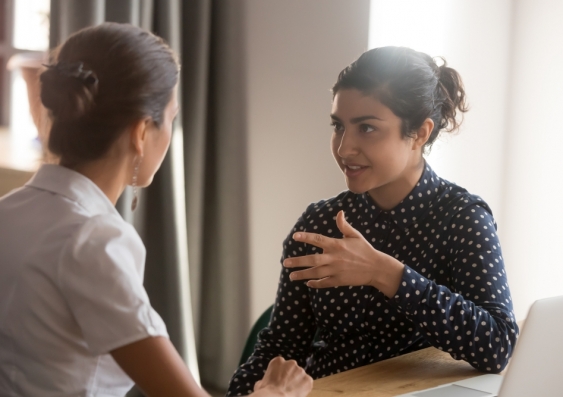 For people who suspect that someone they know through work is experiencing domestic violence, a common response is to feel powerless or confused about whether to intervene.

Is this a personal matter or does the organisation have a role in trying to support employees? Domestic violence charity White Ribbon has found that less than 20 per cent of supervisors said they would feel confident knowing how to help a work colleague experiencing violence outside work.

Professor Karin Sanders from UNSW Business School and fellow researcher Associate Professor Suzanne Chan-Serafin found that many companies prefer to turn a blind eye to issues around domestic abuse in the hope that it will go away. “Our research examines the conditions under which organisations are more or less likely to adopt HR practices to support domestic violence victims through a gender lens,” said Associate Professor Chan-Serafin.

The hard toll of domestic violence

It’s fair to say that despite examples of best practice, to date it has been an issue that HR managers have been notably unequipped to deal with, said Professor Sanders.

“We don’t have a clear picture of what organisations are doing about domestic violence,” she said. “Are they supporting their people through their HR practices?”

More than 60 per cent of women experiencing domestic violence are in work, according to the ABS, with plenty of evidence showing that not only does it affect their personal health and wellbeing but it has a dire impact on their productivity and in some cases, forces women out of the workplace.

Even more reason that organisations and their HR departments should get a handle on how to recognise and respond to domestic violence cases in their midst. And many are. Almost 35 per cent of Australian organisations have a domestic violence policy or strategy, often collaborating with women’s support organisations to understand the issues and how they can best support their employees, according to the UN Women’s report.

The important role of gender balance

“Organisations that wish to address the root causes of violence against women have an obligation to advance gender equality in the workplace,” the report said.

“The more women are visible at all levels in organisations, but particularly in senior management, the more likely it is that domestic violence will be taken seriously.”

One of their key findings is that a female CEO makes it more likely that HR practices for domestic violence victims will be put in place. This is also true if senior management is composed of up to 30 to 35 per cent of women, or if women make up a significant number of the workforce.

How HR can help employees with domestic violence

The research from Professor Sanders and Associate Professor Chan-Serafin found the most commonly-used practices that HR departments employ to support employees who are victims of domestic violence are:

For the full article on how HR can best help employees with domestic violence, visit BusinessThink which shares the latest UNSW Business School research stories, analysis, evidence-based opinion and insights.