The ACCC would like closer scrutiny of digital platforms such as Facebook and Google – in particular with regards to user privacy, market power and operational algorithms. 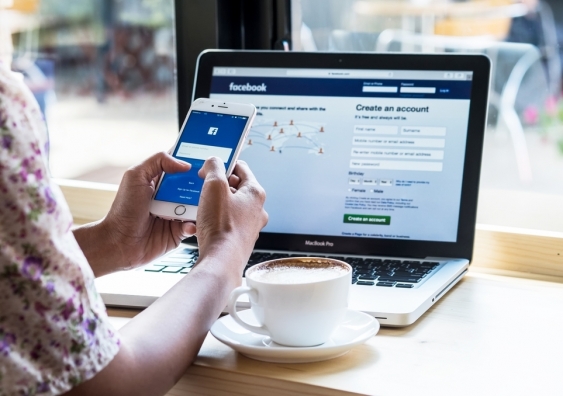 We need new laws to monitor and curb the power wielded by Google, Facebook and other powerful digital platforms, according to the Australian Competition and Consumer Commission (ACCC).

The Preliminary Report on the Digital Platforms Inquiry found major changes to privacy and consumer protection laws are needed, along with alterations to merger law, and a regulator to investigate the operation of the companies’ algorithms.

Getting the enforcement right will be key to the success of these proposed changes.

The report says Google and Facebook each possess substantial power in markets such as online search and social media services in Australia.

It’s not against the law to possess substantial market power alone. But these companies would breach our November 2017 misuse of market power law if they engaged in any conduct with the effect, likely effect or purpose of substantially lessening competition – essentially, blocking rivalry in a market.

Moving forwards, the ACCC has indicated it will scrutinise the accumulation of market power by these platforms more proactively. Noting that “strategic acquisitions by both Google and Facebook have contributed to the market power they currently hold”, the ACCC says it intends to ask large digital platforms to provide advance notice of any planned acquisitions.

While such pre-notification of certain mergers is required in jurisdictions such as the US, it is not currently a requirement in other sectors under the Australian law.

At the moment the ACCC is just asking the platforms to do this voluntarily – but has indicated it may seek to make this a formal requirement if the platforms don’t cooperate with the request. It’s not currently clear how this would be enforced.

The ACCC has also recommended the standard for assessing mergers should be amended to expressly clarify the relevance of data acquired in the transaction as well as the removal of potential competitors.

The law doesn’t explicitly refer to potential competitors in addition to existing competitors at present, and some argue platforms are buying up nascent competitors before the competitive threat becomes apparent.

A regulator to monitor algorithms

According to the ACCC, there is a “lack of transparency” in Google’s and Facebook’s arrangements concerning online advertising and content, which are largely governed by algorithms developed and owned by the companies. These algorithms – essentially a complex set of instructions in the software – determine what ads, search results and news we see, and in what order.

The problem is nobody outside these companies knows how they work or whether they’re producing results that are fair to online advertisers, content producers and consumers.

The report recommends a regulatory authority be given power to monitor, investigate and publish reports on the operation of these algorithms, among other things, to determine whether they are producing unfair or discriminatory results. This would only apply to companies that generate more than A$100 million per annum from digital advertising in Australia.

These algorithms have come under scrutiny elsewhere. The European Commission has previously fined Google €2.42 billion for giving unfair preference to its own shopping comparison services in its search results, relative to rival comparison services, thereby contravening the EU law against abuse of dominance. This decision has been criticised though, for failing to provide Google with a clear way of complying with the law.

The important questions following the ACCC’s recommendation are:

The ACCC has not recommended the regulator have the power to make such orders. It seems the most the regulator would do is introduce some “sunshine” to the impacts of these algorithms which are currently hidden from view, and potentially refer the matter to the ACCC for investigation if this was perceived to amount to a misuse of market power.

If a digital platform discriminates against competitive businesses that rely on its platform – say, app developers or comparison services – so that rivalry is stymied, this could be an important test case under our misuse of market power law. This law was amended in 2017 to address longstanding weaknesses but has not yet been tested in the courts.

The report recommends substantial changes to the Privacy Act and Australian Consumer Law to reduce the power imbalance between the platforms and consumers.

We know from research that most Australians don’t read online privacy policies; many say they don’t understand the privacy terms offered to them, or they feel they have no choice but to accept them. Two thirds say they want more say in how their personal information is used.

The solutions proposed by the ACCC include:

This last recommendation was previously made by the Australian Law Reform Commission in 2014 and 2008, and would finally allow individuals in Australia to sue for harm suffered as a result of such an invasion.

If consent is to be voluntary and specific, companies should not be allowed to “bundle” consents for a number of uses and collections (both necessary and unnecessary) and require consumers to consent to all or none. These are important steps in addressing the unfairness of current data privacy practices.

Together these changes would bring Australia a little closer to the stronger data protection offered in the EU under the General Data Protection Regulation.

But the effectiveness of these changes would depend to a large extent on whether the government would also agree to improve funding and support for the federal privacy regulator, which has been criticised as passive and underfunded.

Another recommended change to consumer protection law would make it illegal to include unfair terms in consumer contracts and impose fines for such a contravention. Currently, for a first-time unfair contract terms “offender”, a court could only “draw a line” through the unfair term such that the company could not force the consumer to comply with it.

Making such terms illegal would increase incentives for companies drafting standard form contracts to make sure they do not include detrimental terms which create a significant imbalance between them and their customers, which are not reasonably necessary to protect their legitimate interests.

The ACCC might also take action on these standard terms under our misleading and deceptive conduct laws. The Italian competition watchdog last week fined Facebook €10 million for conduct including misleading users about the extent of its data collection and practices.

The ACCC appears to be considering the possibility of even broader laws against “unfair” practices, which regulators like the US Federal Trade Commission have used against bad data practices.

As well as 11 recommendations, the report mentions nine areas for “further analysis and assessment” which in itself reflects the complexity of the issues facing the ACCC.

The ACCC is seeking responses and feedback from stakeholders on the preliminary report, before creating a final report in June 2019.

Watch this space – or google it.

Katharine Kemp, Lecturer, Faculty of Law, UNSW, and Co-Leader, 'Data as a Source of Market Power' Research Stream of The Allens Hub for Technology, Law and Innovation, UNSW