Opinion AFL, NRL – it’s time to move on from anti-doping 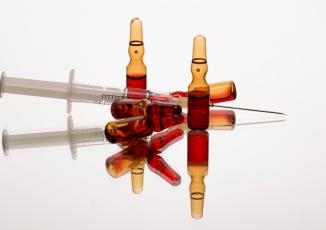 OPINION: With the AFL and NRL “doping scandals” grinding on it seems there’s no end in sight to this saga. But there should be – and soon. Anti-doping will never work and should be replaced with a different approach, as outlined below.

Former president of the World Anti-Doping Agency (WADA) John Fahey has declared the “war on drugs in sport” unwinnable. The fundamental reason for the failure of anti-doping rests with “why”.

The World Anti-Doping Code uses the Spirit of Sport statement as its moral basis – 11 virtues with no clear definition. It never tells us what constitutes courage in sport, or teamwork, or health, or fair play.

As I argued in my submission to the recent Senate Inquiry into sports science, the Spirit statement is ineffective when it comes to guiding behaviour in Australian sport.

Protection and control
After pointing out the hypocrisies, contradictions and paradoxes of anti-doping for a while it becomes like shooting fish in a barrel.
For example, anti-doping ends up protecting the integrity of sport rather than people. The “whereabouts” system that enables out-of-competition testing requires players and athletes to report when and where they will be available for drug testing or be punished – as happened to Australian javelin thrower Jarrod Bannister earlier this month. This sort of control is usually reserved for dangerous convicted criminals rather than athletes unlikely to ever be guilty of a doping offence.

You then have someone watch “the sample leave your body” – which means a stranger scrutinises your genitals as you urinate. Apparently the right to freedom of movement and dignity are denied because “sport” is more important than any individual.

In the attempt to protect the integrity of sport and control athletes' bodies we end up with a ridiculously complex system that defies even the best legal and scientific minds, let alone the poor bloody athletes and their support teams.

From my point of view, the Essendon and Cronulla “scandals” represent the failure of the drug control system rather than a failure of any player, support staff, coach or governance structure.

Indeed, the AFL’s charges against the Essendon Football Club and officials of bringing the game into disrepute smacks of being a punishment for being caught rather than doing something wrong. As I’ve written previously in relation to Lance Armstrong, unless they investigate everyone the process lacks integrity – it is about trashing Essendon rather than doing something about doping in the AFL.

In 2010 I put forward an argument that we need to move on from wasting everyone’s time, pointing out the many deficiencies of anti-doping.

We need to move into second-generation drug control in sport. The AFL and NRL are well placed to do it.

First, show some courage and stop being World Anti-Doping Code compliant. Neither the AFL nor the NRL is ever going to be an Olympic sport so it makes no sense they should have to follow the drug control system mandated by the International Olympic Committee (IOC).

They lose some millions of dollars in Federal Government funding by doing so, but that could easily be recovered elsewhere – perhaps in savings on administrative costs of having to deal with anti-doping.

Second, use the existing structures to set up a “permitted list”. Drawing on the excellent resources of the sports physicians associated with each sport, the players associations, and people who actually have a clue about drug control, the AFL and/or the NRL could set up a list of supplements and prescription drugs that players are allowed to use on their own or under medical supervision.

That list might include substances that aid recovery or enhance performance. It provides clear guidance to general practitioners and non-elite players about what they can use safely and effectively, and may even reduce drug misuse and abuse in non-elite sport where ignorance is a clear and present danger.

Importantly, this system should be run by the players – after all, their bodies are on the line and they understand better than faceless bureaucrats the toll their sport takes.

This emphasis would return the concept of informed decision-making back to drug use in sport rather than the zealotry of the anti-doping crusade and its body count of infidels sacrificed for the greater glory of the IOC.

The list approach also has moral force – when players decide drug use is “cheating” it means something very different to the decision of a career sports administrators. Clubs or pharma companies could apply to the AFL or NRL for substances to be placed on the permitted list.

Substances could be placed on the permitted list after satisfying rigorous tests around the short-, medium- and long-term health implications of their use in the sporting context.

Players should be tested regularly relative to this list – perhaps every two weeks. Any substance detected that is off the list would trigger immediate suspension until the source can be identified along the same lines as other infractions.

The reason for the suspension would be to protect athlete health rather than punishment. A system aimed at preserving the integrity of athletes might well see players wanting to be part of drug control rather than trying to “get away with it”.

The list approach may also reduce the impact of organised crime. Certainly the black market for doping substances would change.

To many this proposal might seem radical. It is actually a variant of Bird and Wagner’s proposalfirst published in 1996, and the position advocated bySavulescu, Foddy and Clayton in 2004. At this point managers in the AFL and NRL are terrified of a system that allows players to use “drugs” – and that’s part of the problem.

Managers need to get in touch with the reality of modern sport. Players already use a wide range of drugs (such as caffeine and painkillers) to cope with the competition imposed on them by managers, coaches, broadcasters, journalists and fans.

All this proposed approach does is codify current practice rather than fight an unwinnable war. The AFL and NRL are big enough to lead the way on this.

Dr Jason Mazanov is a Senior Lecturer in the School of Business at UNSW Canberra.