He took Greece and Europe to the brink of economic disaster. Now again at his country's helm, Alex Tsipras just may be the perfect leader to steer Greece through its troubles, argues Richard Holden. 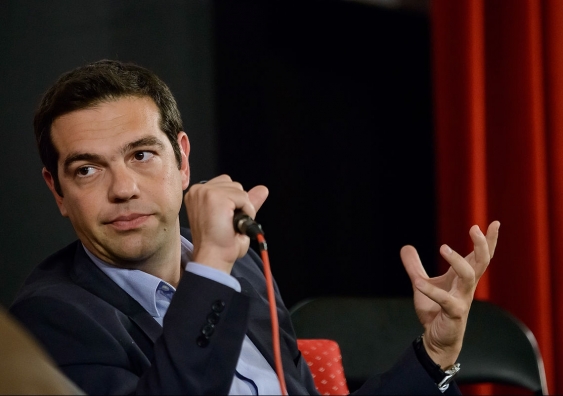 OPINION: Last week, the man who led Greece to the brink of financial Armageddon, Alexis Tsipras, was returned to power in Greek elections. Is it a case of "Here we go again?"

Recall that Tsipras was the Prime Minister who led a government that played chicken with the European Central Bank, International Monetary Fund, and European Commission over the solvency of the Greek financial system just a few months ago.

Greece defaulted on loans it owed to the IMF and then refused to take the required fiscal measures to secure new financing. This led to credit in the Greek economy drying up, capital controls being put in place, and the real economy basically grinding to a halt. It got to the point where tight daily limits had to be put on how much cash could be withdrawn from ATMs, for fear Greek banks would run out of cash. And they nearly did.

"There are a number of reasons to think that this time will be different."

While these events were well under way Tsipras took the bizarre step of calling a referendum, so the Greek populace could vote on the deal being offered by the so-called troika. Calling the referendum effectively tore up the quite sensible deal that was on the table, used up precious time, and caused people to question Tsipras' bona fides and his judgment.

He finally seemed to get it

In the end Tsipras finally seemed to get it. He fired his antagonistic Finance Minister Yanis Varoufakis – who had publicly called his European negotiating partners "terrorists" – and shepherded a bailout deal totaling €86 billion (A$137.3 billion)  through a somewhat skeptical and hostile Parliament, especially because it was less favourable to Greece than the one on the table weeks earlier, before the referendum.

With all this history, shouldn't we be terrified at the prospect of this man being at the helm again, particularly when compared to the seemingly sensible New Democracy leader Evangelos Meimarakis, the main alternative?

There are a number of reasons to think that this time will be different.

First, beginning with the firing of Varoufakis, Tsipras has functionally ridded his Syriza party of its extreme left wing, who wanted nothing more than for Greece to get off the euro, no matter what the cost. Indeed, by calling elections Tsipras forced the hand of that far-left faction, who decided to form their own party. A politician willing to cede power to obtain a better bargaining position over policy? That's pretty impressive, and pretty unusual.

Second, for the bailout to succeed still requires the passage of significant amounts of legislation surrounding budget cuts, tax increases, and privatisations. Those internally controversial measures were terms of the bailout, and if Greece breaches them the bailout package might disappear. That would be catastrophic, almost surely resulting in an exit from the euro and a return to August-style economic atrophy.

The leader most likely

In sum, and rather ironically, he seems the best candidate to follow through on the deal that was finally done in August, despite his initial opposition to it.

And then there are refugees.

The other situation facing Greece, and Europe more generally, is the horrific humanitarian crisis and refugee flow from Syria. With huge numbers of asylum seekers flowing into Europe – and Greece being an attractive conduit – there is the need for co-ordinated action. Tsipras is well placed to handle this.

Too harsh a policy from Greece – trying to close the borders – will probably  be ineffective and frowned upon by the rest of Europe, not to mention the international community. Too accommodative a policy might also be problematic, since co-ordinated action is required to handle the crisis effectively. Tsipras might be just the right balance of left and right on this issue.

During the events of August – as the Greek economy sat on the precipice – I was strongly critical of Tsipras in this newspaper. He made a number of rookie mistakes, with significant consequences, and he took advice from the wrong people – most notably the misguided Varoufakis.

Greece, Europe and the world were very lucky to avoid a disaster.

But to paraphrase John Maynard Keynes, when I get new information I update my views. It seems that Tsipras has done so. And so have I.

And in an interesting addendum, so have capital markets. Greek bond yields reflect comfort in the election outcome.

Richard Holden is professor of economics at UNSW's Business School and is a visiting professor at the Massachusetts Institute of Technology.