A social lending scheme could help bridge the gap between traditional lenders and government welfare for the 2.1 million Australians under high levels of financial stress. 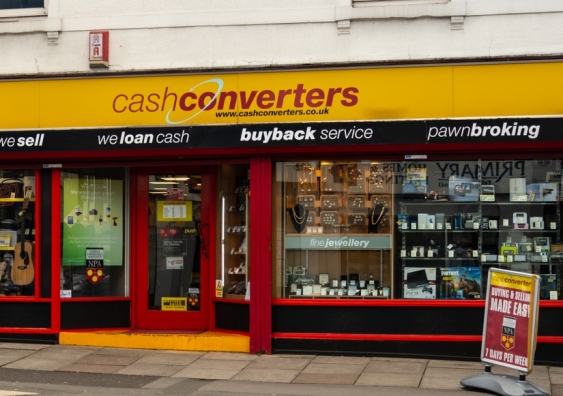 The payday lending industry in Australia is thriving, with borrowers often having no other alternative.

Household debt is at 194% of disposable income – a 10 year high – fuelled by the same financial vulnerability and debt stress that sustains the payday lending industry.

Australian households borrowed more than $1.85 billion from non-bank lenders in the past two years with the average payday customer borrowing $300 four to five times a year. Despite a cap on fees and interest introduced in 2013, the payday loan industry is still flourishing.

The typical payday borrower has limited access to mainstream credit and the No Interest Loan Scheme (NILS) is only available to Health Care or Age Pension card holders, or people earning less than $45,000 after tax.

Payday lenders are legally allowed to charge an establishment fee of 20% of the loan amount with monthly fees of 4% on top.

A McKell Institute report co-authored by UNSW Professor Richard Holden found a $300 payday loan with a four-month repayment period would cost $408 to repay in full.

In comparison, an average credit card with an interest rate of 18% would cost just $305 to repay over the same period.

The report calls out the industry’s “aggressive marketing” tactics, including the on-selling of data of people rejected for a loan to other, higher risk payday loan providers.

The loans are fast and easy to access, and the money is provided as cash. There are few limits on who can access payday loans and there are no restrictions on what they can be used for.

“[Borrowers] usually have no other alternative, at that moment in time they need cash to get a washing machine, for example,” Dr Archana Voola from the UNSW Centre for Social Impact says.

“They’re not really thinking in terms of what is going to happen in the next one year, they’re wanting to cross that bridge now.” 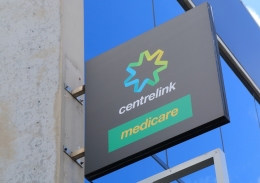 Although the government offers an emergency lending service, applicants say the wait times are too long and the experience is "dehumanising".

The Centre for Social Impact reports that half the population has less than 3 months of savings and 1 in 5 adults feel over-indebted or are just managing to keep up their repayments.

Dr Voola is a research fellow specialising in financial resilience and wellbeing. She says payday borrowers are usually pushed into a cycle of debt.

“It puts them into a debt trap because the interest rate is so high, and you have to take another loan to service the previous loan,” she says.

Emergency cash through Centrelink can have long waiting times and visiting a service centre can be an unpleasant experience for borrowers.

“The wait time for emergency service is high – when you go to Centrelink to apply for an emergency payment, you can be waiting there for half a day, what happens if you have to pick up your child from school? Instead, you would go for the more convenient payday lender,” Dr Voola says.

“One of the women I interviewed spoke about how dehumanised she felt waiting and being shouted at – everyone around her could hear. Distance is also a big issue in rural or remote areas – this is a big reason why they might be pushed away.”

The No Interest Loan Scheme (NILS) administered by Good Shepherd Microfinance is provided by more than 160 community organisations for loans up to $1,500 – provided you meet the eligibility criteria.

Every week, NILS providers receive 2,200 applications for affordable credit and in the 2017-18 financial year, more than 27,000 NILS loans were written. However, the loans cannot be used for basic necessities like paying rent or bills.

A Social Emergency Lending proposal would allow all Australians earning under $100,000 to access a low-interest loan of up to $500.

The proposal was put forward by UNSW Professors Richard Holden and Rosalind Dixon, alongside Madeleine Holme from the McKell Institute.

The lending scheme would have quick approvals and repayments would be made through the tax system – addressing the growing need for a low-cost government scheme that provides fast and efficient service.