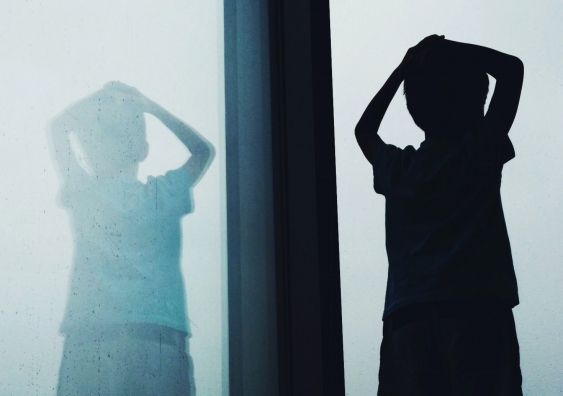 Latest figures reveal that Aboriginal and Torres Strait Islander children and young people account for 43 per cent of all children in out-of-home care. Photo: Unsplash

The government response to Family is Culture, an independent review into Aboriginal children and young people in NSW out-of-home care, has been “slow, piecemeal, and in some instances, misdirected”.

That is the view of the review’s chair, Professor Megan Davis, two years after the final report was released.

The anniversary of the review comes with the revelation that the Aboriginal child removal crisis in NSW is worsening.

First Nations children and young people account for 43 per cent of all children in care, compared with 37.5 per cent in the year examined by the review.

The number of Aboriginal children in care has increased in both absolute and proportional terms compared with last year.

This occurred despite the total number of all children in care reducing during the same period.

The comprehensive Family is Culture report, released in 2019, revealed unethical practices, a culture of non-compliance, and a significant lack of accountability in the NSW child protection system.

Spanning 432 pages, the review examined all cases of Aboriginal children and young people who entered out-of-home care in NSW in 2015-16.

The poor practices revealed in the review included removing newborn babies from hospital, at times without warning or notification to the mother or other kin.

Several of these instances occurred with no prior support or intervention despite child protection reports highlighting the need for early intervention and family support.

“The report highlights a system that routinely and dramatically fails Aboriginal children and their families,” Prof Davis says.

“But the report also provides a blueprint on the way forward. Our recommendations are specific and interconnected.

“They provide a framework for the system to better function, and outline what structural and statutory changes are needed to protect Aboriginal children, families and communities.

“Two years later, meaningful implementation of many urgent recommendations simply has not occurred.”

The report was delivered with a sense of urgency, Prof Davis says, yet the response has been “the opposite”.

The NSW Department of Families and Justice has stated that 94 of the recommendations are completed or currently in the process of being implemented.

However, independent analysis instead shows that most recommendations have been delayed, are under review, or the department is undertaking ‘scoping’ exercises.

Many recommendations the government describes as being “in progress” are also absent of time frames or deadlines for implementation.

In other examples implementation actions or projects do not correlate with the original recommendation as made, Prof Davis says. 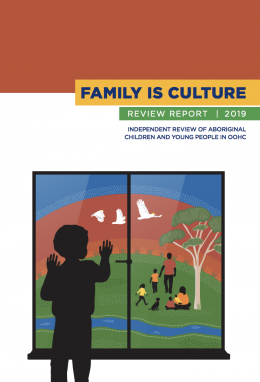 The review examined all cases of First Nations children in out-of-home care in NSW during 2015-16. Image: Family is Culture review, artwork by Charmaine Mumbulla.

Key steps taken by the department, such as appointing an Aboriginal Deputy Children’s Guardian and developing a “knowledge circle”, were not recommendations in the review.

While there have been some positive actions taken in response to the report, it is “not nearly enough to create tangible change”.

This assessment of the government’s response is also shared by AbSec – the NSW Child, Family and Community Peak Aboriginal Corporation.

This week, AbSec and the Aboriginal Legal Service (ALS) released a new NSW Aboriginal community monitoring and reporting framework, designed to independently assess the implementation of the Family is Culture recommendations.

“Business-as-usual is not good enough when it comes to improving the lives of Aboriginal children,” John Leha, CEO of AbSec, says.

“For every year the government delays action, the state will remove around 900 Aboriginal children and young people from their families.

“The sector is demanding reform through the full implementation of all 126 Family is Culture recommendations to create a brighter future for Aboriginal children and their families.”

Not just numbers: ‘This our children, our future’

Behind these numbers and percentages are Aboriginal children, young people, and their families.

For Aboriginal and Torres Strait Islander people, there is a long and painful history of state-sanctioned child removal practices, as powerfully examined in the 1997 Bringing them Home Report.

In 2008, then Prime Minister Kevin Rudd formally apologised on behalf of prior governments to the Stolen Generations and the First Nations community for these actions. 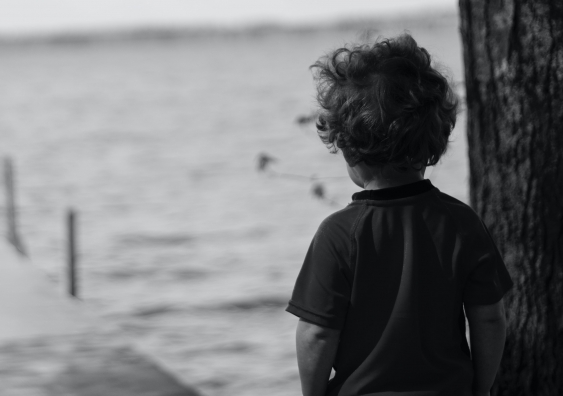 Shocking details were revealed at recent NSW Budget Estimates of a 12 year old Aboriginal boy who spent over 300 days alone in an apartment. Photo: Unsplash

“When we see the number of Aboriginal children entering care increase, we see another generation at risk,” Prof Davis says.

“When we see high numbers of Aboriginal children remain in care without adequate restoration efforts being made, we see a system failing our kids.

“When children in care are 16 times more likely to have interactions with the youth justice system, we see a long-sustained cycle continue.

“These are our children, our future. Aboriginal children deserve a future with culture and kin. They deserve better.”

Further shocking details of Aboriginal children’s experiences in care were described at recent NSW Budget Estimates, where it was revealed a 12-year-old Aboriginal boy had spent over 300 days alone in an apartment. The boy was in an ‘emergency’ alternative care arrangement. 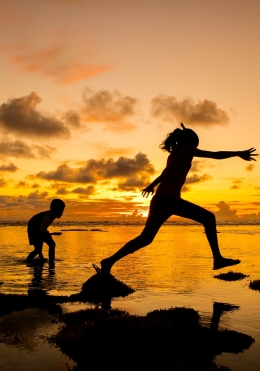 NSW Government says recommendations relating to statutory changes have been put off to 2024. Photo: Unsplash.

The boy is one of 91 children living in ‘last resort’ or ‘emergency’ alternative care arrangements. Of the 91 children, 47 per cent are Aboriginal or Torres Strait Islander.

These examples are tragic and unacceptable, Prof Davis says, yet reflect what was found in the Family is Culture review years ago.

“There were unethical practices we uncovered, and they also highlight a lack of accountability.

“Substantive change should be a matter of priority and urgency.

“We heard about and examined cases that included removing a child while the mother was out shopping, removing a young person while they attended their formal, and removals that occurred past midnight.”

That is why steps for independent commission — one of the core recommendations in the review — need to be expedited.

“Saying you will generate another report to assess a recommendation does not amount to implementing a recommendation — which is what is claimed several times in the government’s latest progress report.

“More needs to be done to action the specific recommendations”, Prof Davis says.

“Much of the government response to the review is ‘window dressing’ and is indicative of an issue the review explored: that of ritualism.

“Despite the outward appearance of compliance – glossy brochures, progress reports with colourful graphs, lip service to change – there is an entrenched culture of non-compliance.”

“These bureaucratic rituals impact children’s lives. The department needs to take action that is real and tangible.” 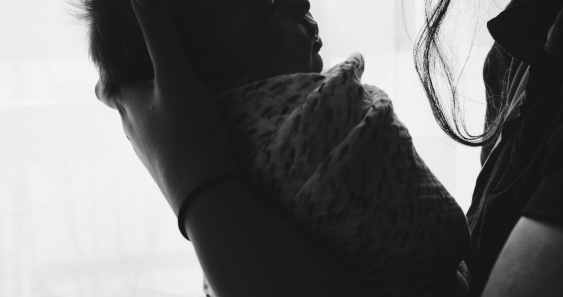 In the two years since the release of Family is Culture, there is evidence concerning practices continue.

Last year, an Aboriginal child was removed and assumed into state care on the day after birth without proper justification, Children’s Court findings reveal.

The Department of Communities and Justice’s decision to remove the child shortly after birth was made six months prior to the birth of the child, “without undertaking a full and proper assessment”.

The pre-planned removal of the child was based on an incomplete assessment and any assessment up to and after birth was inadequate, flawed, and unreliable.

Department officers “were focused on preparing for that [removal] to occur rather than assessing the real situation at the time of his birth”, a damning Children’s Court judgment that dismissed the Secretary’s application states.

“This case is harrowing and shows that unethical removals are still occurring,” Prof Davis says.

“There were cruel decisions made based on unsupported and speculative considerations.

“This included a plan where the mother would be prohibited from breastfeeding and breast milk would be provided to the newborn through a bottle, without the mother present.”

The mother has a mild intellectual disability, which seemed to heavily influence the department’s decision to remove the child, despite no evidence this would impact the care and wellbeing of the child.

Court documents reveal that after the pregnancy became known, the mother maintained a healthy diet for herself and the baby. She attended all the required antenatal appointments, volunteered to participate in pregnancy conferencing, and obtained professional support in relation to the child.

Hospital assessments in the lead up to the birth noted the mother spoke positively about the child, there were no signs of risk and the child was healthy. The mother had also given the child a name at this time.

As the court documents detail, it was also a unique situation.

The mother of the child had a carer herself. The carer and the mother viewed each other as family. However, the department never factored in the role the carer would have in supporting both the child and the mother.

The department planned to place the child with an unrelated foster carer.

After the child was removed from the hospital and placed into state care, the mother’s carer brought an urgent application to be joined to proceedings.

In a subsequent District Court ruling this May – regarding costs – the judge found the carer's actions were “materially instrumental” in bringing important facts and issues to light in regards to the health, wellbeing and welfare of the child.

The judge stated this resulted in the Children's Court “unhesitatingly dismissing the Secretary's application”.

If the carer did not take this swift action, “a different outcome might possibly have been more...arguable by the Secretary”.

This shows the power imbalance faced by mothers and parents when removal decisions are made, Prof Davis says.

“If it were not for the carer being able to take swift action, and have resources to act quickly, the removal may have been upheld and not dismissed,” she says.

“Even in the District Court proceedings where legal costs were awarded to the carer, the department maintained that filing the application to the Children’s Court had merit.

“This despite the court dismissing the application as unjustified.”

Professor Megan Davis is UNSW Pro Vice-Chancellor Indigenous, Balnaves Chair in Constitutional Law and Professor of Law. She is the Chair and Expert Member of the United Nations Expert Mechanism on the Rights of Indigenous Peoples.

Prof Davis was the Chairperson of Family is Culture, an independent review of Aboriginal children in out-of-home care, commissioned by the Department of Communities and Justice in 2016 (then FACS) and released in November 2019.