While public hearings may encourage some witnesses to approach an anti-corruption commission, others may be deterred, write Gabrielle Appleby and Grant Hoole. 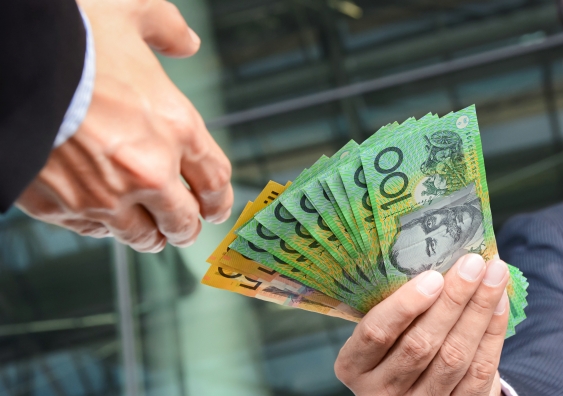 OPINION: There is a renewed push for a federal anti-corruption commission. A key and unresolved dimension to the debate is whether such a commission should be able to conduct its investigations in public.

Unfortunately, this debate often conflates public hearings with the need for publicity in a commission’s investigations.

Publicity is fundamental for fostering public confidence, promoting transparency and even ­facilitating a commission’s investigations. But public hearings are only one way of achieving publicity, and can carry with them significant and unjustified costs.

Anti-corruption commissions have extraordinary powers. They can compel witness testimony and the production of documents. In doing so, they are not bound by safeguards found in the rules of evidence and may override traditional privileges against providing information and answering questions.

These powers, extraordinary as they are, are justified on the basis that the commission’s role is to ­investigate corruption, and corruption is of a peculiar nature.

Corruption involves the abuse of public power, it can be systemic, it is shrouded in secrecy and, as such, it is difficult for other investigative agencies to uncover. Corruption also uniquely engages the risk the public will lose faith in the officials who serve them.

But the jettisoning of traditional common law protections comes at a price. The rules of evidence and privilege were designed to protect individuals from the abuse of state power.

Removing these protections heralds the possibility that individual privacy and dignity will ­suffer. Departure from ordinary common law protections can be justified in the service of pressing public objectives, but those departures must always be narrow and limited to purpose.

Concerns around the use of compelled evidence to prosecute individuals are partly addressed by limiting its admission in judicial proceedings, but these barriers are imperfect and they do little to ­address the impact of compulsory public testimony on individual privacy and dignity.

In our view, the public interest justifies public hearings only in narrow instances, when a crisis in confidence is so great that it ­demands immediate, transparent and high-profile action by an anti-corruption commission.

Public hearings into corruption are often defended on the basis that they have the capacity to ­increase public awareness of government impropriety and increase confidence in the work of an anti-corruption commission. They may bring out new witnesses and assist in the investigation.

However, public hearings carry with them the risk that investi­gative proceedings will be con­flated with legal determinations of guilt or innocence. This will be ­exacerbated when public hearings are sensationalised in media coverage.

There is also the possibility that public hearings will jeopardise continuing investigations or ­future trials. While public hearings may encourage some witnesses to come forward, others may be deterred, particularly when they risk personal stigma for involvement in flawed organisational policies or practices. In circumstances where corruption is systemic and responsibility for wrongdoing is diffuse, the privacy of a commission’s ­investigation may in fact facilitate greater witness co-operation and candour.

The statutes that establish anti-corruption commissions in most states provide commissions with a discretionary power to hold a public hearing.

In NSW, for instance, the statute provides that the Independent Commission Against Corruption may conduct a public inquiry “if it is satisfied that it is in the public ­interest to do so”.

The commission is directed to consider the benefit of exposing corrupt conduct to the public; the seriousness of the allegation or complaint being investigated; any risk of undue prejudice to a person’s reputation; and whether the public interest in exposing the matter is outweighed by the public interest in preserving the privacy of the persons concerned.

In our view, the public interest justifies public hearings only in narrow instances, when a crisis in confidence is so great that it ­demands immediate, transparent and high-profile action by an anti-corruption commission.

Outside this context, commissions can and should be empowered to generate publicity, but in other, less damaging ways.

The power to issue public ­reports is an overlooked mechanism to achieve the benefits of ­publicity.

Public reporting exposes the public to government corruption. It can maintain appropriate confidentiality for witnesses to reduce fears of exposure, stigma and possible retribution.

Designing an anti-corruption commission is a difficult task with multiple intersecting objectives. A commission must be sufficiently empowered to achieve its objectives of investigating corruption and fostering public confidence. But it must respect the rights and reputation of individuals who come before it.

They are, after all, not standing trial but are under investigation. They should be treated accordingly.

Gabrielle Appleby is an associate professor at UNSW Law.

Grant Hoole is a postdoctoral fellow at UNSW Law.