Apple and Foxconn: how can suppliers fight a tech giant?

There are ways suppliers can resist the demands of more powerful companies and treat their people better, says UNSW Business School's Maggie Dong.

Over the past decade, Foxconn has made headlines over its exploitation of employees and poor working conditions. Apple, in turn, has faced heavy public scrutiny for continuing to benefit from low labour costs, which promote poor conditions and the unethical treatment of workers inside its iPhone factories.

Recently, Apple put Foxconn's southern Indian factory on probation following protests after hundreds of women working at the plant and living in a hostel had to be treated for food poisoning, a concern both the firms acknowledged and pledged to address.

With Foxconn predicting supply chain issues will persist through to the second half of 2022, many are wondering if Apple has taken any tangible steps towards improving its global supply chain, and especially its reliance on cheap labour and low taxes in countries like China.

Reports also show Apple has either refused or has been slow to stop doing business with other suppliers, including Suyin Electronics, a company that has repeatedly violated labour laws and failed to improve workplace safety.

So what can suppliers like Foxconn do to put pressure on companies like Apple to address such power imbalances that exist in their global supply chains? 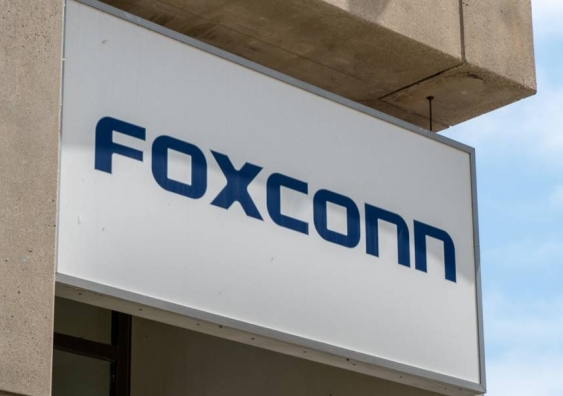 For many years Apple has been aware of several human rights concerns at Foxconn factories including suicides, excessive overtime and low wages. Photo: Shutterstock

A closer look at power imbalances in Apple's supply chain

Studies to date have primarily focused on the advantages gained by powerful companies like Apple from outsourcing through cheaper labour overseas, while little research into adverse effects associated with this practice has been conducted.

But a previously published paper co-authored by UNSW Business School's Associate Professor Maggie Chuoyan Dong examines the disadvantages as well as some of the potential solutions.

The most common challenges, particularly for the supplier organisations in managing relationships with influential clients, stem from the power imbalance between these organisations, explained A/Prof. Dong.

Apple is powerful, she said, while Foxconn faces narrow profit margins – with which it has to make enough money for its shareholders.

The pursuit of profit has forced Foxconn to put additional pressure on employees, which in turn has led to poor and unsafe labour conditions as well as employee suicides (first reported back in 2010), said A/Prof. Dong, who was recently appointed Head of the School of Marketing at UNSW Business School, and formerly served as Associate Professor at the Department of Marketing, City University of Hong Kong.

“There are certainly production management issues within Foxconn. Given the limited/poor margin, there is also the power imbalance issue within its relationships with Apple, which forces Foxconn to reduce costs,” explained A/Prof. Dong.

“There are profitability challenges and the risk that Foxconn can be replaced at any time, at any moment, without any reason. So these are the huge challenges they need to face and sometimes may find some unethical or illegal ways to deal with them.”

The imbalanced supply chain relationship between Apple and Foxconn 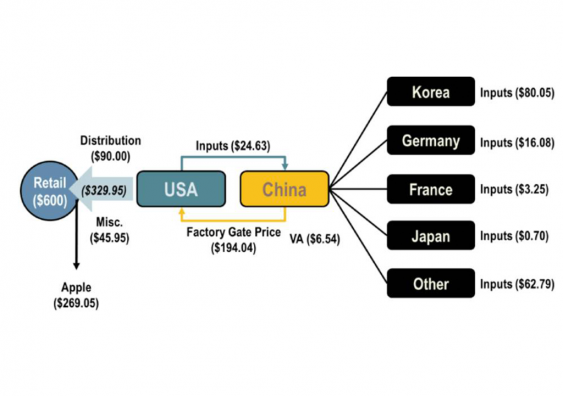 The graph shows an example of the reported value-added (VA) by Foxconn and other costs vs Apple's profit from an iPhone sale. Figures are in US dollars. Source: The Geography of Transport Systems https://transportgeography.org/

The profit problem: why Apple must pay up

Profitability is often a considerable challenge for global suppliers. “Foxconn needs to survive. What they want least is to have to close the company. So first, to break even, and then to make money... they will try every possible chance to make a profit,” said A/Prof. Dong.

So with tremendous pressure from Apple to deliver on orders, despite being given minimal time at a low price, Foxconn is trapped in an unhealthy loop. While there are a few things companies like Foxconn can do, the onus is really on the big players like Apple to invest more into their relationships with suppliers, said A/Prof. Dong.

“First, if you want this relationship to be more balanced, to sustain for the longer term, and with more commitments, you need to find ways to encourage the powerful parties, say Apple, to invest more,” explained A/Prof. Dong. So if Apple values Foxconn as a long-term supplier, it will have to show this by investing more into their relationship. 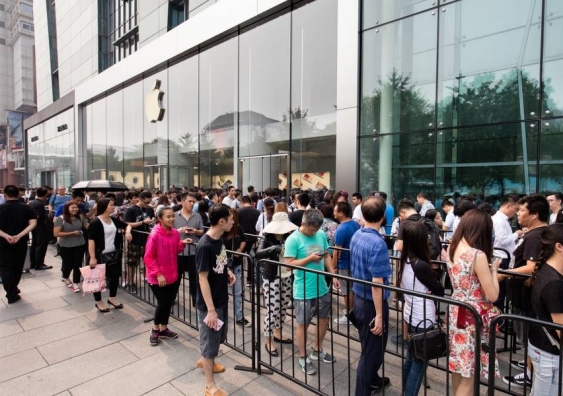 If Apple were a country it would be the eighth richest in the world with a GDP of over US$900 billion (A$1.2 trillion). Photo: Shutterstock

“Suppliers lack resources like finances, technology, branding, so they need to leverage external resources like network alliances/national databases, to network and collaborate with other business partners,” she said. “Together with this business network, they can put more pressure on companies like Apple... together they can build a healthier, more functional relationship that is more stable.”

Another solution is for the suppliers to form stronger networks and collaborative relationships with government institutions or global NGOs that address poor working conditions in various countries. This will help put societal pressure on companies like Apple to do the right thing.

“Apple is a large listed company and its societal reputation matters. It matters a lot to Apple,” concluded A/Prof. Dong.

The original version of this story was published on BusinessThink.

Maggie Chuoyan Dong is an Associate Professor and was recently appointed Head of School in the School of Marketing at UNSW Business School. Her research interests range from international and business marketing to distribution channels and the marketing-operations interface with a strong focus on a range of supply chain management topics (including the product development-supply chain-finance interface). For more information, please get in touch with A/Prof. Dong directl