Keeping public information about companies locked up behind paywalls and maintained by private interests is not in the public interest, writes Jeffrey Knapp. 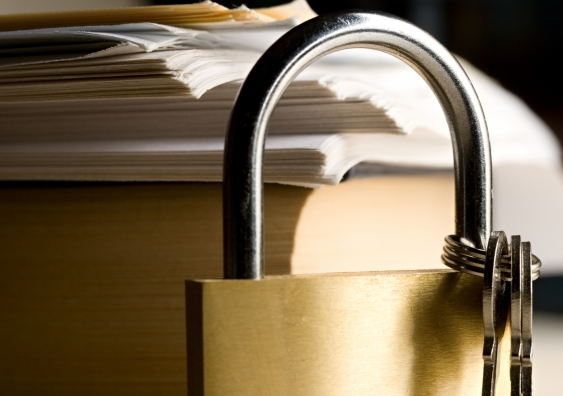 OPINION: The Australian government is planning to privatise the management of the Australian Securities and Investments Commission database of companies. This is a potentially damaging move which goes against the government’s own open data policy.

On behalf of the Australian government, ASIC currently charges businesses and individuals around A$50 million each year for company searches. The information covers everything from details of shareholders and company officers (A$19 per document) and their roles and relationships with other bodies, to financial reports and records of charges over company assets (A$38 per document).

It is undoubtedly a great money-spinner to charge members of the public more than A$1 per page for a downloaded pdf document. However, the original legislative purpose of making information about companies publicly available was surely not so that the Australian government could profit from selling that information. Indeed, there is no public policy or economic rationale for the charges.

The movement of company data from public to private hands is likely to entrench the charges for public information about companies. The corporate database is likely to be treated as nothing more than a cash cow.

Inevitably the focus will be on how to fatten the cow. The question asked will not be should we make [so much] money from public information, but how can we make more? The adverse economic consequences and lost productivity benefits that flow from costly public data will not enter the calculations.

In March 2014 Malcolm Turnbull, then communications minister, made the following salient comments:

To be frank with you, I think it is really regrettable that ASIC’s data is behind a paywall.

I have to say as a matter of principle, I don’t think the government should be charging the public for data.

Obviously these are tough and troubled times from a budgetary point of view – and there will be all sorts of contractual issues – but really, the productivity benefits from making data freely available are so much greater than whatever revenues you can generate from them.

Our goal is … wherever possible to make that data accessible and free.

Our prime minister’s reported comments are consistent with the Australian government’s own 2015 Public Data Policy. This commits to optimising the use and reuse of public data, releasing non-sensitive data as open by default, and collaborating with the private and research sectors to extend the value of public data for the benefit of the Australian public.

I know many accounting academics who wish to conduct research to inform public policy using the financial reports on ASIC’s database. They are prevented from doing so because they do not have a spare A$50,000 lying around to buy the data.

Academics are not the only ones who would benefit from making ASIC’s public data freely available. It would also help individuals to scrutinise corporate affairs and, in doing so, make valuable contributions to the Australian regulatory authorities. This is the Jerry Maguire principle of public administration: help me, help you.

In carrying out its regulatory functions, ASIC relies heavily on complaints and reports of corporate misconduct received from individuals. Let’s do a cause and effect analysis here: the higher the charges for corporate information, the lower the scrutiny of corporate affairs by individuals, the fewer complaints made to ASIC, the weaker and more untimely corporate regulation.

The 2014 Senate inquiry report into the performance of ASIC must have had such an analysis in mind when it recommended that ASIC charges be brought into line with other jurisdictions. Searching for public information about companies is free in New Zealand and the United Kingdom.

The 2010 Senate inquiry report into insolvency practitioners is archetypal of the public policy problem. This committee found overwhelming evidence of bad and illegal practices in the insolvency industry. These practices thrived while there was low scrutiny and costly and missing financial information. ASIC was unaware of the nature and extent of what was going on.

Similar to ASIC, the Australian Taxation Office (ATO) relies on individuals to inform it of taxation misconduct by corporations. The same cause and effect analysis for complaints made to ASIC applies.

In carrying out its functions, the ATO is effectively hamstrung if individuals are unable to freely scrutinise the financial affairs of corporations and make timely complaints or reports. The heaving lifting of scrutiny and accountability in taxation falls on the few and the public purse is worse off because of it.

The 2015 Senate inquiry into corporate tax avoidance was remarkable not so much for the outlandish evidence of aggressive tax avoidance, but the incredulous expressions of senators in the Sydney hearing room as the evidence emerged. It was almost possible to read their thoughts: how could it be that we, the elected representatives of the people, could have missed this disgraceful state of tax affairs and for so long?

The answer, of course, is that there was a lack of timely genuine scrutiny by the public. It finally fell to investigative journalists such as Michael West (then of Fairfax) to blow the whistle after acquiring the financial reports of various multinational companies.

Small businesses – often described as the engine room of the Australian economy – could also benefit from freely available company data. Small businesses and contractors should be able to educate themselves about the affairs of their corporate customers without having to pay the government for the privilege.

Employees and their representatives should likewise be able to freely access public information about corporate employers. Employees have an active and ongoing economic interest in a company, not least because of the employee benefits they accumulate such as annual leave, long service leave and superannuation contributions.

It is inefficient for the Australian government to levy charges that discourage timely regular scrutiny of large companies by employees. The social costs can be high when a company fails. Uninformed employees are likely to suffer shock and dislocation. Meanwhile the government often incurs the cost of paying out accumulated employee benefits.

In the public interest

Keeping public information about companies locked up behind paywalls and maintained by private interests is not in the public interest.

Free public information about companies in public hands will contribute to higher transparency, better governance and accountability, and less secrecy, incompetence, fraud and corruption. If the ASIC corporate database is sold, the opposite effects are virtually certain.

Jeffrey Knapp is a lecturer in Accounting, UNSW.