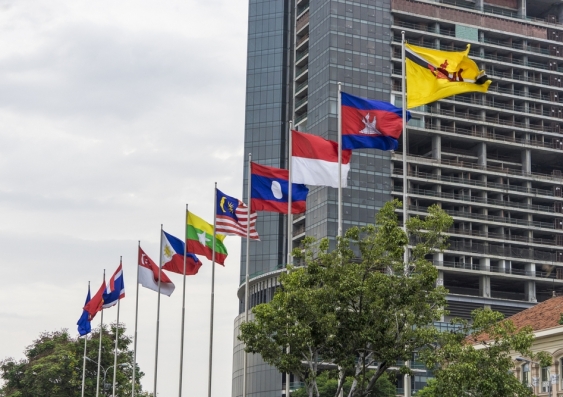 OPINION The Association of Southeast Asian Nations (ASEAN) has achieved important milestones in recent years, such as the establishment of the ASEAN Economic Community and the ASEAN Free Trade Area.

But these were just the first steps towards a single market. Removing trade and other barriers among ASEAN countries would create a more effective regional block, representing a combined economy of US$2.6 trillion and over 622 million people.

Not only could this raise the incomes of people living in the ASEAN region, it is a huge opportunity for Australia to export technology, higher education, agricultural products and natural resources such as gas.

ASEAN has experienced over 7% growth per annum over past decades.

Total trade in ASEAN increased by nearly US$1 trillion between 2007 and 2014, with trade between ASEAN countries comprising the largest share.

Rapid economic growth has also created a lot of demand for capital to finance economic development. ASEAN attracted US$136 billion and US$121 billion in foreign direct investment in 2014 and 2015 respectively, accounting for 11% of total global foreign investment inflows.

Advantages and disadvantages of ASEAN

ASEAN was established in 1968 to strengthen regional co-operation and to deal with geopolitical challenges following the Second World War and the cold war.

These events instigated decolonisation in Southeast Asia, leading to the emergence of independent and sovereign nations. There was a need for new relationships and co-operation within the region to prevent outsiders stepping in once again.

An organisation like ASEAN was also required to protect heavily agriculture-dependent economies in Southeast Asia against fast-growing and large countries like China and India.

But there are challenges to ASEAN integration without implementation of full regional economic and financial systems.

This is exemplified by the Asian Financial Crisis in 1997. Pressure on Thailand’s currency forced the government to devalue the baht. This soon spread to the Philippines, Indonesia and Malaysia.

As Michael Heng points out, the crucial difference between the European Union and ASEAN is that countries in the latter grouping have not been willing to surrender their national sovereignty in the interests of building a community.

The differences between ASEAN and the European Union with respect to supranational bodies may be due to their respective histories.

In contrast, ASEAN, following the relatively recent decolonisation process, has formed newly independent countries without a foundational heritage or history.

But we shouldn’t forget that the concept of the European identity did not stop the Europeans from having many political and religious wars over centuries.

Trade, investment and technological tools are removing the barriers to nations increasing their economic and political integration in the 21st century.

Past shared history and/or cultural, ethnical or religious homogeneity can no longer be the only determinants of the level of co-operation among nations.

ASEAN, despite its various shortcomings, has established one of the most stable regional intergovernmental organisations.

ASEAN should remain resilient among political and economic pressures, and persevere with its “ASEAN Economic Community 2025” vision to achieve improved economic co-operation.

There is value to “enhancing participation in global value chains”. To achieve this, it may be important to acknowledge ASEAN’s co-operation with China, South Korea and Japan, known as “ASEAN Plus Three”.

Similarly, having Australia, New Zealand and India as part of the process of economic and financial integration (ASEAN Plus Six) will accelerate the pace of integration among the ASEAN countries.

Australia, New Zealand and India bring complementary perspectives and values that could modernise the overall architecture of ASEAN, facilitating deeper integration with ASEAN and assisting integration with other major Asian countries.

Richard Yu, a research assistant at the Institute of Global Finance at UNSW, contributed to this article.

Fariborz Moshirian is a Professor of Finance and Director of the Institute of Global Finance at UNSW.