Opinion Australia is bankrupting its standing with 'deportation by destitution' policy 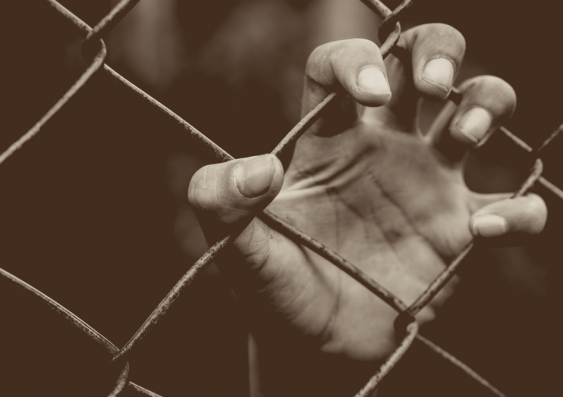 OPINION: Australia's latest asylum policy appears to be deportation by destitution. By cutting financial support from 100 asylum seekers and issuing a new "final departure Bridging E Visa", the government is putting vulnerable people at risk of homelessness and privation. This might seem like an act with purely domestic consequences. But Australia's harsh asylum policies impact not only on those individuals living onshore and in limbo, or held on Manus or Nauru. They also have a deep and abiding impact on the nation's international reputation, which matters.

Earlier this year, the United Nations Human Rights Council heard evidence of "deteriorating mental health, homelessness and destitution" among asylum seekers living in the Australian community. Special Rapporteur for the human rights of migrants François Crepeau told the council that Australia's asylum policies "blemish" the country's human rights record. Now, removing welfare and shelter from this small group of asylum seekers will exacerbate their plight and stretch what Crepeau recognised as the dedication and energy of civil society organisations.

The irony is, Australia's international credibility in humanitarian affairs is essential to achieving what the government wants from its current asylum policy. In 2016, the Obama administration agreed to the Turnbull government's request to consider resettling refugees from Manus and Nauru in the US only because of Australia's status as "a leader in humanitarian assistance and refugee resettlement globally".

This status was earned long ago, through Australia's principled leadership in UN and regional forums on forced migration, and through the key role Australia played in the resettlement of refugees from Indochina in the 1970s. Today's policies were put on the table then, too, but the Fraser government rejected them. Records show the then-government determined that cutting welfare support for asylum seekers would be "widely regarded as a vindictive measure", and would never deter people in need of protection. Instead Fraser's government touted that Australia had established "a very high standing" on refugee matters and refugee policy "was now an important part of our foreign relations".

Yet Manus and Nauru do not go unnoticed. Indeed, former deputy secretary of state Heather Higginbottom said the Obama administration made clear to Australia that "we disagreed with their policy of detention". Most tellingly, Higginbottom wrote in Time magazine that the administration "strongly pressed" Australia to change its asylum policy. The US agreed to the transfer deal in order to "immediately relieve the suffering" of those held offshore and to encourage Australia to do more for refugee resettlement efforts around the world.

That payment of $200 a fortnight surely made more difference to these vulnerable families than it will ever do to government coffers, particularly when the cost of holding people offshore is exponentially higher than keeping them in Australia.

The former deputy secretary's account is a glimpse behind the scenes, a hint at the way Australia's asylum policy intersects with its international diplomacy.

In the coming months and years, Australia's international standing will become increasingly important. As world-leading refugee lawyer Professor Guy S Goodwin-Gill put it, credible, multilateral mechanisms must be developed to deal with "major displacement in the years ahead, both generated by conflict and generated by deprivation".

The removal of welfare support is designed to force this small group of asylum seekers – children, families, young women and men – off Australian shores. Either back to Nauru or Manus, where the Human Rights Council has been told they face little future and potentially serious mental health issues. Or back to the countries they fled, a potential breach of Australia's obligations under international law; the United Nations High Commissioner for Human Rights has described Australian asylum policy as leading to "a chain of human rights violations".

Despite Minister for Human Services Alan Tudge suggesting the measure will save taxpayer dollars, that payment of $200 a fortnight surely made more difference to these vulnerable families than it will ever do to government coffers, particularly when the cost of holding people offshore is exponentially higher than keeping them in Australia. But the real national cost of these harsh measures is how they bankrupt Australia's hard-earned standing in the world.

Dr Claire Higgins is a senior research associate at the Kaldor Centre for International Refugee Law at UNSW. Her book, Asylum By Boat: Origins of Australia's Refugee Policy (NewSouth), will be out in September.