Australia could end its decade-long trend of incarcerating more women by copying initiatives adopted in the United Kingdom, a former British politician suggests. 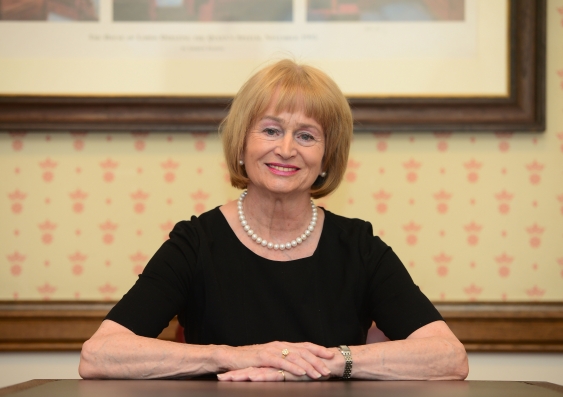 Baroness Jean Corston spoke at UNSW Law yesterday about how to stop the rising rates of female imprisonment in Australia.

Australia can address its troubling increase in female incarceration by adopting community-based alternatives built on successful models from the United Kingdom, a leading expert has told an audience at UNSW.

Baroness Jean Corston spoke at UNSW Law yesterday about the need to address the rising number of women in Australia’s prison systems.

Corston served as a British Labour MP for 13 years and was the former chair of the Parliamentary Labour Party, the first woman to hold the position.

In 2007, she authored an influential report examining vulnerable women in the UK’s criminal justice system, which served as a catalyst for wide-scale reforms.

The UK government accepted 41 of the 43 recommendations, including calls for prison sentences to be reserved only for serious and violent offenders, and for the establishment of community-based alternatives to prison, which better account for a woman’s particular vulnerabilities and caring responsibilities.

Since the report, the UK has seen the number of women in prison decline; two female prisons close altogether; and the expansion of community centres for women. These alternatives to prison provide at-risk women and offenders with ongoing support.

Corston spoke about the impact of her review, the lessons that have been learned as a result, and how various models for reform could be applied in Australia.

She was visiting Australia to help launch the Miranda Project – an Australia-first program that hopes to mirror the progress seen in the UK by developing a long-term, community-based option for diverting women from the criminal justice system.

“Since 2005, the number of women in prison in Australia has increased by 70%, and the rates are growing more rapidly for Indigenous women than other groups. This is at a time when crime rates have been decreasing,” says Professor Julie Stubbs, a criminologist from UNSW Law.

Many of the women are imprisoned for non-violent offences and have a range of complex needs, including social and economic disadvantage, and mental health issues, she adds.

Professor Eileen Baldry and Dr Ruth McCausland from the UNSW School of Social Sciences are on the the Advisory Committee of the Miranda Project.

“We urgently need community-based options that are women-centred, holistic and able to respond to the trauma and complex support needs of women who are otherwise going in and out of prison on remand and short sentences,” she wrote in The Conversation.

“We especially need culturally competent services that are focused on the needs and experiences of Indigenous women.”

The Problem in Numbers 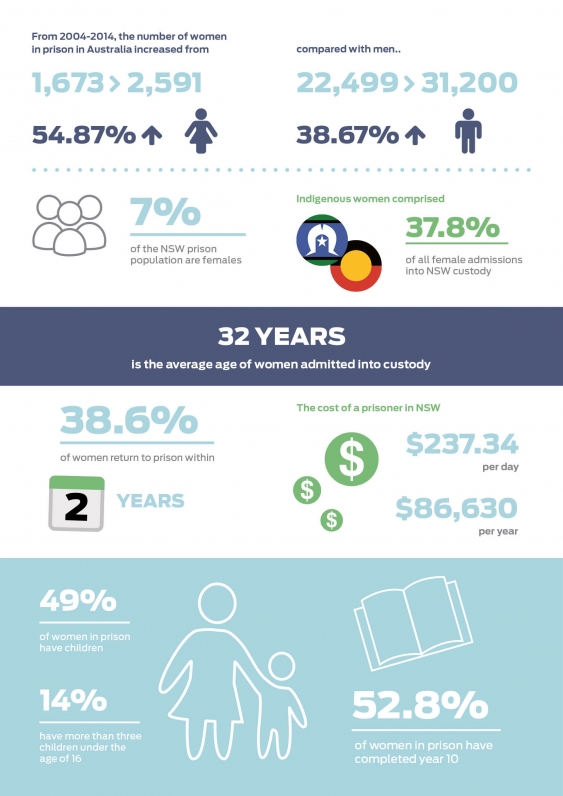