Australia is closer to 80% vaccination. Is it business' job to get us there?

As Australia edges closer to vaccination rollout targets needed to open international borders, big businesses have been stepping up. But is it their role to speed up a government plan? 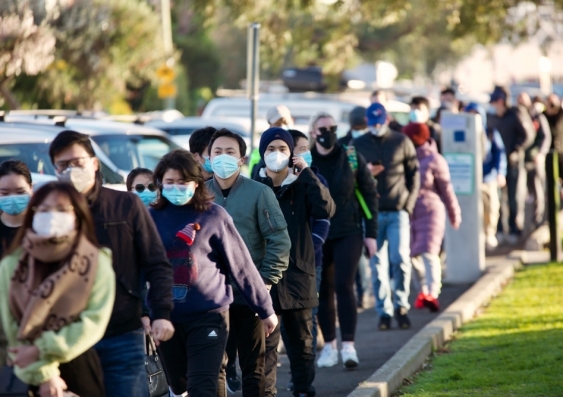 Businesses have been called upon to help boost rates of vaccination in Australia. Photo: Shutterstock

When Sydney re-entered lockdown in 2021, a meeting was called by Treasurer Josh Frydenberg with corporate leaders including Wesfarmers (who own Bunnings, Officeworks, and Kmart), Qantas, Virgin, Commonwealth Bank, and Telstra to discuss the vaccination rollout.

On the agenda was figuring out what role businesses could play in boosting the slow rates of vaccination take-up in Australia.

Since that July meeting, Qantas has launched an incentive program, with prizes such as a year of unlimited travel up for grabs by vaccinated passengers, while airline Virgin Australia has begun a competition for a fully vaccinated passenger to win 1 million frequent flyer points. Bunnings was reported to have offered up its warehouses as vaccination centres, and private health companies like Medibank announced they would give extra reward points to fully vaccinated customers.

On the SME-end of town, small businesses joined in the movement: doing everything from offering free beer to Australians who have rolled up their sleeves as part of the vaccination rollout, to sending out personalised pairs of jeans.

According to Tracy Wilcox, Associate Professor in the School of Management and Governance, and Academic Director, Postgraduate Programs at UNSW Business School, it is through ways like these that Australian businesses can encourage not only their employees to take the vaccine but for their customers to do so as well.

“There are some really important roles that businesses can play in getting the vaccines to their stakeholders,” says Prof. Wilcox, whose research focuses on socially responsible management practice and ethics. “The idea of setting up vaccine hubs is really important, as are the logistics of the vaccine supply chain.”

See also: What are the hidden costs of COVID-19 lockdowns?

See also: Opening up when 80 per cent of eligible adults are vaccinated won’t be ‘safe’ for all Australians

Free rides and duty: why are big businesses in a position to help the rollout?

Businesses and large organisations are not just powerful economic institutions, but they also have enormous influence when it comes to the political and social arenas outside of their direct interests, says Prof. Wilcox.

“We saw the active role played by Qantas and other organisations in the same-sex marriage debate,” she says. “Now, we have Qantas, and Virgin, and Uber [who are offering free rides to get vaccinated for Australians with a disability], as well as a number of hotels and restaurants and other companies influencing the conversation and take-up by offering incentives as part of the vaccination rollout.”

Prof. Wilcox sees these actions as moves in the right direction by businesses. “Ethicists tell us that this duty to aid others when you’re in a position to do so, even if you’re not responsible for their hardship, is a really positive form of corporate social responsibility.” 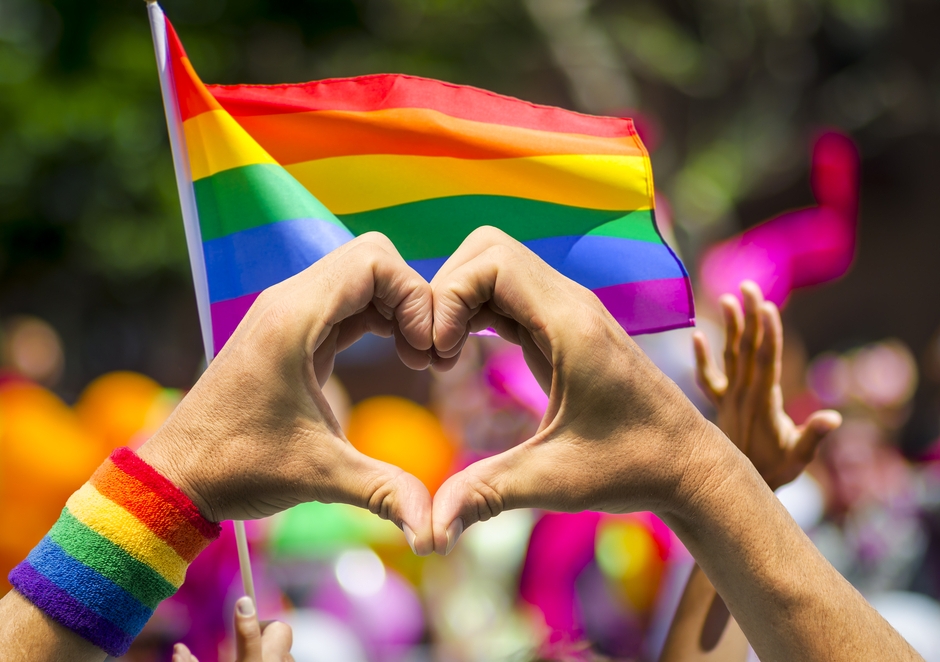 Qantas and other Australian businesses played a role in the Australian same-sex marriage debate of 2017. Photo: Shutterstock

What can businesses do to encourage COVID-19 vaccine take-up?

According to Prof. Wilcox, businesses who wish to help should think creatively about their stakeholders, whether that’s the local community, their employees, or rural and regional communities. It is key that they play to their strengths as an organisation when considering options.

“There’s just so many different ways that businesses can play an important role in this,” she says. “A logistics company’s strength is in getting that vaccine out where it’s needed, a retail company’s strength might be giving their workers COVID leave so that they can get vaccinated, and a local cafe is using their strengths to provide free coffees to vaccinated patrons.

“Qantas’ strength is doing really cool ads to encourage the public to take vaccines,” she points out. “And as we know, we haven’t seen any great vaccination communications campaigns from the federal government.”

But is it up to them to fill the gaps in the government’s vaccination rollout?

While businesses might have stepped up the mark when it comes to offering incentives, there is the question of whether this is the role of businesses.

There has been – and still is – sustained and widespread criticism of the Australian government’s vaccine rollout, which has been seen by some as having been ‘bungled’ and among “the worst [rollouts] in the world“. So, is putting industry in a position where it is relied on to help enact government plans an ideal position to be in?

While Prof. Wilcox believes that there is a role for businesses to demonstrate their corporate social responsibility by assisting Australian vaccine rollout, in the end, it is a government responsibility.

“It’s not an ideal environment,” says Prof. Wilcox. “The key stakeholders, for governments, are their citizens – they’re here for us.”

Oxfam released a report this year that asserted how the COVID-19 pandemic has revealed ‘existing inequalities of wealth’ and called on governments to commit to an economic system that ‘shares value more equally from the start’. In countries like the UK and US, the virus revealed public health systems that had been hollowed out for decades, struggling to manage with the influx of cases, to the detriment of the common good. 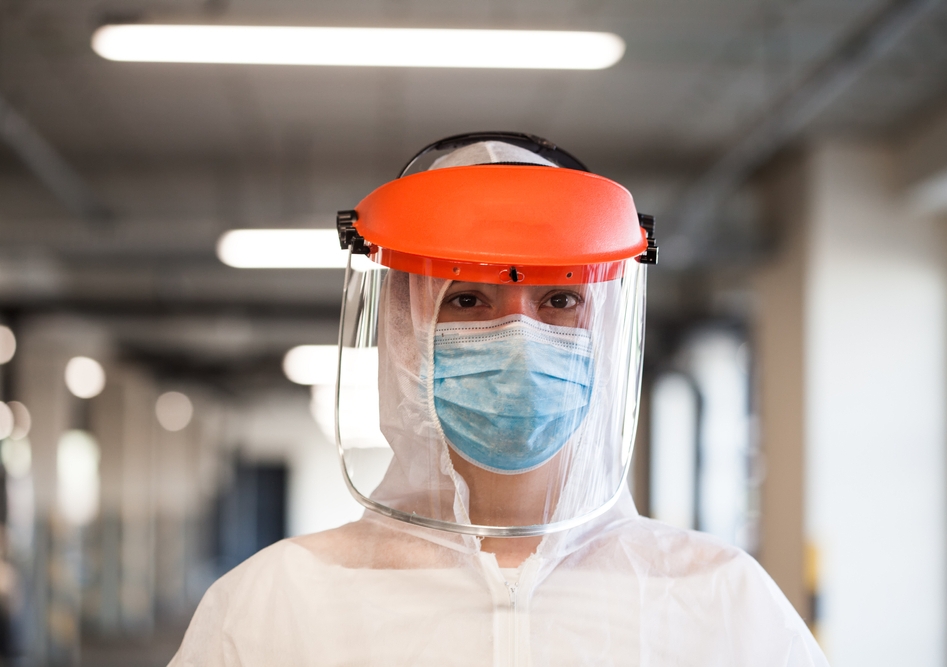 The COVID-19 pandemic has exposed weaknesses in the public health system. Photo: Shutterstock

“The pandemic and public health crisis have exposed the flaws of what happens when you do rely on business organisations to provide what is ultimately public goods,” says Prof. Wilcox. “I think we’ve also been reminded that ultimately, it’s the government’s responsibility to take care of its citizens, not outsource it to business.

“I suspect that in other parts of the world, the government has potentially acted much more carefully and stridently in communicating the need for vaccines. So, in parts of Europe, or Singapore, if the government recommends you do something, you go and do it. It is potentially different in America, possibly Australia, although we’re not as far down the track as the US where companies are taking on some of those responsibilities of government in terms of offering incentives to get vaccinated.”

See also: When will we reach herd immunity? Here are three reasons that’s a hard question to answer

So where does this leave organisations?

While Prof. Wilcox sees the vaccine rollout in Australia and across the globe as being primarily a responsibility of the government to take care of its citizen ‘stakeholders’, that doesn’t mean there’s no room at the table for businesses. Instead, it’s more a case of the government leading the strategy.

“If [organisations] worked in partnership with the government, then we can really get a great message across,” she says.

And while companies are achieving their ethical ‘duties’ by helping speed up the rollout for the common good, there are clear profit benefits that come from a vaccinated Australian population. Airlines Virgin and Qantas would see an opening up again of their markets, and hospitality businesses would see a return of their customers post-lockdowns. 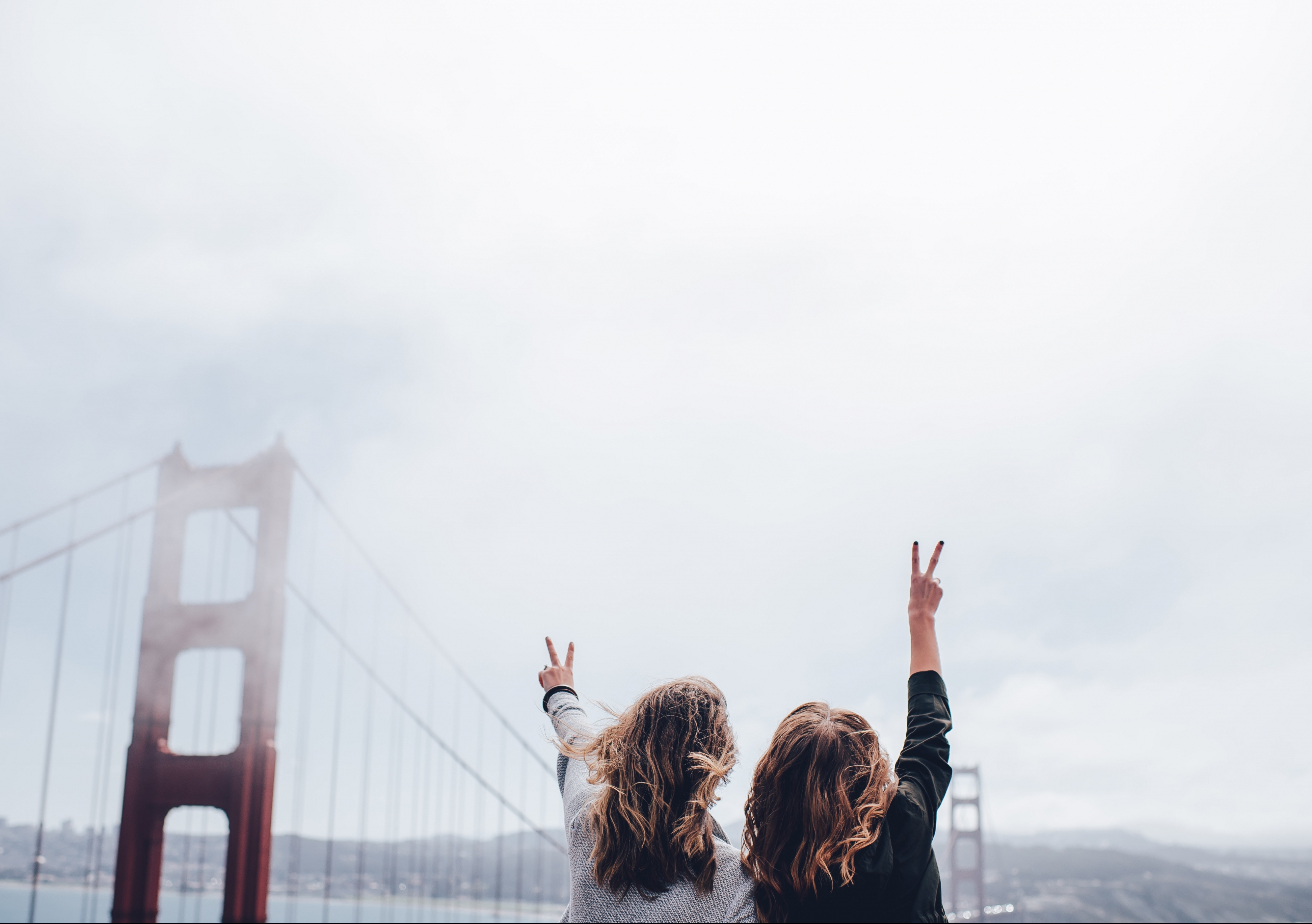 There are clear profit benefits that come from a vaccinated Australian population, like an ability to travel. Photo: Ian Schneider / Unsplash

A key consideration by businesses will be to take the social responsibility of raising vaccination rates into its stride and embed it into their business strategy in a meaningful manner.

“If you’re just doing it just for self-interest, then we can probably scratch the surface and see that nothing much is really happening,” says Prof. Wilcox. “Every business has a purpose, and the purpose has to be beyond simply making money.”

See also: Why most economists continue to back lockdowns