Opinion Australia is vulnerable to cyber threats, so what can we do about it? 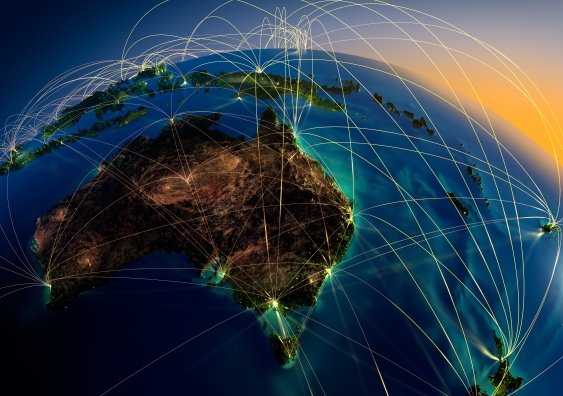 OPINION: The Australian Cyber Security Centre (ACSC) 2016 Threat Report, released today, has some concerning details about the state of Australia’s cyber security. The report highlights the ubiquitous nature of cyber crime in Australia, the potential of cyber terrorism, and the vulnerability of data stored on government and commercial networks.

Several factors are driving these vulnerabilities. And there is considerable work to do to address them.

A big driver is the maturation and “professionalisation” of cyber criminals. They have businesses, plans, and online fora (support services offered in many languages). There are even services a potential criminal can easily hire – with botnets used for DDoS attacks going for as little as A$50. DDoS stands for Distributed Denial of Service, and involves attackers sending swarms of bots to overwhelm networks. Recently, DDoS attacks have been getting extremely powerful.

The internet is a weapon

We have reached the stage at which the internet has been weaponised. This word was previously only used to discuss events such as Stuxnet, which was a cyber attack on an Iranian nuclear facility thought to be carried out by the United States and Israel. I would suggest we can extend this concept and realise that the internet’s corporate, personal and government systems now resemble weapons and weapon systems.

An old-fashioned criminal with a gun could hold up a bank and take customers’ money. Today’s criminal, depending on the size of their network-based “weapon”, can take our money, our data, our secrets, or disempower us by disabling our electricity, gas or water supply.

We are beyond a point of no return in our reliance on computers and networks, and the demand for innovation in technology is heightening our cyber security problem all the time.

So what should we do?

In a recent discussion paper, my colleague Greg Austin and I wrote:

We commended the Turnbull government, its innovation strategy, its Defence White Paper, and its Cyber Security Strategy. However, we also noted that:

…there is a large gap between US assessments of advanced technology threats and the Australian government’s public assessments. These gaps have important policy implications, as well as negative impacts on the security and prosperity to Australians… The country’s education and training policy needs to make giant steps, of which an enhanced STEM approach is only one, and one that will have no strong pay-offs in the next decade at least.

We are in a situation where Australia greatly lacks a trained and experienced cyber security workforce. Existing staff are fully stretched. We have only a trickle of students in the right disciplines in the VET and Higher Education pipelines. We also lack a local cyber security industry and we find that cyber security solutions are largely supplied by the United States, Israel, Europe, and Russia. We are forced to believe the vendors’ rhetoric rather than rely on local expertise.

A checklist for national cyber security

To remedy this situation we created a checklist for effective response to the cyber security situation that exists nationally:

We would not leave our houses unlocked and allow criminals to walk in and steal our possessions. We now need to come up with clever ways of securing the cyber world and protecting Australians and our economy.

Jill Slay is Director of the Australian Centre for Cyber Security, UNSW.

Why is Brazil trying to block WhatsApp?