Opinion Australian expats should be allowed to vote here, no matter how long they've been away

Australians who live overseas long-term are able to keep in touch with local issues and should be entitled to vote, writes George Williams. 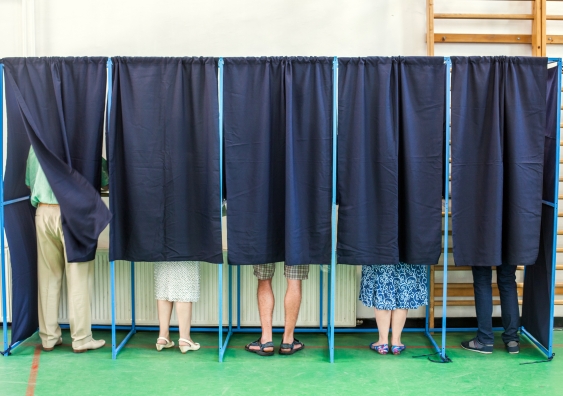 OPINION: The 2016 federal election has given rise to many reform ideas. Electronic voting has been supported by Malcolm Turnbull and Bill Shorten, while others have called for a radical overhaul of political donations. Another persistent idea is that every Australian should be entitled to vote, even if they live overseas. Other countries permit this, and we should follow their lead.

People are normally able to vote in federal elections if they are an Australian citizen aged over 18 years. However, there are some notable exceptions, including where a person is disqualified because they are of "unsound mind", has been convicted of treason or treachery or are serving three years or more in jail.

Australians leaving for the longer term are predominantly young, highly skilled and highly educated. By restricting their ability to vote, we are sending them a strong signal about how we view them, and their connection to us.

The vote is also denied to citizens intending to live overseas for more than six years. This rule was imposed decades ago on the basis that a person living overseas cannot keep in touch with local issues, and so should not be allowed to vote. This reasoning is now redundant. It has become a straightforward exercise for Australia's large expat community to read the local news, and even to participate in debates via social media.

Many Australians living overseas want to maintain a strong connection with home, and can bring a useful international perspective to our discussions. Indeed, their viewpoint is becoming increasingly important. We are highly integrated into global systems through trade and diplomacy, and our citizens can be found in key leadership positions in international organisations, multinational businesses and foreign governments. A prominent example is Andrew Liveris, an Australian businessman appointed to head Donald Trump's Manufacturing Council.

Despite their importance to our future, surprisingly little attention has been paid to Australians living overseas. As a result, we do not even know how many there are, although it can be said with confidence that the Australian diaspora is very large, and represents between 4 and 5 per cent of the national population.

A previous government estimate is that 759,849 Australians were resident overseas for 2002-03. That figure may now have surpassed 1 million  and could include more than 200,000 Australians in each of the US, Britain and continental Europe and up to 80,000 in Hong Kong. Nothing though can be said with confidence given the absence of reliable data.

We do know that the number of Australians living overseas is increasing, and that more are choosing to stay away for longer. In 2006, the Australian Bureau of Statistics reported that the number of Australians leaving for at least a year had more than doubled over the prior two decades. Updated figures in June 2016 show that this trend is accelerating, and that in the prior year 419,200 Australian residents left for 12 months or more (nearly triple the figure of a decade ago).

Australians leaving for the longer term are predominantly young, highly skilled and highly educated. By restricting their ability to vote, we are sending them a strong signal about how we view them, and their connection to us. Understandably, many are disgruntled by this, and feel angry that they are being denied one of the most basic rights of citizenship. Some have campaigned for many years to have this changed.

The effect of this disqualification, and what appears to be a general lack of interest among Australian politicians in our expat community, is that very few Australians cast a vote as an overseas elector. In 2013, only 75,816 votes were cast in this way. This may represent less than 10 per cent of our overseas community.

Other countries are taking a very different approach, and recognise that the bonds of citizenship endure beyond a nation's borders. US citizens living abroad enjoy full voting rights, regardless of how long they have lived away from home. In Britain, a person cannot vote if they remain overseas for 15 years or more. However, in October 2016, the British government announced that it will scrap this limit, thereby permitting citizens who have settled overseas permanently to vote in all its elections.

Canada has a restrictive policy like Australia, only permitting its citizens overseas to vote if they have lived outside Canada for less than five consecutive years. However, in November 2016, its government announced plans to remove this limit so that Canadian citizens can vote irrespective of how long they have lived overseas. Like Britain, Canada wants to strengthen ties with its expat community.

We should also change our electoral laws. All Australian citizens should be entitled to vote, no matter where they live or how long they have been out of the country. We should embrace the fact that Australians are world travellers, and have a remarkable record of international success. Living overseas should not lead to the loss of the right to vote at home.

This opinion piece was originally published on The Sydney Morning Herald.

Lessons in trust from America's experience with electronic voting