Governments are spending at unprecedented levels. Where does this money come from, and are governments saddling young people with too much debt? 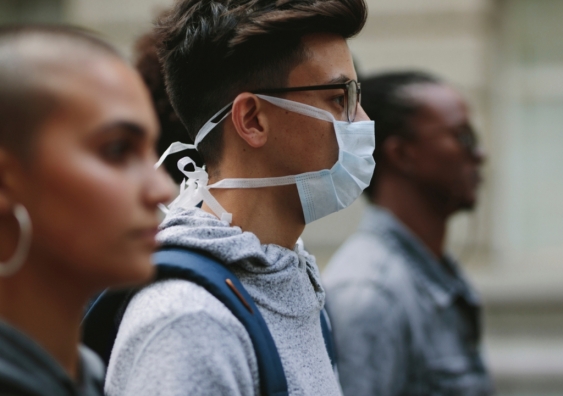 Does racking up too much debt today imply diminished spending on everything else other than paying back the debt in the future? Photo: Shutterstock

COVID-19 restrictions have dealt a $17 billion hit to the Australian economy in the past two months. Estimates show Sydney’s lockdown costs more than $1 billion each week, while lockdowns across Victoria have cost at least $5 billion. Given the economic impact of COVID-19, Australia’s debt is forecast to double pre-pandemic levels as the crisis necessitates government spending to spur economic recovery. But government borrowing is a long-term game, and the debt must be honoured one way or another. So how will Commonwealth and state governments pay off this debt?

How much is the Australian government actually in debt?

When the Commonwealth government wants to spend more money than it raises in tax revenue, it instructs the Treasury to issue debt in the form of bonds and notes, or Australian Government Securities (AGS). “The government borrows money by issuing bonds – these are financial instruments. People ‘lend’ money by buying bonds from the government. The bondholder is then entitled to repayment,” explains Mark Humphrey-Jenner, Associate Professor in Finance at UNSW Business School. “They can sell the bond in the secondary market. Thus, the initial buyer need not be the same as the current holder,” he says.

While gross debt gives some indication of Australia’s economic position, the number that is more often reported is net debt, which is the sum of all financial liabilities (gross debt) of a government minus its financial assets. The latest Budget paper shows Australia’s net debt is expected to reach $729 billion (34.2 per cent of GDP) by 30 June 2022 before peaking at $981 billion (40.9 per cent of GDP) in 2024–25. The government also predicts net debt will fall to 37 per cent of GDP by 2032. Australia’s net debt has been steadily rising since before COVID-19, following the global financial crisis, and is not expected to fall below a third of national GDP in the next decade.

See also: Australia's coronavirus bill: who does the government owe money to?

What states have the most and least debt in 2021?

Commonwealth debt and state debt are very similar as both state and Commonwealth governments are relatively low risk, says A/Prof. Humphrey-Jenner. However, the Commonwealth government has a stronger credit rating and therefore benefits from lower interest rates. Australia’s interest payments (the cost of servicing the debt) are likely to remain flat for some time, at around 1.3 per cent of GDP between 2018-19 and 2023-24. This means the government can borrow at a reasonably ‘low’ price. However, it will still cost billions of dollars (servicing Australia’s gross debt has cost $16.7 billion over the past year, for example). So investors who buy state debt can, in theory, accept a slightly lower credit rating, says A/Prof. Humphrey-Jenner.

States can have different levels of debt for a variety of reasons. “State governments have different debt levels, relative to GDP, in part reflecting how profligate or inefficient their governments are,” says A/Prof. Humphrey-Jenner. “During exceptional times, higher debt might be justified. In which case, we must compare each states’ debt level against the impact of the pandemic. State governments might attempt to tax their way out of debt. But, there is only so high they can go before companies and individuals simply leave.”

In total, the Parliamentary Budget Office projects Australia’s states and territories will owe $371 billion within the next three years. State debt currently accounts for just under a quarter (23 per cent) of total government debt but is expected to hit 29 per cent by 2024, or more than double the long-term average of 13 per cent. For example, NSW’s net debt is forecast to reach $63.3 billion in 2021-22, compared with Victoria's projected net debt of $102.1 billion). By 2024-25, NSW's net debt is expected to reach $103.9 billion, compared with Victoria's estimated net debt of $156.3 billion. This is because, despite ongoing restrictions across NSW, Victoria’s economy has been hit hardest. Also, NSW has the highest GDP of all states, explaining why its debt is likely to be significantly below Victoria.

What about the other states and territories? The latest public sector debt analysis by the Australian Bureau of Statistics shows all states increased their debts during 2019-20, except for Western Australia, which decreased by $1.3 billion. Unsurprisingly, the largest annual increases were in NSW ($23.7 billion), Victoria ($21.1 billion) and Queensland ($11.6 billion), followed by South Australia ($3 billion), Tasmania ($500 m), and ACT and Northern Territory (at $400m). However, it’s important to note that when looking at graph two, these numbers take on a different meaning when represented as a percentage of Gross State Product (GSP).

Last year, Guy Debelle, Deputy Governor of the Reserve Bank of Australia (RBA), gave a speech reassuring the public: “In Australia, public debt is very manageable. Public sector debt remains low as a share of GDP for the Australian government … Borrowing costs are likely to remain very low for quite some time, and almost certainly until the economy is considerably stronger. This means that the debt dynamics for the Australian government and the states and territories are absolutely sustainable."

While other experts say Australia’s government spending hasn't been ambitious enough, particularly in terms of spending related to a green recovery given the alarming threat posed by climate change. Others also point out Australia’s debt levels are still below other countries. “Australia still compares favourably with other major peer nations. Thus, in a relative sense, Australia has also not significantly worsened its position,” says A/Prof. Humphrey-Jenner. Indeed, Australia’s pre-pandemic debt was lower than most comparable countries, and this remains true today. For example, in the US, the national debt is rising at a pace never seen before, with a current US national debt-to-GDP ratio of 127 per cent set to rise to 277 per cent by 2029. This will put the country’s debt-to-GDP ratio at 277 per cent, surpassing Japan’s current 272 per cent debt-to-GDP ratio.

Nevertheless, he says: “Australia must monitor its debt levels. While the debt levels are not currently a red flag, it is important to be careful. People have unrealistic expectations about how much the government can afford to spend, and the government will need to reign in spending. Moreover, Australia’s tax rate is already high relative to competitor countries, so there is little scope to increase government revenue without bleeding talent and companies.” And while interest rates remain low, the interest on this year’s $829 billion gross debt, for example, still amounts to a significant $16.7 billion. 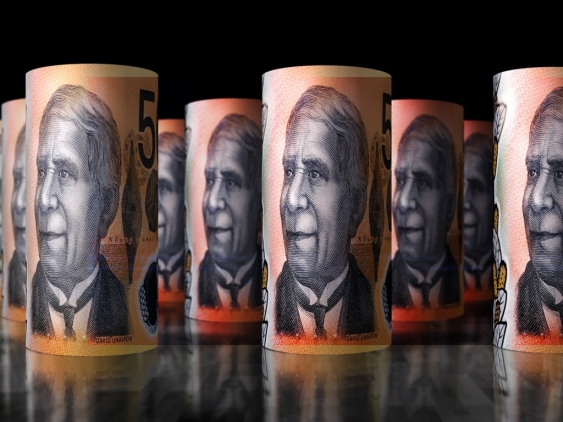 It is difficult to know who owns government debt because it often trades in a secondary market, which means the public doesn't have visibility over all the debt holders. Photo: Shutterstock

It's also important to note that lenders cannot simply ‘call’ for their debt to be repaid on a whim because contracts govern the debt repayments, explains A/Prof. Humphrey-Jenner. Hypothetically, he says an unfriendly lender might take an aggressive stance if there is a technical default (if the government fails to uphold any aspect of the loan terms, for example). But these lenders don’t have a legal right to simply ask for the money back, he reiterates. Were there a call, hypothetically, Australia would likely need to borrow more money from other lenders to pay it back.

Refinancing, however, is a risk. “If the government relies too much on overseas lenders, it might face risks with refinancing or future borrowing,” he continues. “These risks include: (a) whether the government will be able to find lenders, (b) whether a hostile overseas lender uses debt as an economic weapon by refusing to refinance the debt or continue lending, and (c) whether overseas lenders might force debt terms to change in the future, potentially being unwilling to buy AUD denominated government bonds, and forcing the government to borrow in overseas currency. In turn, this would create foreign exchange risk.”

See also: Should the government worry about its record debt in the federal budget?

The burden of the debt on future generations

There is technically no limit to the amount of debt the Commonwealth or state governments can borrow. In 2013, the debt ceiling, the maximum amount of debt the Treasury can issue to the public or other federal agencies, was scrapped. But the recent borrowing is causing some to be concerned about whether the debt is too much and could lead to governments devoting an increasing share of revenue to meet interest expenses and a need to increase taxes, cut spending, sell assets or further increase debt. On the other hand, others say governments will never have to “pay off” the debt because “it is not debt in the conventional sense of the term”.

A/Prof. Humphrey-Jenner says it is important not to overstate the problem. “While the debt to GDP has ticked up, the increase does not represent an egregious spike,” he says. At the same time, he says one notable negative is rising state government debt, which has seen a significant spike. “State governments seem to believe they can tax themselves out of debt. Victoria has already shown signs of this, and it is a worrying sign,” he says.

Too much debt means other line items that government revenue in the future would have otherwise funded will be allocated less money, says Gigi Foster, Professor of Economics at UNSW Business School. “This means less money spent in the future on schools, roads, hospitals, and everything else that we value and that we look to governments to provide (at least in part).  So, racking up more debt today implies diminished spending tomorrow on everything other than paying back the debt. This diminished spending means a lower quality of life for future generations,” she says. 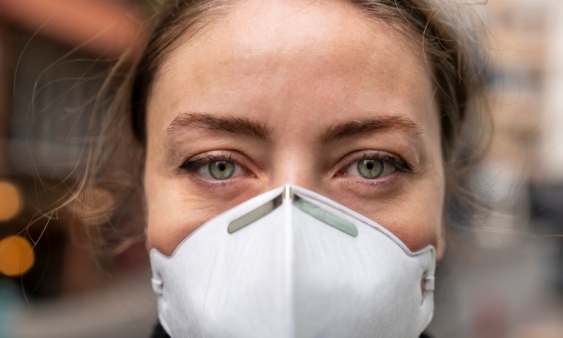 “The best thing we can do for future generations is not encumber them with a broken economy after COVID. That requires some spending and some debt, but it is very manageable": Richard Holden, Professor of Economics. Photo: Shutterstock

On the other hand, Richard Holden, Professor of Economics at UNSW Business School, says government debt is very low and incredibly cheap. Moreover, what has been spent so far is crucial to the nation’s economic recovery. And while state governments are a little more constrained than the Commonwealth, he says there are “no problems on the horizon and no need for higher taxes”.

"The notion that we have to 'pay back’ the debt is a complete misnomer. It needs to be serviced, but the principal can be rolled over as it has been in advanced economies like Australia for decades. There’s no magic pudding, but Australia is not fiscally constrained either,” he says. “Look at our response to COVID-19. We spent money which was a smart investment in public health and the economy of the future. Not only could we afford to take the right measures, we couldn’t afford not to."

But what about debt servicing costs? Could they become considerably more expensive? For example, if there is a rise in global interest rates driven by increased political tensions in the US or by the sheer amount of new government debt issued around the world, this could lead to rising interest rates in Australia, therefore increasing debt servicing costs. But even then, Prof. Holden’s past research suggests this doesn’t necessarily have to suddenly make Australia’s debt unsustainable. “The best thing we can do for future generations is not encumber them with a broken economy after COVID. That requires some spending and some debt, but it is very manageable,” he concludes.