Everyone from human rights experts to famous cricketers are expressing their disgust at the federal government's India travel ban. Its legality depends on what laws you are looking at. 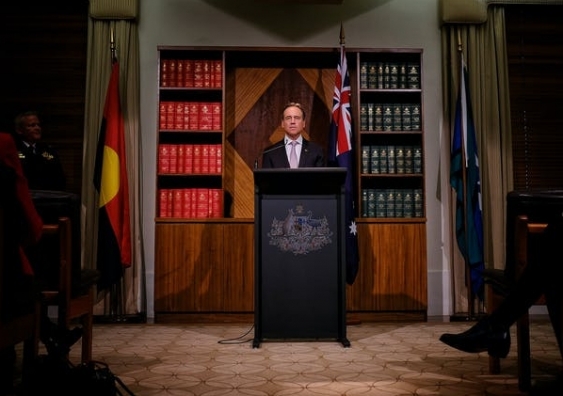 There is a growing public and political outcry over the federal government’s sudden decision to ban Australians from coming home from India.

But as everyone from Indian community leaders to human rights leaders, famous cricketers and Coalition MPs calls on the government to rethink the policy, is it legal? Is a High Court challenge an option?

In terms of common law, citizenship is a relationship between an individual and their nation, where each owes fundamental obligations to the other. In broad terms, the citizen’s job is to be loyal to the nation. The nation’s job is to protect its citizens.

Last year, a record number of people pledged allegiance to Australia and became citizens. The largest group of new citizens were Indian migrants, with over 38,000 becoming Australians in 2019-20.

Some were granted permission to travel to India to see dying relatives or attend funerals. Others travelled there pre-pandemic and have since been unable to return to Australia.

Despite having done nothing wrong, these Australians have been left unprotected by a government that has failed to hold up its end of the citizenship bargain.

How does the travel ban work?

The ban makes it unlawful for anyone, including Australian citizens, to enter Australia if they have been in India in the past 14 days. It was made under sweeping powers conferred on federal Health Minister Greg Hunt by the 2015 Biosecurity Act.

Section 477 of the act allows Hunt to issue “determinations” imposing any “requirement” that he deems necessary to control the entry or spread of COVID-19. These determinations cannot be disallowed by parliament. Thanks to a provision aptly known as a “Henry VIII clause”, they also override any other federal, state or territory law. 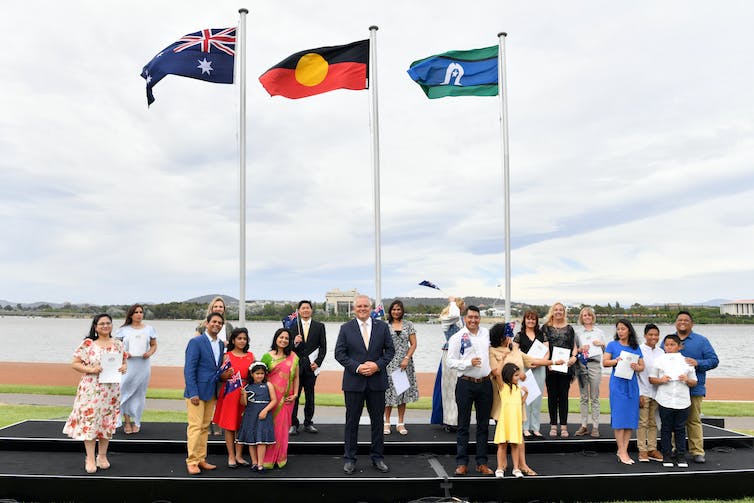 If a person breaches the travel ban, for instance by transiting through a third country, the Biosecurity Act states they may face criminal penalties of five years imprisonment, a $66,000 fine, or both (even if Prime Minister Scott Morrison says jail time is unlikely).

Hunt says the ban is a “temporary pause”. It will lapse on May 15. However, if he deems it necessary, he could use his broad powers to reintroduce it, or impose similar restrictions.

As political pressure builds to remove the ban early, the government says it is “constantly” reviewing it.

Is the ban legal?

Another basic principle of citizenship is citizens may freely return to their countries. Under common law, this stems from the Magna Carta. It is also an important principle of international law, enshrined in the Universal Declaration of Human Rights, and the International Covenant on Civil and Political Rights.

The committee has not reached a decision, but in April it asked Australia to ensure their prompt return, noting they faced “irreparable harm”.

What about our domestic law?

Whether the ban is legal under Australian domestic law is a different question. Although the Department of Home Affairs says Australian citizens can “apply for an Australian passport and re-enter Australia freely”, there is no codified right of return under Australian law. This sets us apart from many countries that have a bill of rights, and include this right.

Read more: The crisis in India is a terrifying example of why we need a better way to get Australians home

A High Court challenge is an option, but there is no clear path to success.

The High Court has said little on the subject. A 1908 case suggests citizens may have a common law right to return to Australia, provided this has not been taken away by parliamentary law. The Biosecurity Act of course thoroughly displaces any such right.

Due to the deep links between citizenship and the right of return, it has been suggested citizens may have an implied constitutional right to enter Australia. There is no case law on this yet — just a single, vaguely worded sentence in a 1988 High Court case — and there are good reasons why it might be a difficult case to argue in Australia.

Implied rights must be derived from the text and structure of Australia’s Constitution, which says nothing about Australian citizenship, and little about the relationship between the government and the people, besides providing for democratic elections.

Does it breach the Biosecurity Act?

Another argument might be the travel ban is unlawful on the grounds Hunt failed to comply with the conditions for making a determination under section 477 of the Biosecurity Act.

These conditions require him to be satisfied, before imposing the ban, that it was “likely to be effective” in stopping the spread of COVID-19, “appropriate and adapted” to this purpose, and “no more restrictive or intrusive” than the circumstances required. 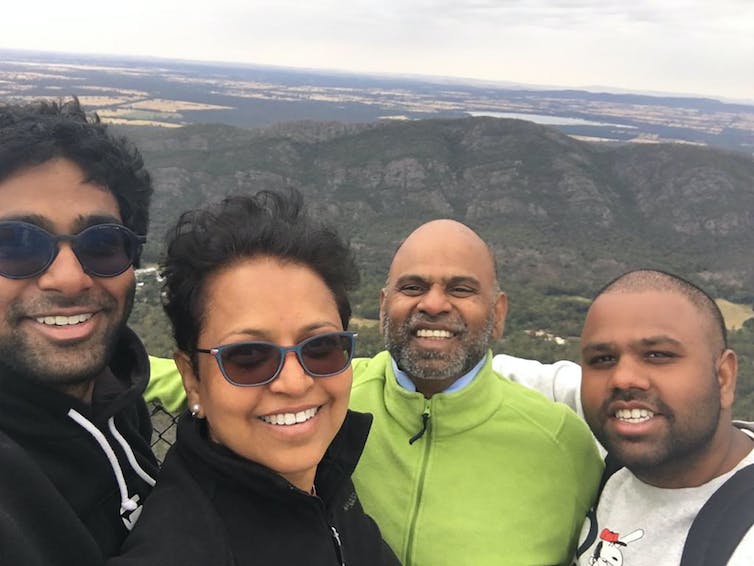 Ramana Akula, pictured here with his wife and sons, is currently stranded in India, unable to get home to Australia. Supplied/ AAP

Importantly, it is Hunt personally who must be satisfied of these conditions. This means if he reached that conclusion on reasonable grounds, he has not broken the law, even if a different approach might have been available.

Yesterday, Chief Medical Officer Paul Kelly’s advice to Hunt in advance of the travel ban was released. Kelly’s advice emphasises the significant risk quarantine leakage poses to the Australian community and says a travel ban on arrivals from India until 15 May would be effective, proportionate and limited to what is necessary.

In light of this, it seems likely that a court would see the determination as a reasonable exercise of Hunt’s power.

Beyond the law, what about moral arguments?

But, legality aside, let’s return to the idea that Australia has a fundamental responsibility to protect its citizens. In February 2020, Hunt acknowledged this, pointing to two related national priorities: to contain the virus and protect citizens at home, and protect and support Australians abroad.

There may be circumstances in which these priorities conflict with each other. But it is hard to see the conflict in this situation. Quarantine and effective contact tracing have seen those within Australia substantially protected against COVID-19. We have not needed blanket bans on returns from the US, the United Kingdom or other countries that have experienced virus surges.

Read more: It's not surprising Indian-Australians feel singled out. They have long been subjected to racism

Kelly’s advice points to potential strain on quarantine, and Morrison has said the ban ensures that “our quarantine system can remain strong”. But the federal government could protect more people in Australia and abroad (not to mention ease pressure on countries experiencing COVID-19 strain), if it worked to bring citizens home while devoting more resources towards strengthening the quarantine system.

Yet the government has resisted this, despite a clear constitutional power over quarantine, the recommendations of public health experts and a national review.

Meanwhile, 9,000 Australians in India are anxiously waiting for a change to the law, which would at least legally permit them to try and return home.