A national survey of temporary workers in Australia has uncovered widespread exploitation of backpackers and international students working in a range of industries. 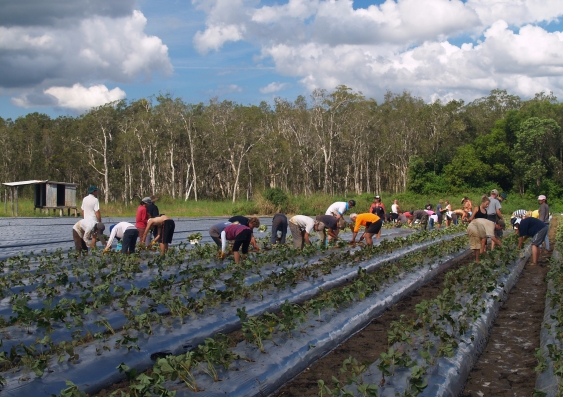 Fruit picking, like on this Queensland strawberry farm, is back-breaking work. Photo: Shutterstock

Workplace exploitation of  backpackers and international students in Australia is endemic and severe, a landmark study by UNSW Sydney and UTS has found.

One in three international students and backpackers are paid about half the legal minimum wage, according to a major new report, Wage Theft in Australia, the most comprehensive study of temporary migrants’ work and conditions in Australia.

The report presents a bleak but much-needed national picture of the extent of wage theft among international students and backpackers in Australia, and how it varies across different nationalities, visas and industries, say the authors.

“We found the overwhelming majority of international students and backpackers are aware they are being underpaid. However, they believe few people on their visa expect to receive the legal minimum wage,” Farbenblum says. 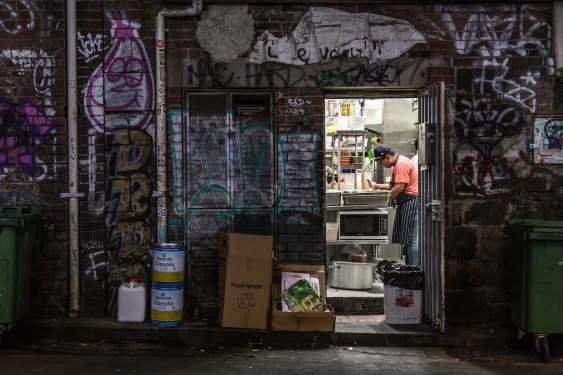 Many overseas workers are paid in cash, including two in three waiters, kitchen-hands and food servers. Image: Shutterstock.

The study found 86 per cent of international students and backpackers earning up to $15 per hour believe that many, most or all other people on their visa are paid less than the basic national minimum wage.

Co-author Laurie Berg says wage theft is not confined to fruit and vegetable picking or convenience stores, nor is it confined to any nationalities.

“A fifth of every nationality was paid around half the legal minimum wage. For almost 40% of students and backpackers, their lowest paid job was in a cafe, restaurant or takeaway.”

In 91 cases, respondents had had their passports confiscated by employers; 173 respondents were required to pay upfront “deposits” of up to $1000 to secure a job in Australia; and 112 respondents had been asked to pay money back to their employer in cash after receiving their wages.

The study also found 44% of overseas workers are paid in cash, including two in three waiters, kitchen-hands and food servers. Half never or rarely receive a payslip.

The study raises urgent concerns about the actions and resourcing required of government, business, unions and other service providers to address the scale of non-compliance, says Farbenblum.

“It provides compelling evidence for expanded services that respond to temporary migrants’ experiences, as shared directly by them.”

About the survey:
● Anonymous, online survey of 4,322 people who had worked in Australia on a temporary visa.
● Available in 12 languages as well as English.
● Focused on participants’ lowest paid job in Australia.
● 2392 respondents were international students; 1,705 were enrolled at a university and 523 at a vocational or English-language college.
● 1440 respondents were backpackers (Working Holiday Makers).
● The remainder worked in Australian on other temporary visas, including tourists.