The international law expert talks about her solitary, often nail-biting treks and why we shouldn’t mess with Mother Nature. 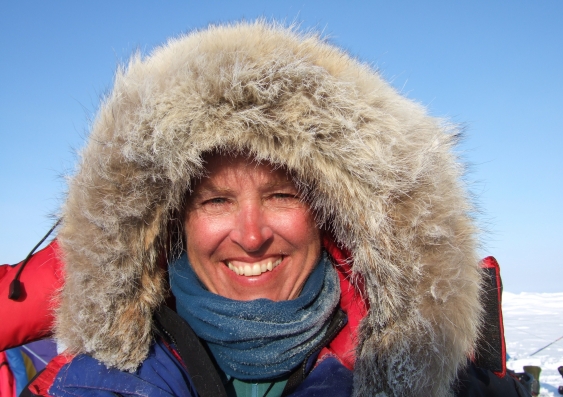 One of the effects of climate change is that it’s opening up the Arctic Ocean, the central portion of which is high seas – an area beyond national jurisdiction, which is essentially unregulated so anybody can go there and basically do anything they want.

My research brought attention to this lacuna, or gap, in international law and the need for international lawyers and policy makers to address it before the fishing and shipping companies get there.

I’m originally from Canada where I practised as a lawyer before pursuing my interest in international law. I was working as a Research Fellow at the Lauterpacht Research Centre for International Law in Cambridge, when two well-known Australian lawyers convinced me to come and work in Australia. 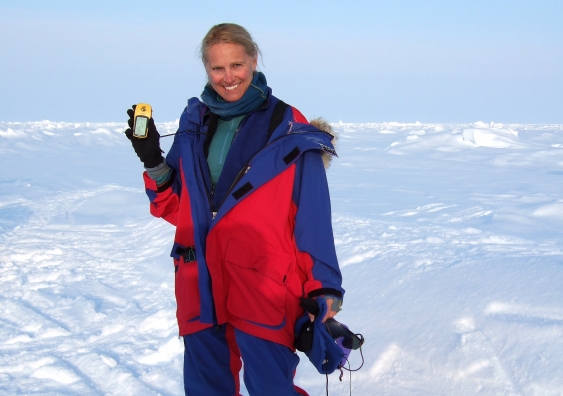 Rosemary Rayfuse at the North Pole.

I’ve climbed, skied, hiked, paddled and dogsledded  in some of the wildest, most remote places on Earth, including from the Arctic to the Antarctic and Greenland to Georgia to South Georgia. I love experiencing the richness, the wonder and the power of nature and focusing on the bare essentials of life instead of its distractions.

In 2006 I became the first Australian woman to attempt  to ski from the North Pole to Canada. It was just before International Polar Year and the idea was to use the expedition to bring attention to the problems of climate change and ice melt in the Arctic, and the need for new governance regimes for the Arctic Ocean. We had counted on the expedition taking between 35 - 50 days, but after 11 days the ice was so thin that the Canadian pilots advised us they wouldn't be able to pick us up if we didn’t make it to Ward Hunt Island, so the leader made the decision to call in the Russians to take us off the ice.

It was minus 20, white out, and the wind was howling when the biggest and strongest person in the group went through the ice into the water. We were lucky to get him out. It was a life-threatening situation. 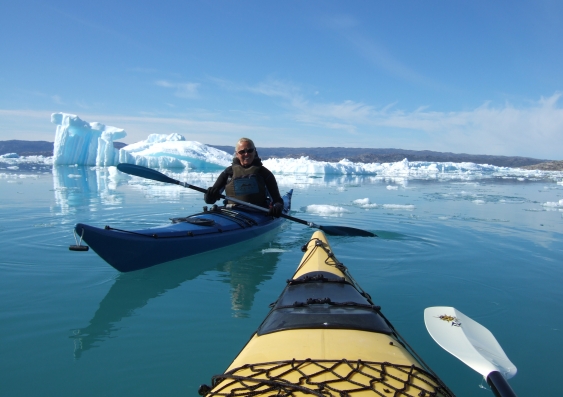 I like the solitude, the challenge and the fact that Mother Nature is in control.

I do a lot of my trips solo. I like the solitude, the challenge and the fact that Mother Nature is in control. You learn to push your limits, but you also learn to respect nature’s limits … if you’re not careful and respectful you’ll pay the ultimate price.

It was an extraordinary experience being awarded an honorary doctorate from Lund University in Sweden this year in recognition of my contributions to Public International Law and to the Lund Law Faculty. The ceremony, all in Latin, included a canon salute and a gold ring, which signifies you are ‘married’ to your discipline. My position as Conjoint Professor there has allowed me to develop new research areas and to participate in European and Nordic research networks and projects.

The Earth will survive without us, but we cannot survive without the Earth. I hope I can keep contributing to the development of law and policy for the protection of the oceans and the rest of the Earth’s environment.