Opinion Bank levy is a move right on the money

The banks are howling in protest but the new levy on bank deposits is a good idea that should have been introduced in 2008, writes Ross Buckley. 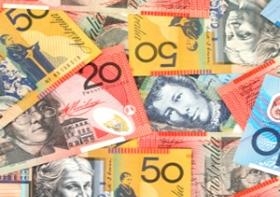 OPINION: The Australian government insures deposits of up to $250,000 in banks. There's nothing unusual in this. Most national governments do likewise. What is remarkable, however, is that our government does so for free. I don't know of another developed country whose government does so. The Rudd government has now announced a levy on bank deposits to fund this insurance. The banks are saying this is a terrible idea. My view is "better late than never". Let me explain.

Deposit insurance was first introduced in Australia in the dark days of the global financial crisis in 2008. The Rudd government Mark 1 introduced two measures to counter the crisis - deposit insurance, and a guarantee scheme for bank borrowings. Under the latter, banks could have their wholesale capital market borrowings guaranteed by the government if they paid a fee. This was a great idea. It earned the government a lot of money and saved the banks much more by allowing them to attach Australia's AAA credit rating to their borrowings. It was market based. If the banks wanted the benefit, they paid for it. Most did, and everyone won.

The deposit insurance scheme, however, was not market based. The banks got a benefit for free. Back in 2008 I waited for the protests. Why should banks have a big chunk of their liabilities guaranteed for free by the government when farmers or builders or truckers don't? But not a word was to be heard. It went under the radar, but as policy it made no sense.

Today the government tells us it is going to fix this mistake and begin to charge banks for the benefit it gives them. The insurance levy will be 0.05per cent on deposits of up to $250,000 (ie, those that are insured). It will be paid by the banks, not customers, although the banks have already said they will pass the cost on. It will begin in January 2016.

The reason for the delay escapes me. It is a simple measure that could readily be imposed early next year, but again, better late than never. This is not a revenue grabbing measure - the levy will be ring-fenced as a fund to cover any future bailouts, at least until this fund reaches $15 billion. Early modelling suggests the levy will raise about $500 million a year, so reaching this target amount will take quite some time.

This is not the government's idea.

In March this year, Reserve Bank of Australia governor Glenn Stevens wrote to the government saying the Council of Financial Regulators (which consists of the RBA, theAustralian Prudential Regulation Authority, the Australian Securities and Investments Commission and the Department of Treasury) recommended the government implement such a levy.

Our current deposit insurance scheme is "ex-post funded". In plain English, this means that if an Australian bank was to fail, the government would impose a levy then, on the rest of the sector, to recover the amount it had spent reimbursing depositors. This is truly fantasy stuff. If one of our banks fails, the surviving institutions will be wobbly, you can bet on it. To impose a new levy in that environment on the surviving banks would be economically stupid, and politically almost impossible.

In fact, this is the best of times to impose a levy on Australia's banks - when they are so extraordinarily profitable that, in reality, they will hardly notice it. A counter argument to charging the levy is to drop the insurance.

Australia did well without deposit insurance for 107 years, so the argument would go, and while insurance was a useful stabilisation measure in 2008, we now have some of the world's most profitable and safest banks, so it is no longer needed.

This is a superficially attractive argument. It is also wrong. In the 1960s and '70s Australia was a financial island. But since then financial markets have gone global. There was nothing wrong at all with our financial sector in 2008 but some of the main markets in which our banks funded themselves simply stopped working all together. And some serious, hard-headed folk believe a run on one of our banks was quite likely back then - until the Rudd government introduced deposit insurance.

So deposit insurance was a good idea in 2008 and it remains a good idea today, precisely because our banks live in a globalised financial system. What was dumb in 2008 was to do so for free.

You will hear lots from banks as to why this is a bad idea. But it is not. It is a good idea that should have accompanied the insurance when it was first introduced. This new levy brings us into line with other developed countries. It sees banks paying for a benefit they receive to the exclusion of all other businesses. It is an improvement to our financial architecture.

Ross Buckley is a Professor of International Finance Law at UNSW.

The beginnings of something big

How can Australia benefit from the RMB?