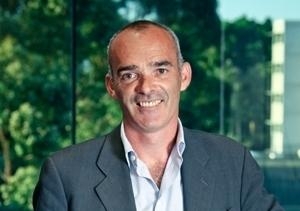 OPINION: The $1.92 billion deferred prosecution entered into by HSBC with US regulators is one of the most significant financial penalties imposed on a global bank.

On Tuesday in a Federal Court in Brooklyn, HSBC agreed to a legally binding settlement in which it accepted responsibility for systematic sanctions violations and the facilitation of money laundering on an industrial scale. It was also held accountable for threatening national security by providing financing facilities to a Saudi Arabian bank with links to terrorist groups.

“HSBC is being held accountable for stunning failures of oversight – and worse – that led the bank to permit narcotics traffickers and others to launder hundreds of millions of dollars through HSBC subsidiaries, and to facilitate hundreds of millions more in transactions with sanctioned countries,” noted the head of the Criminal Division at the Department of Justice, Lanny Breuer.

As with a separate deferred prosecution agreement with the New York District Attorney, Cyrus Vance, HSBC was required to admit the charges. Should further violations be uncovered, it faces immediate indictment.

The settlements come as Standard Chartered, another UK-domiciled bank, agreed to an overarching settlement of $327 million to bring closure to charges brought by a range of regulatory agencies, including the Federal Reserve and the Department of Justice along with the Manhattan District Attorney. This, in turn, follows the success by New York Department of Financial Services in securing a $340 million settlement with Standard Chartered in August this year, a trailblazing investigation in which the head of the DFS described Standard Chartered as a rogue organisation.

Both announcements reflect the growing centrality of deferred prosecutions as the prosecutorial tool of choice in the battle to ensure substantive compliance to violations of anti-money laundering, anti-terrorist legislation and sanctions imposed on regimes regarded as rogue state by the United States.

The expansion of the measure reflects both its strengths and limitations. On the one hand, it avoids the very real possibility of broader collateral damage. A criminal conviction would automatically trigger licence revocation, which would have devastating consequences for both the individual institutions and, given their systemic importance, the stability of the global financial system.

The limitation is that in absence of substantive requirements to change not only compliance practice but also broader risk and corporate governance reporting frameworks, the financial penalties could be written off as part of the cost of doing business.

In this regard, the scale of the HSBC fine sends an unambiguous message that materiality is increasing. As the Financial Times noted this morning, “a billion here, a billion there and pretty soon you are talking about serious money”.

But in sharp contrast to the Securities and Exchange Commission’s non-prosecution deal with Goldman Sachs, the Department of Justice has not taken HSBC’s word for it. It has forced the bank to impose an external monitor for the duration of the five-year period in which the deal is operational.

The external monitor holds what Lenny Breuer describes as a “Sword of Damocles” over the bank. It also applies to the various banking regulators who negotiated the deal. Future violations will automatically trigger the criminal conviction and produce the very outcome the settlement is designed to avoid.

In the aftermath of the settlement, HSBC’s share price rose marginally, reflecting a degree of closure. If anything, however, the sword is even more delicately poised. Global banking is on a precipice. A misstep could prove fatal. Governance, Risk and Compliance is likely to become a proto-profession in greater short-term demand.

The challenge, for both the professionals and regulators, is to ensure they institutionalise restraint. If not, the price of compliance failure will be too high to pay.