The world could be “on the cusp of a return to the Renaissance-style City State,” with two-thirds of our population living in a city by 2050, Business Council of Australia chief executive Jennifer Westacott has told a UNSW audience. 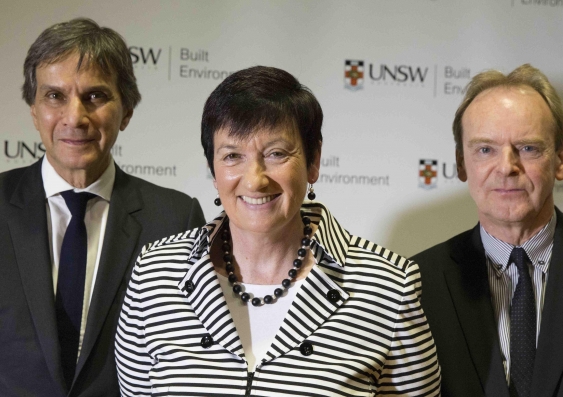 The world could be “on the cusp of a return to the Renaissance-style City State,” with two-thirds of its population living in a city by 2050, the Chief Executive of the Business Council of Australia, Jennifer Westacott, has told a UNSW audience.

During a wide-ranging presentation for the UNSW Faculty of Built Environment’s Utzon lecture series, Ms Westacott called for Australia to adopt a “cities agenda”, saying that in a decade or so, just 600 cities will be responsible for two-thirds of world economic growth and 200 of them will be in China.

“Two hundred Chinese cities will be responsible for an estimated 30% of global economic growth.

“Instead of Australian cities competing with each other, we need to think about competing with Singapore, with Chengdu, Hong Kong, Mumbai, Dallas, and the policy settings that will allow us to do this.”

Sydney and Melbourne should start planning for populations of 8 million each by 2050 and the spatial dynamics of cities should be rethought from suburbs and cities to corridors and hubs, she argued.

The North West Corridor in Sydney is a good example of this planning, with around 50% of NSW’s gross state product now concentrated within this global economic corridor, she said.

“While I am not advocating a central planning approach for Australia, I am saying that accidentally becoming a city of eight million people will lead to very poor outcomes indeed.”

Ms Westacott advocated for a more cohesive policy than the status quo of “muddling through”.

“Unless we adopt a more purposeful approach to the planning, design and governance of our cities, the community will continue to push back on the entire concept of population growth,” she said, warning that slow or declining population growth will lead to a parallel result for the economy.

While massive forces of change are already shaping our cities, such as globalisation, technology and digital disruption, and demographic shifts, we need to be flexible and plan for different concepts of what makes a city, Ms Westacott said.

She argued for a national population strategy, the reform of state planning systems, outcome-focused metropolitan strategies and a creative approach to how we fund and finance public infrastructure.

In calling for a collaborative approach, Ms Westacott made the point that “the key to getting cities right is in their design”.

About the Utzon lecture series:

The flagship public lecture series is hosted by UNSW’s Faculty of Built Environment and named after renowned Danish architect Jørn Utzon, the mastermind of the Sydney Opera House.

Students in the city