Australia's big four accounting firms need to support transparency in what they do, not just in what they say, says Jeffrey Knapp. 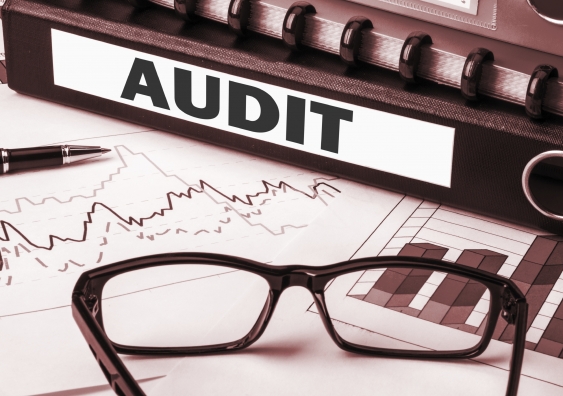 OPINION: The Senate Inquiry into corporate tax avoidance is due to hand down its final report by the end of this week. One of the lesser-mentioned groups appearing before 2015’s Senate hearings are Australia’s big four accounting firms.

Multinational companies like Apple, Chevron, Google, Microsoft, and News Corp have dominated headlines, but little has been said of the role of PwC, KPMG, Deloitte and EY. After all, it is the big four firms that audit the accounts of leading multinational companies and render assistance with their taxation affairs.

The big four firms claim they are supporters of transparency because it is fundamental to building public trust and confidence in the accounting profession.

But when asked about the accounting practices of their multinational corporate clients during the November 2015 Senate inquiry hearings in Sydney, the big four firms were far from transparent.

Senators questioned the firms about why at least 20 leading multinational companies had switched from general purpose accounts to special purpose accounts, resulting in fewer financial disclosures and lower transparency.

The operations of multinationals like Bupa, News, JBS, and Serco touch the lives of a significant number of Australians. Company stakeholders such as contractors, employees, customers and government agencies should have access to general purpose accounts.

These multinational companies have dominant or powerful market positions with revenues and assets in the billions of dollars, government funding or contracts and creditors including thousands of employees. In switching to special purpose accounts, the companies and their big four auditors have undervalued two key indicators that general purpose accounts are required.

The greater the economic or political importance of an entity, the more likely it is that there will exist users dependent on general purpose financial reports as a basis for making and evaluating resource allocation decisions. (Statement of Accounting Concepts SAC 1 paragraph 21)

Financial characteristics that should be considered include the size (for example, value of sales or assets, or number of employees or customers) or indebtedness of an entity. The larger the size or the greater the indebtedness or resources allocated, the more likely it is that there will exist users dependent on general purpose financial reports as a basis for making and evaluating resource allocation decisions. (Statement of Accounting Concepts SAC 1 paragraph 22)

No reason was given for switching to special purpose accounts. No disclosure was made of why fewer disclosures had become appropriate. The omission of this disclosure appears to be at odds with the following black letter requirement in accounting standards:

The unstated premise of the big four firms is that users who had previously relied on general purpose accounts were no more. In truth, there is no logical way to defend this vanishing because the super-sized multinational companies were still teeming with stakeholders.

Asked about the switches at the Sydney hearing, representatives of the big four firms stuck to the confines of their individual roles as tax partners. They claimed to be unable to shed light on the issue because it was dealt with in a different section of their firm - that is, audit and assurance.

Not a single person in these leading multinational companies or the big four firms has subsequently presented a single cogent reason to explain the switching to special purpose accounts.

At least the Australian Accounting Standards Board (AASB) made something of an effort to come up with an explanation at the Sydney hearing, albeit not a particularly salient one. AASB chief executive, Kris Peach said:

“What we are saying is that there is an accounting concept which is a reporting entity concept. It is quite subjective in how it is applied… I do think that economic significance is important, but it is very hard to actually determine what economic significance is, and that is why there needs to be some good consultation around that . .. .Where we need to get to is that the end criteria are very objective.”

Apparently, the concept is to blame for leading multinationals being less transparent. The concept is too subjective. The concept relies on substance over form and professional judgement. But aren’t accounting concepts supposed to be like that? What is an asset? Isn’t that subjective too?

The truth is that there is nothing wrong with the existing user-based concept for general purpose accounts. The concept has applied since 1990. The switching to special purpose accounts by leading multinationals and their big four auditors is a relatively recent phenomenon.

The accounting evidence at the Senate inquiry into corporate tax avoidance is cause for public concern. It gives an impression that the big four firms are prepared to overlook generally accepted accounting practice for multinational clients with deep pockets.

The partners with gravitas at the big four firms need to take stock of the accounting practices that have emerged from their leading multinational clients. Priority number one should always be keeping faith with the concepts and standards of the accounting profession. Public confidence is not a trifling matter. Audits and auditors will soon be obsolete if standards are not maintained and enforced. Professional judgement of subjective accounting concepts is the key thing that auditors have done for time immemorial.

In December 2015, the Parliament introduced new tax laws so that significant global multinational corporations must henceforth furnish general purpose accounts to the Australian Taxation Office. In effect, the Parliament had to bypass the AASB and the big four firms to get a better outcome.

Most chartered accountants place great value in their designation and are careful to protect the legacy and reputation of the professionals that have gone before them. The big four firms are not immune from this vigilance. If the big four firms wish to remain prosperous over the long run, then they need to support transparency in what they do not just in what they say.

Jeffrey Knapp is a lecturer in Accounting at the UNSW Business School.