The Cricket World Cup is growing as an economic money spinner, with associated benefits to tourism and marketing as well as 'sports diplomacy', writes Tim Harcourt. 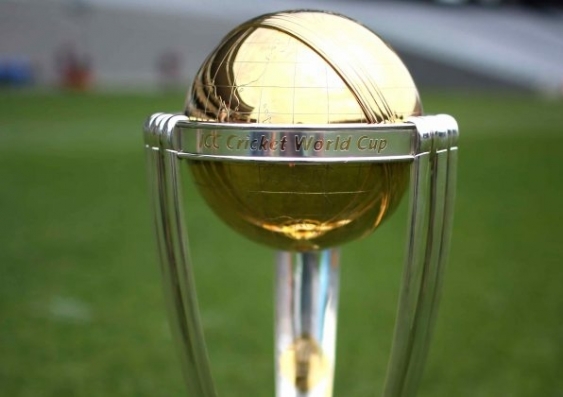 OPINION: What an amazing time it’s been for Australia and India lately. There’s talk of a freetrade agreement and we had “Modi mania” in Australia after the G20, as Indian Prime Minister Narendra Modi took Australia and the world by storm with his mandate to build a new India. We saw India’s cricket fans, the “swami army”, swarming into the new-look Adelaide Oval for the historic India- Pakistan World Cup qualifier.

The India-Pakistan match beamed around the world was estimated to be the most watched cricket match in history in terms of TV viewers. Indian and Pakistan fans travelled to Adelaide not only from South Asia but from as far away as Toronto. Large groups of the Indian and Pakistani community made the journey from Sydney and Melbourne. Indian and Pakistani flags were seen flapping from cars at the border (that is the border of South Australia and Victoria, not in the Punjab) and Indian commentators thought Adelaide Airport temporarily looked like any Indian airport in the middle of an Indian Premier League series.

Premier Jay Weatherill hosted a major community function for Indian businesses before the game and later a historic India-Pakistan business function. The game itself (which India won comfortably) had everything except the SA Tourism Minister catching a six, which he has done before at Adelaide Oval (maybe next time, Leon Bignell).

The huge crowd at Adelaide (and for the Australia-Pakistan quarter-final) indicates how the World Cup has been attracting cricket lovers from near and far, as well as business opportunities, particularly in tourism. According to Cricket Australia’s Jonathan Rose, ticket sales were expected to hit 1 million. Rose points out even cricket newcomers like Afghanistan played to a sold-out crowd in Canberra against Bangladesh, and that came “even before we count the Australia-England or South Africa-India blockbusters”.

As an economic money spinner, the Cricket World Cup is growing, partially because the cost of broadcast rights has doubled for the International Cricket Council due to the popularity of the game in India. It is estimated that 70 per cent of the world’s cricket revenue is generated from India. That’s why having the Indian team based in Adelaide was important to South Australia.

So with the Asian Cup a success in soccer and the Cricket World Cup attracting fans globally to Australia and New Zealand, it’s a big year in the economics of international sport. And the associated benefits in tourism and marketing, not to mention “sports diplomacy”, show it’s much more than a game on the world stage.

This opinion piece was first published in the Adelaide Advertiser.