Economics aside, there is a big picture geo-political angle to consider when it comes to the Brexit vote, writes Tim Harcourt. 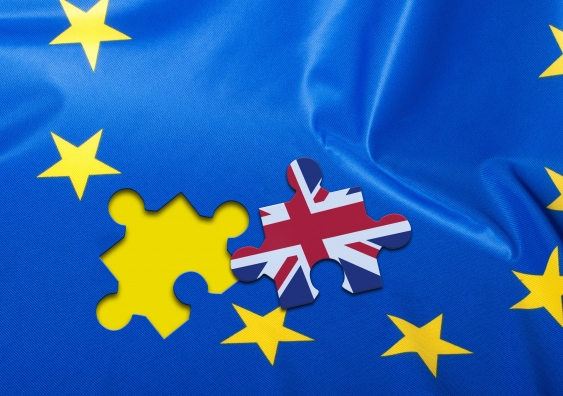 OPINION: You can’t blame the Europeans. The original grand European project had the best of intentions. In the shadows of World War Two – another bitter and bloody war – the leaders of France and Germany decided they never wanted to go to war again. And the idea was that binding Europe together in an economic union would prevent any outbreak of future military conflict.

And it was straightforward enough – just a simple customs union reducing tariffs between a handful of states. A simple ‘Economic Community’ of sovereign states trading between themselves with minimal red tape. But it grew in size and grew in ambition, with 29 very different countries, a parliament, a central bank, a foreign policy for Europe as a whole and even a common currency.

We saw the consequences of the European overreach with the Greek Crisis (See my article: ‘My Big Fat Greek Debt’) where ageing factory workers in Hamburg and Dusseldorf could hardly be expected to pay the pension of a retired Greek public servant on the Greek Islands. It’s hard to have monetary union without fiscal union.

Now as a consequence, the UK, a reluctant member of the European Union (EU) (who were actually vetoed by Charles de Gaulle in the early days) is now thinking of leaving the club (dubbed “Brexit”, an shortening of British Exit), a club that it may have never really liked being a member of.

And the ‘Battle of Britain’ for and against leaving is about to take place on the 23rd June this year with Prime Minister David Cameron wanting to stay and London Lord Mayor Boris Johnson wanting to go.

What would be the consequences of leaving? A view of the “go” camp is that there’s unlikely to be adverse impact to the British economy if they are vote democratically to leave the EU. The view has been that the EU has distorted rather than created trade and the UK would do just fine with its major trading partners in and outside Europe (in the USA, Canada, Asia, Latin America, Australia, NZ) without the EU straight jacket of protection and subsidies. Leaving the EU would allow the UK to focus on trade relations with successful economies away from Europe, like Australia for instance.

The usual examples given are successful economies like Norway and Switzerland who have done fine outside the EU, including as a trading partner of Europe, as well as the many who stayed outside the European Monetary Union (I bet there are a few economies that wished they hadn’t ditched their own currencies and signed up to the euro now).

Furthermore, the ‘go’ advocates, say the UK could retain some of the good things the EU has brought like progressive social and environmental standards, and they can still enjoy European culture, nice restaurants and holidays all the same (you don’t have to be in the EU to be a ‘good European.’)

On the ‘stay’ side, they say leaving the EU would be harder than you think, and then Britain would have to re-negotiate trade deals at a disadvantage and eventually fall behind the rest of Europe as it did in the 1970s. It could have an adverse effect on business confidence and inward foreign direct investment. And Scotland and Wales may push again for independence.

But economics aside, the ‘stay’ case says there is a big picture geo-political angle to consider as well. UK support for the EU may be important in an uncertain world with fundamentalist Islam, Putin pushing for a neo-Cold War Eurasia bloc, tensions in the South China Sea and other global problems. Regardless of the economic costs of staying in (and they may well be less than a disruptive exit), they say the world actually needs Britain to stay in the EU for international economic stability.

It’s going to be an interesting and wild ride to the 23rd of June.

Tim Harcourt is JW Nevile Fellow in Economics at the UNSW Australia Business School and author of The Airport Economist, Trading Places and Great Southern Lands – Building ties between Australia and Brazil.

This opinion piece was first published in The Hip Pocket.