Opinion Brexit: in the short term OK, in the long run massive uncertainty

Who is right? Is Brexit a big economic deal or not? In the short-term, unlikely, in the longer term it will be much tougher, writes Richard Holden. 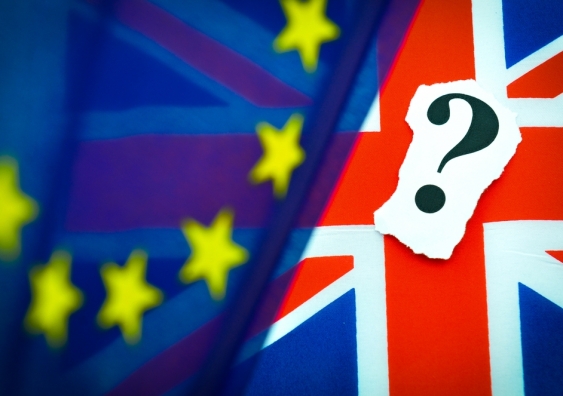 OPINION: Prior to the stunning "Brexit" vote, most economists, along with pro "Remain" politicians, warned of the serious consequences from the UK's exit from the European Union.

And after the vote's outcome became clear, the pound plummeted, global stock markets plunged, and there was a flight to safety in capital markets that hammered currencies like the Australian dollar.

Yet some commentators suggested this was no big deal, and certainly not a repeat of the financial crisis of 2008. Someone no less distinguished than the New York Times's Paul Krugman said: "The economic consequences will be bad, but not, I'd argue, as bad as many are claiming." The Australian's Greg Sheridan was completely unconcerned about potential fallout, and even blamed those who were worried, saying: "More than anything else, it is the irresponsibility with which Cameron spoke of the British economy, and of what would happen if Britain left, which has resulted in the roiling of global markets in response to Brexit. The voters didn't believe Cameron, but some of the international markets did."

So, who's right? Brexit: big economic deal, or not? Let's start with the short term. Here, there is a relatively small chance of a really bad outcome.

Lending markets could dry up

The big concern is that short-term lending markets could dry up. That's what caused the chaos surrounding the demise of Lehmann in 2008. Most banks around the world rely on short-term funding – often rolled over every 24 hours – to finance their operations. If those markets (the so-called "Repo" and "commercial paper" markets) freeze, then there is an effective bank run. In 2008 that broke Lehman, and very nearly others including Morgan Stanley, Goldman Sachs, and Bank of America.

Worryingly, Australian banks rely more on short-term funding than almost any in the world. Will these money markets freeze? Well, that all depends in what investors believe that other investors believe. If confidence generally remains, then there is a virtuous circle of beliefs that lead credit to being continually supplied.

But, as we saw in 2008, seemingly small events, like a money market fund "breaking the buck" (the Primary Fund being in position to pay out slightly less than its obligations), can cause an expectations death spiral. The same thing happened in 1998 when a rinky-dink little hedge fund, called Long Term Capital Management, set off a chain reaction that nearly detonated the global financial system.

The short answer about the short term is that we're probably OK. But there is a non-trivial chance of something disastrous happening. Hold your breath this week and next.

Medium term, Brexit makes the likelihood of another recession in the UK disturbingly likely. The Bank of England is already talking about cutting interest rates and providing £250 billion of emergency liquidity to ward off the possibility. Britain's economy – like many around the world – is staging a slow and shaky recovery from the events of 2008. An event like Brexit that shakes confidence, roils markets, and creates massive political uncertainty, makes consumers and investors who are already on the sideline even less likely to consume and invest.

Given how difficult the recovery from the events of 2008 has been, a large step backward into another recession would be a significant blow. And let's not forget that young people who graduate high school and university during economic downturns earn materially lower incomes for the rest of their lives, relative to those who graduate during normal economic times. Brexit condemns another cohort of young people to a worse future. Ironically, it was young people who voted most strongly to remain part of the EU, with only an estimated 19 per cent of 18-24 year olds wanting to leave. I guess they lost twice.

Long term, Britain's exit from the European Union will lead to less economic integration and less trade with Europe. That's bad news for Britain and Europe. Reasonable estimates put this cost at 6 per cent of GDP by 2030. Given how hard fought even modest amounts of economic growth are to come by these days, this is a material hit. It is also worth remembering that the divorce proceedings will take two-plus years so (under Article 50 of the Lisbon Treaty). New trade and migration agreements will need to be negotiated. Threats will be made, and uncertainty will reign. We don't yet know who will be Britain's prime minister, or even opposition leader. Scotland may leave the UK. And on, and on.

Brexit is sad. The better angels of Britain's nature lost. It is also a vote against the economic interest of Britain, Europe, and the world. Brexit is bad. Just how bad that is, we will see of the coming weeks, and years.

This article first appeared in the Australian Financial Review.

Don’t panic (yet) as UK heads for the Brexit