Opinion Budget 2017: Bank populism will be paid for by customers

Given the lack of competition in the sector, it won’t be the banks’ shareholders who pay for the new $6 billion levy. It will be mortgage holders and other customers, writes Richard Holden. 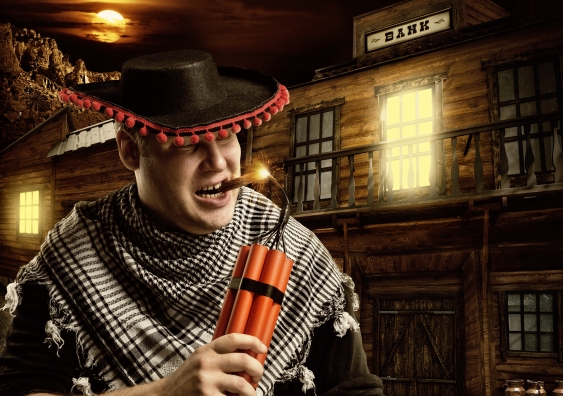 OPINION: Treasurer Scott Morrison used to like to say Australia “doesn’t have a revenue problem, we have a spending problem”. It turns out this sentiment was true in 2016.

Now this year’s federal budget is a big-taxing, populist, and nakedly political one. It’s not all bad news, or even all bad policy, but it marks a break from the rhetoric and policy attempts of the past.

The treasurer referred to the A$13 billion “zombie” measures the Senate has failed to pass as a “Senate tax”, in justifying the tax increases in this budget.

The first major tax increase is a 0.5% increase in the Medicare levy from 2.0% to 2.5%. This raises over A$4 billion a year on a run-rate basis. It’s also a major slug on the bulk of Australian taxpayers.

The treasurer has a point that both major parties agree the NDIS should be fully funded, but two other points remain. First, the government previously wanted to do it without raising taxes. They have raised a white flag on that. Second, it’s unclear that it really will cover the full costs. Treasury is flying blind trying to forecast the take-up rates and eventual cost of the NDIS. The estimates look low to me.

If it does end up costing a lot more, what then? Another 50 basis point tax hike? Based on Morrison’s logic today that it’s an “insurance scheme” that a decent society has to fund, there is no alternative.

The most extreme measure is the new “bank levy”. This is painted as a “modest” six basis point tax on banks with liabilities of more than A$100 billion. In reality, it’s a A$1.6 billion per annum slug paid for by the big four banks, plus Macquarie. The treasurer made a big deal of how it’s “not a tax on deposits”, but this is nonsense. It’s a tax on 70% of the funding structure of the big banks; it amounts to roughly 4% of their annual profits being yanked away.

Worse still, given the lack of competition in the sector, it won’t be the banks’ shareholders who pay. It will be mortgage holders and other customers. It’s ironic that this nakedly populist bank-bashing attack will end up slugging average Australians.

Last year I was highly critical of the almost absurdly optimistic growth assumptions—particularly nominal GDP. This year’s budget is a little better, but still involves a fair amount of heroics.

Nominal GDP is forecast to grow at 6% this year, and then between 4.0% and 4.75% in the latter years of the forward estimates. If the iron ore price doesn’t hold up, then that 6% number might be missed, perhaps by a lot.

This year the treasurer is putting the rabbit back into the hat with wage price growth. This has been stuck at around (or below) 2% for years, yet the budget has this going from 2.5% to 3.0%, then to 3.5%, and then 3.75%. There is no real reason to believe this will happen.

And the overall faith in global economic recovery that’s mentioned in the treasurer’s speech certainly could come about, and there are some positive signs. But it’s a lot to bet on so heavily. The US Federal Reserve is clearly nervous, China is still heavily indebted. There’s a lot that can still go wrong with global growth.

A welcome change to the way the budget is presented is the distinction between “good debt and bad debt”. This is something I have argued in favour of for some time. The treasurer has clearly distinguished between recurrent expenditure—such as for Medicare, welfare payments, and schools — and spending that is more capital in nature, such as infrastructure.

Many commentators, myself included, have rightly pointed out in recent days that investments come in many forms, including in human capital. In other words, good debt is not just for bridges, but includes better teachers, more educational resources, preventative medicine, and other things the treasurer left out. Still, the move away from a mantra of “all debt bad” is certainly a welcome one.

Another forward-looking measure is to not “raid” the Future Fund, but preserve it for another 10 years. This will allow, on current projections, it to fully fund the pension liabilities it was designed to, past the year 2100. Raiding it early would have, by way of reverse compound interest, left a huge unfunded liability. As the treasurer said, if you can borrow at 3% but earn 7% (as the Future Fund has), why pull money out? Quite so.

The general reaction in the budget lockup today was that this was a “ho hum” budget. I disagree.

The budget was extraordinary in many ways. It is an abandonment of restraint on taxes by a liberal government. It is nakedly populist. It also acknowledges that government debt can be productive, and that raiding the Future Fund for short-term reasons would be a terrible idea.

There is a little bit to like, quite a bit to dislike, and some heroic assumptions about the future. But boring this budget is not.