Labour market scarring can have a lifelong effect on people’s earnings and their ability to climb the employment ladder, says UNSW Business School's Richard Holden. 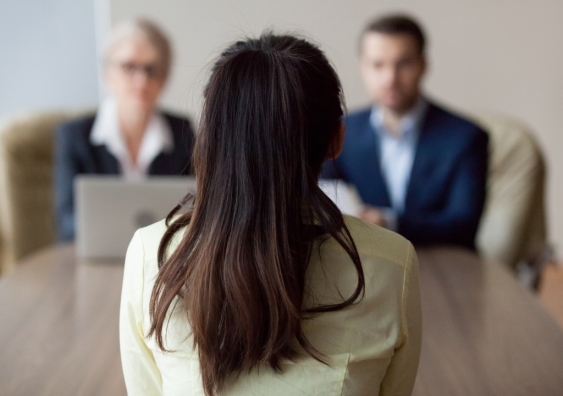 With unemployment rates currently hovering around 6 per cent, it will be critical for the federal government to take steps in its forthcoming federal budget to get more people into work and gradually increase productivity and wages growth, said Richard Holden, Professor of Economics at UNSW Business School.

“One of the challenging things we know that can happen to you as a young person entering the labour market is to enter it at a time of a big economic downturn,” said Prof. Holden.

Labour market scarring occurs when workers have an adverse experience associated with macroeconomic conditions, which results in negative long-term impacts on their labour market outcomes.

“So, it will be really important to make sure we get young people who can work actively into the workforce,” said Prof. Holden.

While an unemployment figure of 6 per cent is not as high as many feared in 2020, Prof. Holden said it is still “far too high” and acknowledged the Reserve Bank and Department of Treasury want the unemployment rate to be at 4 per cent or lower in order to put pressure on the labour market and get wages growth up.

“Wage growth has been very sluggish in Australia since about 2013, so getting unemployment down is the number one challenge,” he said.

With the JobKeeper and JobSeeker programs coming to an end in March this will also make it harder for businesses to hire new recruits or maintain existing staff numbers.

Prof. Holden said this will make it particularly challenging for young Australians who want to enter the labour market.

While the federal government will be handing down a federal budget carrying record levels of debt, Prof. Holden said it should provide ongoing fiscal support while shrinking down debt as a share of gross domestic product (GDP) in the long-term.

“The economy has needed a lot of fiscal support that was provided in 2020. If that’s cut back too aggressively in the name of trying to reduce or not increase debt, that would be a shame,” he said.

“It is important to remember Australia came into 2020 with one of the lowest net debt to GDP ratios in the world.

“And we’re going to come out of it with one of the lowest in the world,” said Prof. Holden, who noted this also comes at a time when the country can borrow at interest rates of just 1–1.5 per cent.

“Even $200 billion, you’ve got to think about the carrying cost of that being $2-3 billion a year. That’s the real cost of it, not the sticker value itself,” he said.

“I think it’s really important that we get away from this narrative of needing to, quote, pay down the debt, rather than just shrink it away as a share of GDP as the economy grows.

“That’s what we did in the post-World War Two era in Australia. And that’s what we should do this time, rather than pulling back fiscal support too quickly, and not helping the economy grow as rapidly as it otherwise could.”

With the federal government revealing that it will provide $1.7 billion to reduce the cost of childcare in its upcoming federal budget, Prof. Holden said it is important for the government to make it easier for women to have more choice in the workforce.

“COVID really shone a light on childcare, and women, in general, tend to take more responsibility in a lot of Australian households,” he said.

While extra support for childcare is important, Prof. Holden said childcare support needs to go further than just providing a larger or uncapped subsidy to families.

“That’s good, but unless there are measures that increase the supply of childcare in general, whether that be out of home or in home, subsidies just generally drive up the price,” he said.

“So, you can say to people, ‘we’re removing the cap’ but if they end up spending just as much – or more – because the price goes up, then that’s obviously not very helpful.”

More broadly, Prof. Holden said he expected a number of measures in the upcoming federal budget for women.

“There was a lot of criticism last year about the absence of any specific measures for women,” he said.

“So there will be things in there to do with childcare and other measures. I don’t think that’s a big surprise.”