Opinion Budget brief: will I lose my age pension?

The 2015 budget confirms the government is committed to reducing the cost of the age pension, but will now do so more fairly than it intended last year, writes Rafal Chomik. 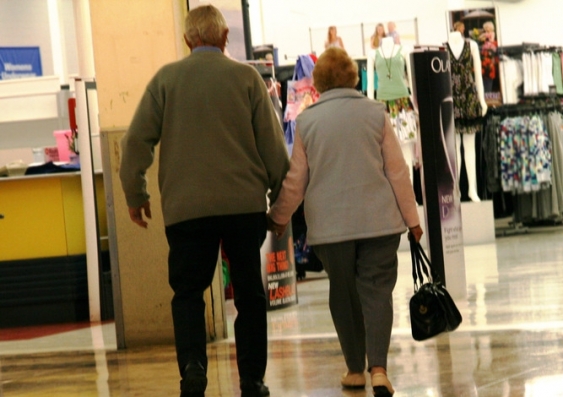 As expected, part-pensioners will be most affected by budget changes. AAP Image/Melanie Foster

OPINION: The 2015 budget confirms pre-budget announcements that the government is committed to reducing the cost of the age pension, but will now do so more fairly than it had intended in last year’s budget.

The government had previously wanted to link the annual increase of the age pension to CPI instead of wages. Since prices grow more slowly than wages, this would have affected negatively anyone expecting to receive the pension in future.

Crucially, that policy would have lowered the safety net for those with the lowest incomes, halving its value relative to wages in the next forty years. Of the different options to reduce pension costs, this was the most inequitable. Thanks to Senate opposition it has now been abandoned. The freeze on eligibility thresholds relating to the pension will also be abandoned.

The new proposal, to start in 2017, is to make the pension more targeted by tightening the asset test, particularly for home-owners.

The previous policy would have cut the maximum. The new proposal is to extend the free area, but to make the taper on extra assets more aggressive (see illustration) – a measure originally proposed by the Australian Council of Social Service (ACOSS).

The family home is still not counted as an asset. But as this graphic shows, people who own their own home will be affected differently to those who do not because the free area increases much more for non-home-owners than for home-owners.

Who will be affected by the new means test?

You will be affected if your (non-home) assets are within the green or red asset ranges, which differ depending on relationship status and housing tenure. One consolation: the Treasurer has promised that “anyone who currently has a Pensioner Concession Card will continue to receive a concession card that provides the same benefits.”

The vast majority of older people will see no change. Those gaining and losing are part-pensioners. The Government estimates that 170,000 with modest savings are expected to gain some age pension and about 330,000 part-pensioners with more assets will lose at least some of their entitlement.

For example, older couples who own their home and have other assets between about A$800,000 and A$1.2 million are expected to lose their part-pension altogether.

Of the $2.4 billion savings to the budget created by these changes, almost the entirety is borne by changes affecting better-off home owners.

So the measure takes a step toward redressing the inequality of excluding the family home from the asset test, where someone who used their savings to buy a house is favoured over someone who uses theirs to pay rent.

The ideal policy would include the family home beyond a certain level and make better use of the Pension Loans Scheme, under which pensioners can get the age pension and eventually pay it back from the equity of their home.

While not saving as much as the previous indexation policy, the effect of a tougher asset test will build over time as Australians accumulate more superannuation savings. In future, more Australians will have assets that will reduce their age pension.

Either way, Australia would be expected to continue to spend very little on public pensions compared to most OECD countries.