Opinion Calculating the odds of a Trump impeachment: don't bet the House

If the Democrats get close to retaking the US House of Representatives in the midterm elections, the odds of impeachment are high. But the Senate remains problematic. 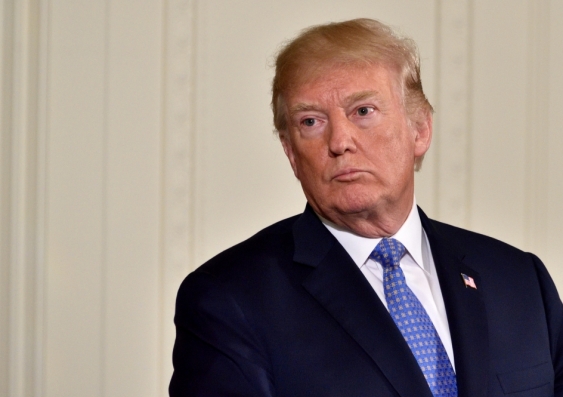 US President Donald Trump will be watching closely the results of the upcoming midterm elections which could have an impact on whether he is impeached. Image from Shutterstock

What are the chances of US President Donald Trump being removed from office if the Democrats do retake the House of Representatives in the upcoming midterm elections, or at least make significant gains?

These days, you can bet on anything in politics, including which White House Cabinet member might be next to leave and how many Saudi Arabia tweets Trump will send this week.

In politics, as in everything else, one should follow the money. If the betting markets give good odds, surely that means it is likely to happen, right?

Not quite. Suppose a fictitious horse, Tempestuous Daniels (named after Stormy Daniels, naturally), is running in the Melbourne Cup with odds of $3, and that some billionaire puts $10 million on her to win.

Bookmakers do not want any further bets on the horse, otherwise, if she were to win, they’d go bankrupt. So, they’ll shorten the odds to $1.01 to discourage further bets. The horse is now surely the favourite - but not due to its intrinsic chances of winning.

Odds of impeachment in the House are quite good

So, what of impeachment? The US Constitution allows for the impeachment of a president for “treason, bribery or other high crimes and misdemeanours.” The House of Representatives can vote with a simple majority to impeach a president. The impeached leader is then tried in the Senate. If two-thirds of the Senate find him or her guilty, the president is removed from office.

But will the chances of impeachment change if the Democrats retake the House after the November midterm elections? The US political website FiveThirtyEight.com publishes daily forecasts of all the races and the probability of each party winning control of the House and Senate.

To make the following analysis easier, we shall assume that all Democrats will always vote to impeach (in the House) and vote for guilty (in the Senate). Given this assumption, we can boil the analysis down to one number: the odds of any given Republican crossing the floor (or crossing the aisle, as they say in America) and voting against Trump.

To explain the concept of independence, consider the following. The odds of rolling a five on a standard die are 1-in-6; the odds of drawing a diamond from a standard pack of cards are 1-in-4. The die has nothing to do with the cards. Therefore, these probabilities are independent of one another.

Let’s return to the election predictions. Let’s also assume the Republicans retain a slim 218-217 majority in the House. We don’t care whether it is Peter who crosses the floor, or Mabel, or John. What we want is the number of ways of choosing one Republican to cross the floor, and all 217 others to stay loyal. There are 218 such ways for this to happen.

Similarly, we can figure out the odds of two (or more) Republicans crossing the floor. We need to figure out how many ways we can choose two “p"s (to cross the floor) and 216 (1-p)s (to stay loyal). This brings us to an area of mathematics known as combinatorics.

Crunching the numbers, we arrive at a long expression that gives us the odds of a Trump impeachment where the only variable is p.

Suppose there was even just a 1% chance of a Republican crossing the floor, that is, that p = 1%. Then the probability of impeachment according to these calculations is 83%. If p = 3%, this jumps to 90%; if p = 5% then there is a 95% chance that Trump becomes the third impeached president after Andrew Johnson and Bill Clinton.

Therefore, even if there is only a small chance of any given Republican crossing the floor, there is a very high chance of impeachment.

But… odds in the Senate are far longer

What, though, about a guilty verdict in the Senate? Remember, you need 67 senators to vote in favour of removing a president from office.

According to FiveThirtyEight.com, the Republicans currently have a 81% chance of retaining control of the Senate. The Democrats face very long odds to get even close to the 67 senators needed to impeach – they have a 0.1% chance to reach even 56 seats. Even then, they would need 11 Republicans to cross the floor – a very tall order.

This makes a guilty verdict almost impossible to achieve.

For Trump to be removed, he needs to be impeached by the House and then found guilty by the Senate. Assume these events occurring independently of one another.

If the odds of any given Republican (in either the House or Senate) defecting were 1-in-4, there would only be a 7% chance of Trump’s removal. Even if this rose to a staggeringly unbelievable 1-in-3 – meaning one-third of Republicans would try to remove their own President – the odds of removal are still not quite even money.

This article is based on a talk given in the G.S. Watson Annual Lecture at La Trobe University, Bendigo.

Impeachment of a US president: how does that work?

How many people do you need to survey to get a convincing answer?

Emmanuel Macron staged a punk coup on the Champs-Élysées