Opinion Canberrans, cars and congestion: public transport in the ACT 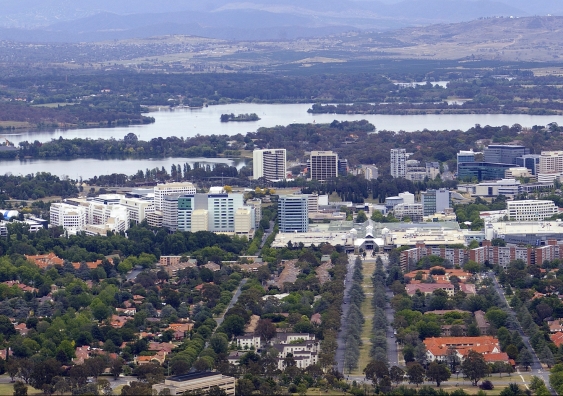 OPINION: January is a good month to be in Canberra. The weather is warm and the streets are quieter than usual, as most of the population has left for the South Coast. Indeed the quietness of the streets is a useful reminder as to just how car-dependent our city is.

It is a dependence that Labor and even more strongly, the Greens want to wean us away from, partly for environmental reasons, and partly out of a concern for our health. So far, despite years of social engineering aimed at getting more of us to take public transport or, even better, to walk or cycle to work, most of us are as car-based as ever.

ABS data for 2006 showed Canberrans were the most likely of any Australian city dwellers to use their cars to get to work. In the decade since, the city has become somewhat less dispersed, as apartments have been built in and around the town centres, and parking has been made much more expensive.

Yet the numbers using ACTION buses, despite numerous attempts to rejig timetables and routes, have not changed much. In 2007, there were just over 17 million passenger boardings. In 2014-2015, according to ACTION's annual report, the number had risen by just 500,000, to 17.6 million, well below the target figure of 18.5 million. Even if we assume that all the increase was commuter-based, it is doubtful that the modal split (between those using cars and other forms of transport for the journey to work) has changed very much. With the best will in the world, it is difficult to see the Gungahlin to Civic light rail enticing those who currently drive the route, to leave their cars at home.

The problem is not that Canberra's public transport is particularly poor. With the resources it has, the much-maligned ACTION does a creditable job in running a service for a city that is, and for the foreseeable future will remain, predominantly suburban and low-density. It is rather that Canberra is a planned city, and it was planned around the private motor vehicle. Whether or not more public transport use is a desirable objective, it cannot (as the government seems to think) be accomplished by social engineering. It needs a more holistic approach.

Although it is now almost two decades since self-government, Canberra's DNA remains as prescribed by the town planners of the National Capital Development Commission (the authority that planned Canberra during what was its most decisive period of physical growth from the 1960s through to the 1980s).

The planners envisaged, not a centralised city with a CBD, but one that was multi-centred, with most people working in town centres, and travelling by car to work from the surrounding suburbs. If they lived further afield, fast parkways would take them to their destination. So, unlike in Sydney, where suburban sprawl obliged people to own cars, Canberra was designed to maximise the efficiencies afforded by the motor vehicle.

The NCDC had unparalleled power to achieve its vision. Its successor organisation within the ACT government, the ACT Planning and Land Authority, necessarily operates differently. Indicative town planning, NCDC-style, has given way to strategic planning, based on the enunciation of broad principles that are then used to guide detailed implementation, via the Territory Plan and other controls. Labor has used these mechanisms, as well as its own development capacity, to build up density.

The problem with these plans is that most citizens, whether they live in apartments or not, persist in using their cars to get around. They use their cars to commute and they most certainly use their cars for shopping, visiting friends, getting the kids to school and so on. Indeed since Canberra's older suburbs were planned, car ownership has increased considerably. It is now not unusual for every member of a household of car-driving age to have his or her own car.

The ACT government has declared war on these cars, by making it more and more expensive to park, just about everywhere. Somehow, citizens are finding ways of getting around this disincentive. Pay parking areas that used to be full all the time, are remarkably free of vehicles, yet bus patronage has not grown nearly as much as expected. Is some form of teleportation being practiced?

There are good reasons for increasing density in Canberra. But in a car-based city, there are both more opportunities and more constraints for bringing about change. Unless the idea is to force more people on to the buses by deliberately creating congestion, governments need to consider, very carefully, just how these extra people are going to get around.

There are signs that the existing infrastructure is showing the strain. The suburb of Chifley, for example, to the south-west of the Woden Town Centre, is gradually increasing in population as (often painfully) higher-density housing is incorporated into the suburban streets. But (relative to the time of Chifley's original transport planning) even a modest increase in population greatly increases the number of cars, because just about everyone has one. As schools have closed, and the neighbourhood shops have become more specialised, getting people into and out of Chifley has become increasingly difficult. To add to the congestion, newish high density housing has been developed in the nearby suburb of Lyons, with more planned.

The nearest arterial road to the east, Melrose Drive, is a good-sized road, but it was not designed to take all these extra vehicles and in peak periods is rapidly becoming a choke-point. The government's preferred solution – traffic lights at every intersection – adds to the congestion.

When the new Woden Town Centre Master Plan was recently presented, the problems of Melrose were raised, and the need for a new road running to the west of Canberra College (as part of the future rapid transport corridor) was suggested. This corridor, came the response, would be for public transport alone. Private vehicles would not be permitted.

Although well-intentioned, this is not planning, it is ideology. The risk is that there will be a backlash, and we will end up with more roads (or more rat-running) and less public transport use than would otherwise have been the case.

We need thinking that sees Canberra as a system, that is as a city of moving parts and relationships that should be nurtured by planning, rather than as a receptacle for the building of apartments. There is also, surely, scope for more investment in ACTION services, rather than putting millions into light rail.

Let us hope that the pivotal minister in the current government, the Greens' Shane Rattenbury, can be persuaded to pull back from the over-reach entailed in current policy. He is an able and likable person and by far the hardest-working minister in an admittedly tired government. Public transport is for the city, Shane, not the other way around. We cannot return to the NCDC days, but we need a bit more of that holistic vision, and more flexible thinking about the relationship between where people work, and where they live.