In its 20th year, UNSW Sydney’s Peter Farrell Cup is identifying the next generation of leaders who will turn clever solutions into commercial success. 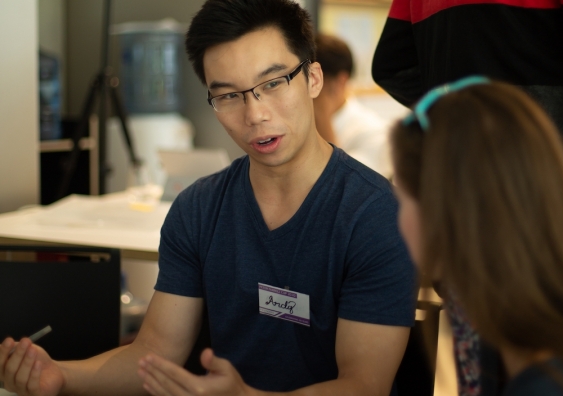 "All the mentors provided great insight into commercialisation, an area we had never considered before": PhD candidate Andrew Law, the CPO and co-founder of Alten.

Alten addresses a major problem oncologists face in knowing whether a cancer treatment will work in a patient, especially when the first line of treatment fails and the individual is moved through options until the right one is found, greatly affecting survival rates.

“This trial-and-error approach of testing treatments in the body is harmful to patient wellbeing, not to mention expensive,” says PhD candidate Andrew Law, the CPO and co-founder of Alten. “We started to think about what would happen if there was a device that could let oncologists know which treatment is right for each patient’s cancer.”

The Alten medical device has gained traction over the past year. A patent cooperation treaty has been signed with the Garvan Institute of Medical Research and an early stage trial is due to start later this year to validate Alten’s clinical application.

Laura Rodriguez, a PhD candidate and Clinical Coordinator for Alten, explains: “We developed the Alten medical device which uses a specialised gel to simulate the human body and ‘trick’ tumours into surviving within it. We do this by taking a biopsy and testing multiple treatments simultaneously to help oncologists identify the best option within two weeks.”

The concept for Alten was originally uncovered when Mr Law was researching breast cancer, studying how to stop cancer cells from highjacking immune cells, as part of his PhD. As his curiosity grew, and the tests continued, he began sharing his insights with lab co-workers and soon the team of four was formed: David Gallego-Ortega (Andrew’s PhD supervisor), CEO and co-founder; Andrew Law, CPO and co-founder; Laura Rodriguez, Clinical Coordinator, and; Mana Lao, IP Manager.

For the team, participating in the Peter Farrell Cup gave their technology a significant boost. “All the mentors provided great insight into commercialisation, an area we had never considered before, along with strategies to help launch our device onto the market”, says Mr Law.

Launched in 2001, the Peter Farrell Cup is UNSW’s most prestigious student-led and teams-based competitive ideas program, aiming to fast-track the next generation of entrepreneurs. Each year teams compete or a share of a $20,000 prize pool.

It was the bold vision of Dr Peter Farrell, and the ongoing support of the Farrell Family Foundation, in partnership with UNSW that helped the competition grow from its humble beginnings with only a few entries, to 20 years later having an impact for more than 3000 students and 950 teams and creating a ripple effect across the broad entrepreneurship ecosystem.

This year, from a pool of 79 teams, 46 were selected to participate in a series of experiential workshops necessary to test, iterate, pitch and potentially launch a real business. Each team was also matched with an industry mentor to enhance their personal growth and knowledge. 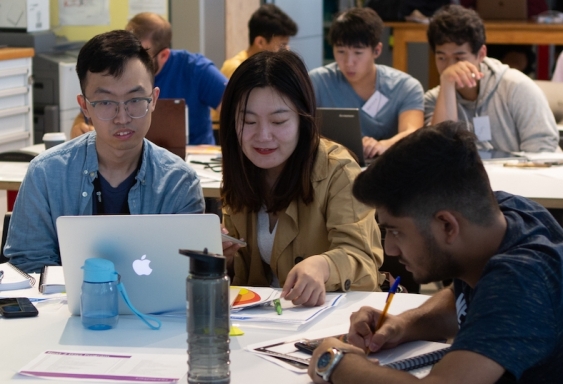 “It takes a dedicated student team to participate a competition like this, in particular this year, when midway we had to change to a digital format without disrupting momentum,” says David Burt, Director Entrepreneurship, UNSW. “The commitment the teams have shown is remarkable, testament to their enthusiasm to drive change in the world.”

After completing the 10-week program, 10 finalist teams were selected to participate in the Peter Farrell Cup Finals Night. Three esteemed judges – UNSW benefactor Chris Baxter, and UNSW alumni Melanie Hogan and Andrew Rubio – assessed each of the three-minute pitches against seven core criteria including the worth of the problem being solved, the degree of innovation and the potential of the business model, to select the winner.

“Alten’s pitch was clear, covered all the key criteria and was both highly innovative and commercially compelling,” Mr Baxter says. “That, coupled with the personalisation of their cancer treatment process which helps people recover quicker, along with their partnership with the Garvan Institute of Medical Research, made the team a strong choice for winner.” 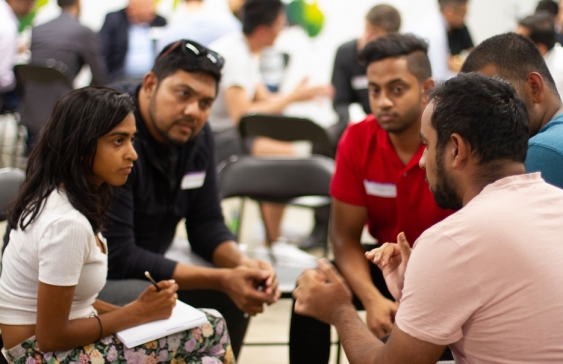 All Peter Farrell Cup teams are provided with the opportunity to meet, discuss and receive feedback from multiple mentors at a casual networking event. Each team is then carefully matched with a dedicated industry mentor from the UNSW Founders network who provides support for their specific business idea.

Alten's Laura Rodriguez says the team will use the $10,000 prize money to improve and optimise the prototype before launching onto the market.

Speaking at the finals night, Dr Farrell congratulated all the teams: “Innovation and entrepreneurship are absolutely critical for economic growth and job creation”.

He quoted Calvin Coolidge, 30th President of the United States, when defining success: “Nothing in this world can take the place of persistence. Talent will not; nothing is more common than unsuccessful men with talent. Genius will not; unrewarded genius is almost a proverb. Education will not; the world is full of educated derelicts. Persistence and determination alone are omnipotent. The slogan ‘Press on!’ has solved and always will solve the problems of the human race.”

Dr Farrell understands persistence and determination. He has grown his business ResMed – a pioneer of innovative medical solutions to keep people out of hospital – from six people at launch in 1989 to 7500 people spread across 140 countries with a market capitalisation of $38 billion. And as far as he’s concerned, he’s just getting started: “This is a marathon and we are just lacing our shoes.”

Through the continued generosity of the Farrell Family Foundation, the UNSW Division of Philanthropy has secured funding for the Peter Farrell Cup to continue through to 2024. 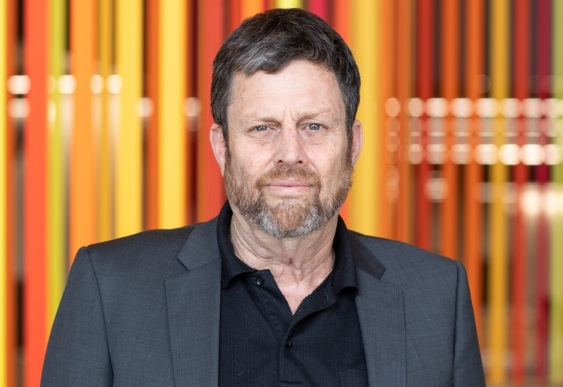 Bridging the gap between research and commercial reality

On the 20th anniversary of the Peter Farrell Cup, one of its originators, Wallace Bridge, reflects on his own journey to become a commercialisation-focused scientist, and his involvement with this proven life-changing competition since its inception.

In the mid-1980s, I scored my first industry-based research job. My mission at the time was to help develop a technology for converting sugar cane waste fibrous material (bagasse) into ethanol for use as a biofuel. We worked hard and diligently, and ultimately engineered an elegant multistep process that could get the job done. Mission accomplished – how exciting it was to achieve this technical success!

And then came the barrage of challenging questions from management. What are the economics? What are the yields? How much will it cost to make per litre? What are the logistics? Is it competitive? Sadly, my science studies had not prepared me to comprehend, let alone answer, these questions. Like most aspiring scientists, I had not realised, or had been taught at university, the fundamental connection between business and science, which translates to no money means no science. Over the next 10 years, I embraced the mentorship and in-house company training that was offered to teach me how to incorporate business imperatives into my research projects.

In the mid 1990s, I was seconded to UNSW to help manage a cooperative research centre (CRC) within the then UNSW Department of Biotechnology. As a newly appointed adjunct academic, I quickly developed a passion for teaching commercialisation training. In 2001, I was hired by UNSW Science to found and manage the Entrepreneurs in Science Unit (archived at www.eis.unsw.edu.au). The EIS unit would go on to offer programs to our undergrad and postgrad students aimed at educating them on how to recognise, evaluate, communicate and manage commercial opportunity arising from their research.

I also joined the management committee for the establishment of the AGSM’s (Australian Graduate School of Management) annual student-run business planning competition, which would within a few years become the Peter Farrell Cup (PFC).  Since that time, I have encouraged students with a broad spectrum of business opportunities (not just science) to enter. I’ve yet to miss a year and have mentored my fair share of winners.

In the last 20 years, the PFC has seen solutions presented for almost every problem imaginable. On the science side, there have been cures and diagnostics for cancer and all sorts of diseases and medical conditions; environmentally friendly technologies, biofuels and materials; remedies for hangovers; and high-tech innovations like holographic buttons for operating lifts and doors (a PFC winner in 2002).

For the industry-related entries, we have seen an app for every occasion including managing hospitals and health care; taxis and transport; social and study life on campus; and in more recent years, apps incorporating science to develop tools that allow people to monitor their safety, health, fitness, and medication. Some of the proposed startups have gone on to become viable businesses, such as Conscious Step (www.consciousstep.com), a social enterprise that sells handsome socks to help solve problems in the third world. The team won the PFC in 2013 and have shown the perseverance that Dr Peter Farrell will tell you is critical for success.

Many of the competitors have gone on to become entrepreneurs, and all have learnt the role of entrepreneurship in innovation, which is no doubt benefitting their careers. The PFC educational experience provides insight into how a business starts and grows and an understanding of all the working parts that are needed to make it a success, which is a great tool not only for the entrepreneur but for all the “want to be” high-performing entrepreneurially minded employees. It is these UNSW/PFC alumni that are helping and will continue to help UNSW maintain its claim on the mantle of the premier Australian university for entrepreneurship.

As an educator, and career-long practising commercialisation-focused scientist (have a look at www.continualg.com), the biggest thrill for me is seeing science students participating and often succeeding in the PFC. When I first meet these students, most cannot relate to business, or commercialisation. They are studying science because it interests them, driven by curiosity, not financial gain. For most, their vision post-graduation is to get a job in a lab, wear a white coat, and do some experiments. In my courses and programs, they are shown how scientists and scientific discovery can help solve problems that make the world a better place and if they are to succeed in these endeavours they are also going to have to enter, compete and thrive in the business world.

The PFC finals night, with its wonderful pomp and ceremony, can be overwhelming for winners and non-winners alike. They often cannot believe how valued and appreciated they are by the University, the business world, and occasionally politicians; that they are being formally acknowledged for their high-level understanding and communication of a commercial opportunity.

Specifically, for the science students’ teams, this outstanding dreamlike experience is one they would have never imagined possible when they first arrived at UNSW; that they would receive these accolades, let alone gain the self-belief that they could actually launch a business. When they realise this at finals night, it suddenly dawns on them that when they leave UNSW the world is their oyster. What better value could a competition ever hope to achieve.