Opinion The carbon tax that would leave households better off

It is possible to both tax carbon emissions and enrich households. A report released by UNSW Sydney outlines how. 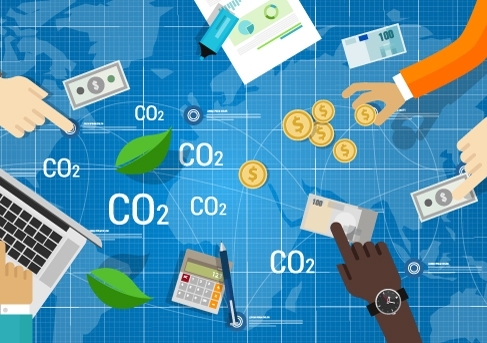 This week, as part of the UNSW Grand Challenge on Inequality, we released a study entitled A Climate Dividend for Australians that offers a practical solution to the twin problems of climate change and energy affordability.

It’s a serious, market-based approach to address climate change through a carbon tax, but it would also leave around three-quarters of Australians financially better off.

It is based on a carbon dividend plan formulated by the Washington-based Climate Leadership Council, which includes luminaries such as Larry Summers, George Schultz and James Baker. It is similar to a plan proposed by the US (and Australian) Citizens’ Climate Lobby.

How it would work

Carbon emissions would be taxed at $50 per ton, with the proceeds returned to ordinary Australians as carbon dividends.

The dividends would be significant — a tax-free payment of about $1,300 per adult.

The average household would be $585 a year better off after taking account of price increases that would flow through from producers.

If those households also cut their energy consumption as a result of the tax they would be even better off.

And the payment would be progressive, meaning the lowest-earning households would get the most. The lowest earning quarter would be $1,305 a year better off.

For energy and other producers making things to sell to Australians, the tax would do what all so-called Pigouvian taxes do — make them pay for the damage they do to others.

But Australian exporters to countries without such schemes would have their payments rebated.

Imports from countries without such schemes would be charged “fees” based on carbon content.

The plan would permit the rollback of other restrictions on carbon emissions and expensive subsidies.

Our estimates suggest the rollbacks have the potential to save the Commonwealth $2.5 billion per year.

Our plan is novel in the Australian context, but similar to one in the Canadian province of British Columbia which has a carbon tax that escalates until it reaches C$50 per ton, with proceeds returned to citizens via a dividends.

Alaska also pays long-term dividends from common-property resources. The proceeds from its oil reserves have been distributed to citizens since 1982, totalling up to US$2000 per person.

It could be phased in

We would be open to a gradual approach. One option we canvass in the report is beginning with a $20 per metric ton tax and increasing it by $5 a year until it reaches $50 after six years.

The dividends would grow with the tax rate, but the bulk of households would immediately be better off in net terms and much better off over time.

And it would be simple

Our plan doesn’t create loopholes or incentives to get handouts from the government, as have previous plans that directed proceeds to polluters.

It will not satisfy climate-change deniers, but then no plan for action on climate change would do that — other than perhaps the governmment’s direct action policy, which provides a costly taxpayer-funded boondoggle to selected winners.

But for those who understand that climate change is real, our plan balances the important benefits we gain from economic development and associated carbon emissions against the social cost of those emissions.

It does it in a way that provides compensation to all Australians, but on an equal basis, making the lowest-income Australians substantially better off.

It is the sort of policy that politicians who believe in both the realities of climate change as well as the power and benefits of markets ought to support.

Vital Signs: A 3-point plan to reach net-zero emissions by 2050