The Court’s decision represents narrow understanding of accountability, the role of courts, and ignores children’s positionality in society. 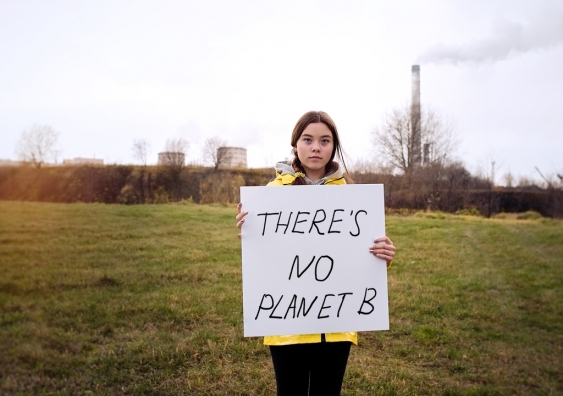 The full bench of the Federal Court has ruled on Tuesday March 15 2022, that the Federal Minister for the Environment does not have a duty of care for children and future generations when exercising its authority under the Environment Protection and Biodiversity Conservation Act 1999 (Cth).

This decision throws environmental protection and children’s rights back, enabling the Minister for the Environment to effectively ignore international human rights standards, as well as local – predominantly procedural, child law standards – when exercising their authority.

What is the Sharma case about?

The Sharma v Minister for Environment case was originally brought by a group of eight teenagers, and a nun who acted on their behalf for legal purposes. They asked the Federal Court of Australia for an injunction to prevent the Minister for the Environment from approving a proposal by mining company Whitehaven Coal to expand the Vickery coal mine in northern New South Wales.

Last year, the Court ruled that the Minister has a duty of care for children, and that their decision whether to approve further expansion of the mine must consider the impact of climate change on children and future generations. The Court then assumed that such decision will be based on children’s best interests too.

The Minister appealed this decision, explicitly arguing that it does not have such duty towards children in Australia. More specifically, the Minister argued that it does not have the duty ‘to avoid causing personal injury or death to persons who were under 18 years of age and ordinarily resident in Australia… arising from emissions of carbon dioxide into the Earth’s atmosphere’.

In other words, the Minister went to Court to argue that caring for children isn’t part of their job description.

The impact of climate change on children

Climate change and its current and future impact on livelihoods in Australia was not disputed in this litigation, and the full bench has accepted the scientific evidence that unequivocally proves the devastating impact that rising sea levels and rising temperatures will have.

But despite the undisputed effect of emissions from the combustion of the coal, the Court – as per Chief Justice Allsop – decided that the Minister does not have ‘an abstract’ duty of care.

This is because their decisions are policy-oriented and broad in nature, and therefore the proper accountability process to oversight its decision is a parliamentary one, and that such decisions should not be adjudicated nor reviewed by the Court.

This represents narrow understanding of accountability, the role of courts and of democracy more generally, and ignores children’s positionality in society. It overlooks the inherent democratic deficit that children experience and suffer from.

Children do not have the right to vote and characterising parliamentary oversight as the only appropriate processes to discuss ‘broad’ policy questions is paternalistic and anti-children.

It also ignores the reality where the politicians that the Court assumes will scrutinise environment policies, are the same politicians who dismissed children’s climate strikes and climate protests to begin with.

Politicians might talk about the need to promise children a better future, but this case shows that when it comes to actual binding duties to act on such promises, politicians are doing everything they can to avoid it.

What is the Court's decision based on?

The decision is based on a narrow reading of the term ‘the environment’ under the Act, which led the Court to rule that when the Minister considers whether to approve an expansion of a mine, it acts due to the ‘likely significant impact, not on climate change, the environment, or the foreseeability of risk to health and safety of people in the future – rather than specified matters of national environmental significance’ as defined by the Act.

This gives the Minister a carte blanche to ignore climate change and its impact on children and future generations.

After this decision, children are therefore left with nothing: they can’t vote and therefore can’t directly engage with the political processes that sets those ‘broad’ policies that the Court focused on. Politicians ignore them, and the Court ignores the actual parties of the actual case (namely children themselves) and refuses to scrutinise decisions that primarily affects them and rules that the Minister is unaccountable to them.

This case demonstrates the urgent need for adopting a comprehensive and meaningful human rights mechanism, either as an act of federal or states and territory parliaments, or as an amendment to the Constitutions.

Such a mechanism must include provisions that acknowledge and protect the rights of children, in accordance with Australia’s commitments under the UN Convention on the Rights of the Child.

The states’ human rights acts that we already have, for example in Victoria or Queensland, are insufficient in that regards, and children in these states, as well as in the rest of Australia, deserve much more.

Dr Noam Peleg is an Associate at the Australian Human Rights Institute and a Senior Lecturer at the Faculty of Law & Justice. His work focuses on international children’s rights law and its intersection with human rights law, childhood studies, and family law.