The upcoming 20th anniversary of the Rome Statute that created the International Criminal Court is an appropriate time to review its efforts to achieve justice for victims, including reparations, writes Louise Chappell. 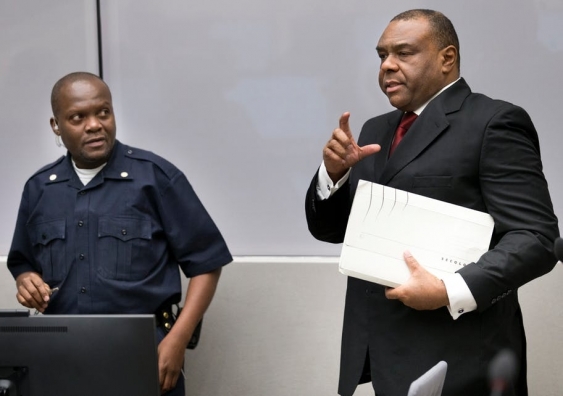 OPINION: The International Criminal Court (ICC) marks the 20th anniversary next year of the Rome Statute that established it. The ICC, with 123 states parties, is the first permanent global tribunal aimed at prosecuting war crimes, crimes against humanity, genocide and, in future, the crime of aggression. A significant point of reflection during the anniversary will be its efforts to achieve justice for victims of atrocity crimes, especially through its unique victims framework, including reparations.

Twenty years ago, the hope was that the Rome Statute’s reparations system would have a transformational effect – dismantling the structures that created violence and conflict in the first place. This reparative framework was envisaged to include attention to the rights for women and victims of sexual and gender based violence. But how far has it gone in achieving this goal?

The Court is close to handing down its reparations decision in the war crimes case of Jean-Pierre Bemba Gombo, former vice-president of the Democratic Republic of Congo. In March 2016, Bemba was found guilty of crimes against humanity and war crimes, including rape, was sentenced to 18 years imprisonment. The ICC found that events that took place in 2002/03 in the Central African Republic were as a result of Bemba’s failure to exercise control properly over the militia he commanded.

This is a significant case because it’s the first to include charges and a conviction for crimes of sexual violence against women and men.

Victims and a strong civil society movement supporting them are hoping that the reparations decision in the Bemba case will set the ICC on a new path toward reparative justice. The decision is expected to be handed down imminently.

Under the Rome Statute, Court ordered reparations are available to victims recognised by the court after the accused is found guilty. In the Bemba case, this involves over 5,000 victims.

Such a shift is needed given the Court’s poor reparations record to date.

Not a brilliant track record

The Court’s first reparations case involved the lengthy trial of Thomas Lubanga Dyilo, from the Democratic Republic of Congo. In March 2012, Lubanga, a leader of the Force patriotique pour la libération du Congo, became the first person to be tried and convicted by the ICC. The Court found him responsible for crimes of enlisting, conscripting and using child soldiers, and sentenced him to a period of 14 years' imprisonment.

But the prosecution failed from the beginning to fully investigate, gather evidence and include charges for crimes against women. This made it difficult for the judges to find against Lubanga for these acts.

The Trial Chamber did attempt to incorporate victims of sexual and gender based violence in the reparations phase. But, in a long drawn out process, after the initial decision and order was handed down in August 2012, it was appealed by the defence and victims’ lawyers. They argued that reparations for victims of these acts could not be ordered because Lubanga had not been charged or convicted of sexual and gender based crimes.

Nearly three years later, in March 2015, the Appeals Chamber finally confirmed that although there would be reparations available for the former child soldiers, there would be no specific reparations for sexual and gender-based crimes. It was a devastating blow to women who had been child soldiers in Lubanga’s group, who were allegedly raped by their commanders.

Today, the victims are still waiting for the independent Trust Fund for Victims to implement reparations – the long wait only serving to compound the injustice.

At the start of his case Lubanga was only charged with a narrow range of child soldier war crimes, not sexual violence violations.

Efforts to fix this – by the prosecutor Luis Moreno Ocampo himself – during the trial failed. The consequence was that the verdict and sentencing left a lot to be desired. In March 2012, Lubanga was found guilty on all three counts of enlistment, recruitment and use relating to child soldiers. The majority verdict found that girl soldiers were subjected to violence and rape, but no charges had been made in relation to this. In the sentencing decision handed down on 10 July 2012, the Bench noted that,

(it) strongly deprecates the attitude of the former Prosecutor in relation to the issue of sexual violence.

The cascade of injustice then extended to the reparations phase. Because the ICC’s reparations framework links the conviction to the measures of repair, and there were no charges or convictions for sexual and gender-based crimes, these fell outside the reach of reparations.

Almost three years after an appeals process began, on 3 March 2015, the Appeals Chamber upheld the decision not to award individual reparations. But it left open the possibility of general assistance for victims in future cases where the crimes had been charged appropriately.

On 21 October 2016, the Chamber in the Lubanga case approved the Trust Fund’s plan for symbolic collective reparations for the child soldiers. The symbolic measures aim to promote healing for former child soldiers, for example, in establishing commemoration centres.

The Trial Chamber may have overreached in its language when it suggested the ICC could provide “transformational” justice to Lubanga’s victims. In making such a claim, the Court seemed to be suggesting that it could tackle the conditions that provoked the violence in the first place – something that is impossible given the resources and jurisdiction available to the ICC. A more realistic approach would protect victims from serious disappointment.

The Lubanga case demonstrates the Court can do a great deal to improve the gender-just outcomes of its reparations processes.

ICC supporters expect the upcoming Bemba reparations decision will reflect lessons from the Lubanga case. But it is not only the Court that needs to make an effort. As the Director of the Trust Fund for Victims, Motoo Noguchi, noted at the ICC’s assembly at UN headquarters:

Reparative justice is not free of charge.

It will require further financial support to help fund the court’s reparations efforts, including earmarking funding for victims of sexual and gender based crimes.

A longer version of this article appeared in a special issue on transformational reparations for victims of conflict-related sexual violence in the International Journal for Human Rights.

ICC deserves help in seeking justice for all