We may need to rethink the nature and purpose of a law degree, write Richard Holden and Rosalind Dixon. 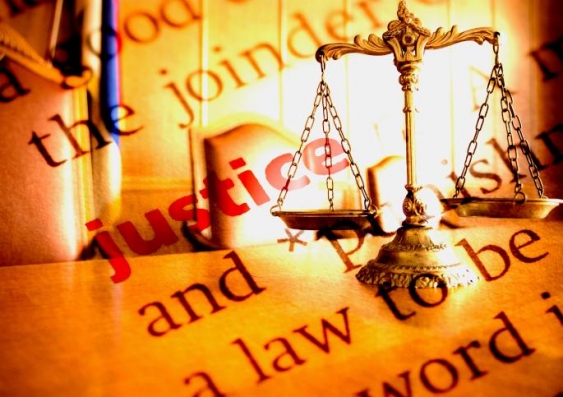 OPINION: “Adlaw”, an Adelaide-based firm launching this month, announced its plans to charge law graduates A$22,000 up front for a job with them, with the promise of learning on the job and earning back that sizeable investment. While we are currently facing a problem of an oversupply of law graduates, this isn’t the way to go about solving it.

There is a huge pool of law graduates entering the market with few prospects of finding employment as a lawyer. In South Australia alone there are currently in excess of 2000 law graduates who have no immediate employment prospects. Many will give up on pursuing legal careers altogether; abandoning the investment in legal education. - Adlaw website

Why do we have too many law graduates?

Since the 2007-08 financial crisis there has been a dramatic cutback in the use of legal services by large corporates in Australia, the US and elsewhere. This, in turn, has shrunk the market for law graduates.

According to the US National Association for Law Placement, prior to 2007 nearly 92% of graduates found a job. That number is now below 85%. In Australia that number is 78.5% - the lowest since records began in 1982.

Yet Australian law schools are turning out graduates at record rates. This is making the imbalance between the supply of and demand for law graduates even worse.

For the large law firms this has meant lower billing rates and fewer hours, a reduction in partner incomes, and a tough entry-level market for graduates. The reduction in legal costs is good news for corporates, but the lack of demand for grads raises the question of where these talented people go.

Small firms may not have the right incentives to hire more graduates in ways that ultimately increase the stock of qualified lawyers in the community. Sole practitioners and senior lawyers in small firms are understandably nervous about expanding their practices in order to train young graduates.

They must pay them the minimum wage of $48,000 a year and are subject to unfair dismissal laws. They also need to generate enough work for a new employee. Taking on a graduate who needs to be “fed” work is a risky proposition.

This leads to the old employment Catch 22-problem: one needs experience to get a job but one needs a job to get experience. It also raises the question of how to make sure enough community lawyers are trained.

Adlaw is trying to solve the employment Catch 22. But what should we make of the ethics and the economics of this arrangement?

Some commentators have suggested that regulation of the legal services is the problem driving lack of employment opportunities for graduates. To be able to practise as a lawyer in Australia, a graduate has to work for a lawyer with an unrestricted practising certificate for two years.

It is easy to dismiss these kinds of regulations as part of closed-shop-style arrangements that limit supply and drive up the incomes of those lucky enough to be “in the club”.

Yet those seeking access to lawyers who aren’t big corporations (individuals transacting a property, writing a will, getting divorced, facing minor criminal charges, or engaged in other relatively minor litigation) are not in a great position to judge the quality of the services they receive. Often that quality won’t be apparent until after the legal work is done, and clients still have to pay even if they are not fully satisfied with the quality of the work.

How to solve the graduate dilemma

This means the answer to the law grad dilemma is neither making graduates pay for a graduate job, nor slashing regulations of who can practise law without supervision by a more experienced lawyer.

To ensure an appropriate supply of community lawyers working to provide all people with access to affordable justice, the government could subsidise training through additional tax deductions for small firms that employ legal graduates in the first two years after graduation.

This, however, would be potentially expensive. An alternative would be to expand the range of public interest fellowships available to legal graduates, and ideally to extend them to two years, to allow graduates to become fully qualified during such programs.

It may also be that the problem facing legal graduates, and law schools, is a more large-scale one than that. Post-2007, not all talented legal graduates are likely to find decently paid jobs as lawyers. Part of the response to this should undoubtedly be to find ways of increasing the number of such jobs, and in ways that help provide better access to justice for the community.

But part of the solution may also be in changing how law students and graduates understand the nature of a law degree itself – as not simply or even primarily a form of professional training, but instead as an advanced analytic training, which may or may not lead to becoming a practising lawyer.

Rosalind Dixon is a Law Professor at UNSW.

Richard Holden is a Professor of Economics at UNSW.