OPINION: By putting the team's interests ahead of his own, Australian cricket captain Michael Clarke is showing a new maturity and respect for the game, and it could turn his reputation around, writes Tim Harcourt. 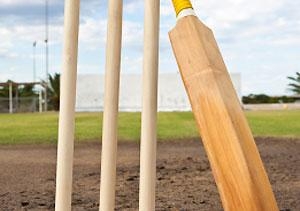 OPINION: WHEN Australian skipper Michael Clarke raised his bat to celebrate his historic triple Test century at the SCG it showed a man becoming aware of his stature in the game.

Instead of pointing to a bat sponsor - a deal that can be valued at hundreds of thousands of dollars - he gestured towards the McGrath Foundation sticker placed there that day.

Clarke's manager, James Erskine, later explained the skipper had split with Slazenger and he was negotiating a new deal - reportedly a three-year agreement with Spartan Sports for more than $1 million.

I'd imagine his classic innings has given him invaluable leverage in striking a favourable new deal.

But to me there would be a greater value in abandoning sponsorship altogether. Clarke is already a wealthy man and to make a statement - "I'm not going for the dollars" - would speak volumes.

Don't get me wrong: If I were struggling in the Queensland seconds on the fringe of the T20, I would have my bat sponsored and get what I could.

But Clarke is the captain of Australia and he is subtly engaged in changing what he is all about.

His brand is now about getting away from selling underpants and all that Lara Bingle stuff and sending out the message "I am a serious bloke". He has already taken steps in that direction.

Take his decision to declare in Sydney despite having the cricket record books at his mercy.

If he had decided "bugger it - I'm going to knock off Bradman and Taylor's scores and then go after Hayden's and maybe get 400", we would have thought differently.

But he declared at 329 - short of the records because he wanted to put Australia in the best position possible to win. Putting the team first is another sign of maturity.

There was also something else about his call. I was watching the game at the SCG and the sentiment around the ground was that "he is showing respect for the game" (instead of personal glory).

Passing prime sport real estate to charity is not unprecedented.

The prime example is Barcelona FC, one of the world's wealthiest soccer clubs, which put UNICEF on its shirts.

Barcelona is aware of its larger role in the world. Under the heel of the dictator Franco from the 1930s until the late 1970s, Barca was the Catalonian republican team while Real Madrid was Franco's team.

It is carrying on that tradition with its UNICEF sponsorship.

For Barcelona - and for Clarke - it is all about a traditional long-term/short-term trade-off. Clarke would be eschewing short-term gain but building his brand so well it would be worth it.

Former skipper Steve Waugh - through his work helping orphanages in India - is another example.

There was once a time when senior Australian players were afraid to tour India and would talk of keeping their mouths shut in the shower to avoid getting sick. We used to ask them, "Where the Bolly hell are you."

But the Generation X players - Waugh, Gilchrist and Hayden - came on the scene and realised what an amazing place the subcontinent is.

When I interviewed Gilly in Mumbai he said going to India "wasn't just a tour, it was a life-changing experience". Steve Waugh famously said: "It gets in your pores, it makes you use all your senses."

As a result, these players are now worshipped in India, not only for their prowess as players, but also for how they have engaged the country.

The world knows one thing about we Aussies - that we take our sport very, very seriously.

But to show that we can engage the world in a mature way is invaluable. Which is why when the captain walks out on the Adelaide Oval for the fourth Test against India, I would love to see that same old clean-skinned bat that he continued to wield at the WACA last week.

The man they called "Pup" is becoming wise and worthy of being Australian captain - often described by prime ministers as "the most important job in Australia".

This article first appeared in the Herald Sun

Tim Harcourt is the J.W. Nevile Fellow in Economics at the Australian School of Business and the author of The Airport Economist.