The idea is publicly funded Australian research should be free for the public to read when published. But if it means taking money from universities struggling for research funding, that poses risks. 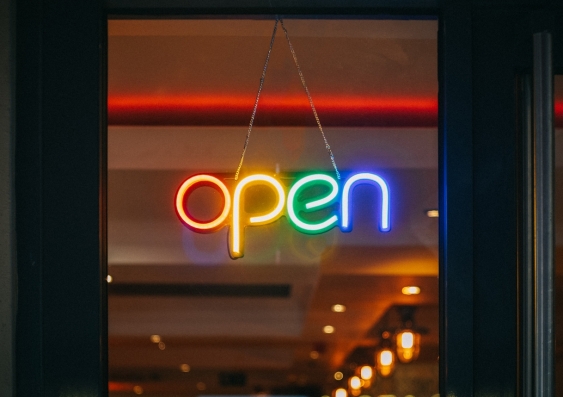 Chief Scientist's goal is to make all publicly funded Australian research publications free for the public to read. Photo: Unsplash

Chief Scientist Cathy Foley is leading an open access strategy for Australia. Foley estimates the Australian government invests A$12 billion a year of public money in research and innovation only for most of the publications that eventuate to be locked behind a paywall, inaccessible to industry and the taxpayer. At the same time, Australian universities and others pay publishers an estimated $460 million to $1 billion a year to see this published work.

Inspired by the European open-access initiative Plan S, Foley’s goal is to make all publicly funded Australian research publications free for the public to read. This is to be done through a sector-wide agreement between universities and publishers.

The multinational publishers of science, technology, engineering and mathematics (STEM) research – Elsevier, Springer Nature Group, Wiley and Clarivate – are talking with the Chief Scientist. But no new sector funding is available from the government. The idea is it will pool the funds that universities currently pay to publishers to finance new sector-wide transformative agreements. These are also known as “read and publish” agreements.

Australia has lagged behind Europe and America in making research open access. That’s despite it being required by funders like the National Health and Medical Research Council (NHMRC) and Australian Research Council (ARC).

Transformative agreements could help redress the problem. However, these agreements are also a new business model.

When publishers accept a journal article for publication they negotiate with authors about the licence terms that will apply to its distribution. Most publishers will issue contracts that allow for open access. It’s usually achieved in one of two ways.

The “green model” involves researchers placing copies of their work in an online open-access repository. Often the pre-editing and layout version is made available because the publisher denies permission to make the “version of record” accessible to non-subscribers, even in the university institutional repository. Sometimes authors can negotiate green access but with a delay of at least 12 months and up to several years.

The “gold model” guarantees the article will immediately be made available free to readers. It usually involves authors or their institutions paying an up-front article processing charge (APC) to publishers.

APCs can be steep. Costs map the “prestige” of the journal and what the market will bear. The huge diversity in fees, even from the same publisher, shows these are unrelated to any real-world cost of article processing.

Both green and gold open-access publishing can increase the social capital or reputation of the author. For the publisher, it increases the asset value of the much-cited text and the associated journal.

However, in the business of scholarly communication, individual articles are not of significant value. Commercial products emerge from the accumulation of individual copyrights. Publishers bundle works under recognisable titles to be sold back to the sector as database subscriptions and data-driven research services and platforms.

Data related to citations, reads and downloads can be sold to third parties. These include the ARC to underpin its ranking of universities and grants.

Large publishers monitor repositories and sharing sites that often house green open-access papers. They do this both to capture the data generated and to reduce the potential of these outlets to challenge the need for commercial library subscriptions. 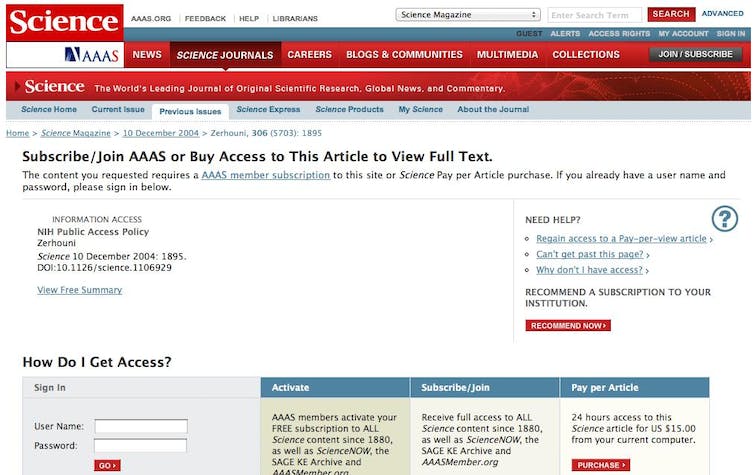 What is the transformative agreement business model?

With transformative agreements, universities agree to pay a fee that covers both subscriptions and costs for their future open-access publishing. These agreements do not necessarily reduce subscription costs.

Some agreements create a “read fee” for subscription access to existing academic literature, with open-access publishing apparently permitted at no extra cost. Others limit how many articles will be published as open access by the institution or discount article processing costs. Many include an annual fee increase of 2-3% to cover inflation.

In Australia, the Council of Australian University Librarians (CAUL) has taken the lead on negotiating transformative agreements on behalf of its member institutions. It is not yet clear who would negotiate agreements with publishers under the Chief Scientist’s plan, if the funding is not directly paid by universities but by government.

In the UK, the introduction of Plan S has raised concerns for the future of humanities, arts and social sciences (HASS), which also face the higher costs of monograph publishing. Were Foley’s negotiations to proceed with the big STEM publishers first, HASS, Australian and independent publishers could find themselves locked out of open access, as the pooled fund runs dry. A sustainable transition to open access requires arrangements with a variety of publishers.

Pooling funds and collective negotiation are helpful in achieving better open-access outcomes. However, greater financial transparency and accountability over who benefits from academic copyright are required for Plan S-style agreements.

There are risks in taking money from universities that are struggling to fund research. Their grants already do not cover the full cost of academic research. One outcome is pressure to increase teaching-only positions.

As global open-access advocacy organisation SPARC reported in its 2021 update:

“The past year has seen more [commercial] deals that led to more concentration, loss of diversity, and ultimately to the academic community’s lessening control over its own destiny.”

Academics provide a free service to commercial publishers by researching, writing, reviewing and editing journals without payment. Universities pay for this labour, which generates the intellectual property relied on by publishers. Recognising this value could help us cut better deals with publishers.