Are financial advisors under a Coalition government about to win even more freedom in the way they are remunerated, ask Dimity Kingsford Smith and Viroshan Poologasundram. 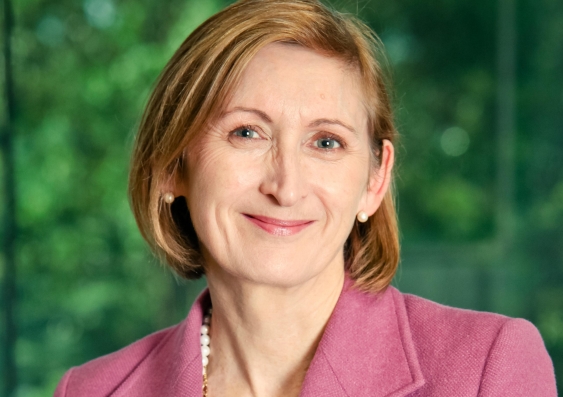 OPINION: Every employed Australian will enter the financial markets through their superannuation, meaning most Australians will need financial advice at some point in their life.

The collapse of financial advice firm Storm Financial in 2009 saw thousands lose their superannuation and laid bare some of the problems with managed investment schemes. Following an investigation by the Ripoll Committee, the previous Labor government enacted the Future of Financial Advice legislation (FOFA).

The Committee found, among other things, that conflicts in how advisors were remunerated often caused poor advice.

Now, the Coalition – with its Streamlining of FOFA Bill 2014 – is seeking to roll back some of the most effective aspects of FOFA.

If the streamlining proposals go ahead, most Australians will receive general financial advice driven by commissions and volume bonuses. They will also pay conflicted remuneration on life insurance attached to their super.

The proposals would remove the prohibition on conflicted remuneration for general advice: far and away the kind of advice most frequently offered to Australians.

It would also remove part of the “best interests” duty on advisors, which requires the exercise of personal judgement outside a checklist.

Rolling back the prohibition in areas with greatest application to ordinary financial citizens seems indefensible.

The FOFA reforms ban advisors from accepting benefits that could influence the advice they give clients. The new proposals limit the ban to “personal advice”, when most Australians receive general advice. Personal advice is based on a review of a client’s circumstances, general advice does not match the product to the client and provides information only about the product and its general appropriateness.

The FOFA reforms did not ban bank sales staff from conflicted remuneration when selling “basic banking products”. Insurers too were able to earn commission on general insurance products and life insurance sales outside superannuation.

This was permitted because basic banking products and those insurances are familiar to most people. The ban did not allow conflicted remuneration on life insurance attached to super.

The streamlining proposals will allow commissions and bonuses to return to life insurance inside super.

The likely results of these changes are unhelpful and unfair. Advisors will have an incentive to offer general advice (paid by commission from the bank or insurer) and not more detailed personal advice, for which the client pays directly a management fee or hourly rate fee.

And it’s not always clear whether advice is general or personal. An electronic flyer sent to 200 clients may be worded as general advice in legal terms while appearing as directed to the recipient’s personal circumstances.

Third, the streamlining proposals also promote scaled advice. Here the scope of personal advice can be narrowly focused. But if that has the effect of denying commissions advisors may not bother to scale. They may simply sell a product with general advice and earn commission.

The proposals are unfair because they polarise the quality of advice between the small (and wealthier) population (less than 25%) which obtains personal advice, and the vast majority of Australians who will now pay commissions to receive general advice.

While an upfront personal advice fee may seem a hurdle, the combination of initial and trailing commissions certainly does not mean that commissions are aways cheaper. The UK tried a polarisation remuneration policy for a decade: they have abandoned it over the last 5 years.

The proposals are also unfair because they ignore the concentrated and related structure of the Australian financial sector. About 70% of financial advisors are owned or related to the four big banks and AMP. Australian Securities and Investments Commission research shows that over half of investment recommendations are concentrated in a small band of less than 10 products.

The Ripoll Committee identified conflicted remuneration as the leading cause of poor financial advice: the streamlining proposals reverse much of that Committee’s work.

The “best interests” duty, which applies only to personal advice, requires the advisor to tick-off a list of investigations and then “take any other step … in the best interests of the client” that would be reasonable in the client’s situation.

The duty requires the advisor to exercise professional advisory judgement, especially if the client’s circumstances are unusual. This is why personal advice is sought and paid for.

The streamlining proposals would remove this so-called “catch-all” provision, which will reduce the “best interests” duty to a check-list: the only remaining standard is that the recommendation given to the client be “appropriate”. There is a big gap between requiring an advisor to act in a client’s “best interests” and that the advice be merely “appropriate”.

This reverse is compounded by another aspect of the proposals – allowing “scaled” advice.

The streamlining proposals will reduce the obligations of the advisor providing scaled advice. There is no overarching protection which explicitly protects the client from advisors who deliberately recommend scaling when comprehensive advice is required.

A client who seeks advice about a small inheritance could be given scaled advice to invest in a managed investment scheme (earning fees for the advisor) when a wider review may have revealed that the client would be better off paying down their credit card or home mortgage.

A central element of FOFA was the “opt-in” requirement. Where a client had an “ongoing fee arrangement” such as a managed account, an advisor every two years had to give their client a notice to “opt in” – that is, to sign up again, to continue the arrangement.

The idea was to give clients a reason to review their financial advisory arrangements and not simply continue to pay fees. The streamlining proposals are to abolish this requirement. The government believes the “opt-in” requirement is too costly. Instead the advisor or client must expressly opt out to end the arrangement.

It is true that most economic regulation must find a balance between productivity and protection. There is no productivity gain in allowing citizens’ savings and foregone tax revenue to be lost through no advice or partial advice in a sector where related party and concentrated product recommendations are more common than not.

The proposed standards do not only take us back to pre-Ripoll, they are worse. Before Ripoll there was a requirement for a “reasonable basis for advice” – that advice be suitable or at least not negligent. This was abolished because the higher standard of “best interests” was introduced. If the streamlining proposals succeed, they should at least restore the suitability standard. Tick-a-box “appropriateness” simply further weakens the position of the financial consumer.

The streamlining proposals over-reach: they threaten to destroy the most important protection of the FOFA reforms, the abolition of conflicted remuneration in relation to general advice.

They also undermine quality of advice standards: the US has had a requirement of suitability or reasonable basis of advice since the 1930s. The lame proposal that advice be “appropriate” is not worthy of a country which compels its citizens to invest, and should be more vigilant than ever in their protection.

Dimity Kingsford Smith is a Professor

of Law at UNSW Australia. Viroshan Poologasundram is a research assistant at UNSW.