Increased corporate awareness of the risks of modern slavery isn’t translating into effective practices to reduce it. 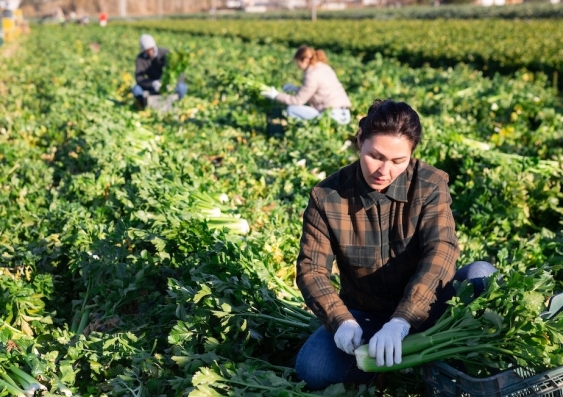 A coalition of human rights organisations and academics are calling on the federal government to overhaul Australia's modern slavery laws. A major investigation has found, three years into the Modern Slavery Act’s operation, that companies are still failing to identify obvious modern slavery risks in their supply chains or take action to address them.

The report, Broken Promises: Two years of corporate reporting under Australia’s Modern Slavery Act, examines the second year of corporate statements submitted to the government's Modern Slavery Register. The statements are from 92 companies sourced from four sectors with known risks of modern slavery: garments from China, rubber gloves from Malaysia, seafood from Thailand and fresh produce from Australia.

“It’s time for Australian companies to move from ‘paper-driven’ responses to effective action on modern slavery,” said Professor Justine Nolan, Director of the Australian Human Rights Institute at UNSW Sydney. “Too many companies are still failing to identify obvious risks or are simply making vague promises that aren’t being fulfilled.

“While the Modern Slavery Act has generated increased business awareness of the risks of modern slavery, this hasn’t yet translated into effective practices to remediate and eliminate it.

“This report reveals an urgency to strengthen the law to require action not just reporting, as well as to equip and resource a regulator to provide greater oversight and enforcement of the Act.”

Findings of the Broken Promises report

“While the Act has generated a lot of corporate reporting, when you drill down, many of the statements still lack basic required information or make vague commitments which are never fulfilled. There is little evidence the law is driving meaningful action by companies to lift conditions for supply chain workers at high risk of exploitation,” she said.

Read more: New book reveals modern slavery is all around us

The report found that:

Amending the law to achieve results

Amy Sinclair, Regional Representative for Australia, New Zealand & Pacific, Business and Human Rights Resource Centre said the Modern Slavery Act has failed to instigate a ‘race to the top’ by companies wanting to confront modern slavery, more of a slow crawl, with companies averaging a mere 7 per cent rate of improvement in two years.

“These results should be viewed against a backdrop of growing inequality and exploitation of workers as the cost-of-living crisis bites ever harder,” she said.

“Our research has revealed the Act to be an incomplete and inadequate strategy for confronting exploitation and addressing the egregious human rights abuse of modern slavery.

“To best do this, Australia requires a more robust law requiring decisive action by companies and penalties for those who fail to take it.”

Read more: The real economic victims of  coronavirus are those we can't see

The coalition of human rights organisations and academics are calling on the government to urgently act to strengthen the legislation by:

Ms Dinshaw says our modern slavery laws need to evolve so that they put people, rather than paper, at their centre.

“In order to be more effective, the Act should be amended to require companies to take action to address modern slavery risks rather than just reporting on their current practices. It should impose penalties on companies that fail to do so and have robust oversight and enforcement by an independent Anti-Slavery Commissioner.

“We urge the government to use the current statutory review to make these key reforms to strengthen the law,” she said.