Opinion Companies should stick to the standards to avoid misleading investors

Australian companies are increasingly using non-standard metrics in their financial reports. It would be better for investors if they didn't, writes Jeff Coulton. 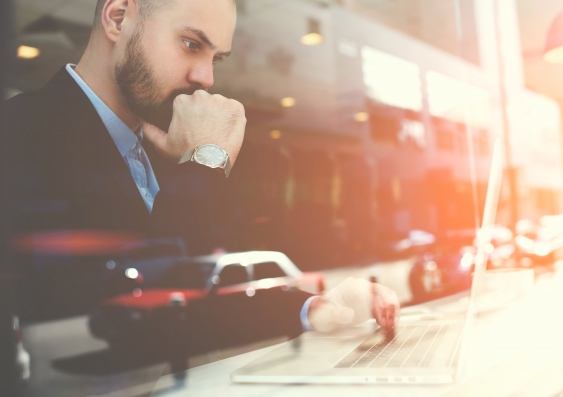 Having standard accounting practices for when firms report their financial results is good for investors. It means greater confidence that firms and their managers aren’t just “making up the rules” or masking poor performance, and allows for comparisons across different companies, countries and time periods.

But Australian firms are increasingly highlighting non standard numbers in their reporting. Some colleagues and I conducted a survey on this issue, and found that more than 40% of the 500 largest companies listed on the Australian Stock Exchange used at least one non-standard metric in their 2014 annual earnings announcement.

This number has increased significantly since 2000.

Accounting standards relate to the financial statements we’re most familiar with – the income statement, balance sheet and cash flow statements. We call these the GAAP – Generally Accepted Accounting Principles.

In Australia, along with almost 100 other countries, we use the International Financial Reporting Standards (IFRS) as issued by the Australian Accounting Standards Board.

GAAP rules set out how companies are required to measure and report the economic impact of their business transactions. That is, what is reported as revenue, what must be treated as an expense, as well as what things can be treated as an asset or a liability.

The GAAP rules also set out how a company must treat money spent on research and development (R&D). R&D must be treated as an expense (i.e. it reduces net income) unless it fulfills a number of conditions, such as technical feasibility and the ability to sell the development outcome.

This means a company like CSL, which generates much of its revenue from research, has to treat its R&D as an expense rather than an asset. CSL states in its annual report that this is because it requires regulatory approval before it can be certain to benefit from its R&D work, and by that stage it has incurred most of the costs.

These rules and standards are important for protecting investors. The Creditors Report into the Dick Smith liquidation suggests the company was not complying with the standards on stock rebates, although the company has denied this. Similar issues have dogged Tesco and Target.

The disclosure of non-GAAP measures initially became popular in the United States in the late 1990s, but relatively strict regulation introduced in 2002 and recently updated has restricted the practice.

In Australia, the reporting of non-GAAP measures is still largely unregulated.

During the most recent reporting season – when Australian public companies released their half yearly results – we saw companies highlight a variety of performance metrics in their investor presentations. Typically, they excluded various expenses (and sometimes revenue items) that are required to be included in net profit under the actual accounting rules. This could give the impression to investors that the companies have been performing better than they have.

Other firms, such as Brambles and JB Hi-Fi, chose to refer to measures like “underlying profit”. This is the non-GAAP measure that industry bodies recommend companies report. Underlying profit is calculated by adjusting a company’s statutory profit in order to reflect the ongoing business activities of the company.

Some companies report “cash profits” which, to an accountant, seems like a contradiction. We learn in Accounting 101 that you adjust cash to end up with profits. Flexigroup, for instance, refers to “Cash NPAT” as the first measure in its results overview.

The big four banks all report some form of “cash earnings”. The problem is that they don’t all use the same adjustments, and that the adjustment can change from year to year for any one bank. This makes it hard to compare performance across the banks, and to track performance over time.

The issue with these non-GAAP measures is not that they are likely to mislead per se, but that it is the companies that get to decide what is “core” or “underlying”. In most cases, the non-GAAP measures are not subject to the same scrutiny by auditors as the GAAP financials.

Why are they doing this?

It’s hard to pin down motivation. The risk to investors of reporting non-GAAP measures is that managers could be trying to mask poor performance. On the other hand, studies from the US have shown that the non-standard numbers can be more informative to investors than the GAAP measures. Firms might just be trying to use what they genuinely believe is a better measure.

Qantas, for example, highlights a non-GAAP measure called “Underlying profit before tax” (Underlying PBT) in its results. But it states that Underlying PBT “is the primary reporting measure used by the chief operating decision-making bodies… for the purpose of assessing the performance of the Qantas Group”. Using Underlying PBT could confuse some investors but, again, there is no way of telling what the intention is. It is hard to believe that those running Qantas would use Underlying PBT in their regular decision-making because they thought it would “fool” investors.

What to do about it

Transparent companies will provide a clear reconciliation between their non-GAAP measure and the reported (GAAP) results. Ideally this comparison will occur when the non-GAAP measure is first disclosed. But it doesn’t always happen, and this should change.

We should also see companies forced to disclose any changes in the measurement of their non-GAAP measure over time. Some firms make you search through an appendix in their results document, or even look at a different document altogether, before you can work out how their non-GAAP number has been calculated. This is not necessarily something a lay investor could or would do.

These are things that regulators could look at. ASIC is responsible for regulating the Corporations Act, which governs the information that companies must disclose. ASIC issued a regulatory guide for firms reporting non-GAAP numbers. This is not binding on companies in the way that Regulation G is in the United States.

Similar regulation to Reg G in Australia, along with effective enforcement, could help reduce the likelihood that companies use non-GAAP measures to mislead investors.

How FTX Australia was able to claim it was 'ASIC-licenced'