The Australian Competition and Consumer Commission says the sheer dominance of Google and Facebook has distorted other businesses' ability to compete on their own merits. 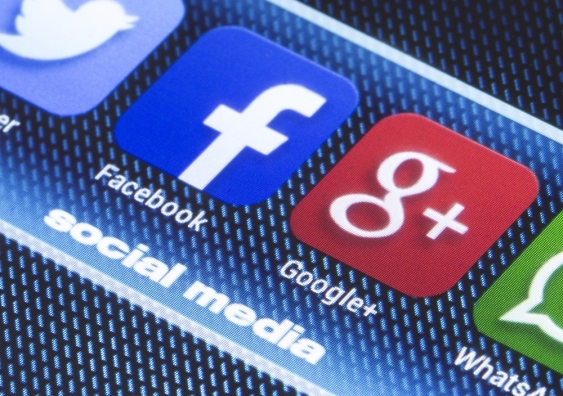 The Australian Competition and Consumer Commission (ACCC) has called for “holistic, dynamic reforms” to address the online dominance of digital behemoths such as Google and Facebook.

Most of the suggested reforms are aimed squarely at countering the dominance of Facebook and Google, which the ACCC says has distorted a range of markets including advertising and media.

The ACCC recommends forming a new branch to deal specifically with Google and Facebook. But it doesn’t propose itself as the sole watchdog: the report also recommends a regulatory role for the Australian Communications and Media Authority (ACMA).

Meanwhile, the Office of the Australian Information Commissioner (OAIC) is called upon to develop an enforceable code to regulate platforms’ use of data. And even the Australian Tax Office will potentially be involved, as part of a proposal to introduce measures to encourage philanthropic funding of public-interest journalism.

Digital platforms with more than a million active users in Australia will be required to provide ACMA with codes to address the imbalance in the bargaining relationship between these platforms and news media businesses. These codes are expected to recognise the need for value-sharing and monetisation of news content.

Under the recommendations, ACMA would also be expected to monitor digital platforms’ efforts to identify reliable and trustworthy news, and to manage a mandatory take-down code for content that breaches copyright.

The ACCC report highlights the “substantial market power” enjoyed by Google and Facebook in their respective domains of web searching and social media. While it is not unlawful for firms to have this degree of power, it does mean they are likely to be subject to the (as yet untested) misuse of market power law introduced in 2017.

The ACCC is concerned that current merger laws do not go far enough, given large platforms’ ability to remove future competitive threats by simply buying start-ups outright. Such acquisitions may also increase the platforms’ access to data. The ACCC considers that either or both of these could entrench a platform’s market power.

As a result, the report recommends changes to Australia’s merger laws to expressly require consideration of the effect of potential competition, and to recognise the importance of data. It also recommends that platforms should be obliged to notify the ACCC in advance of any proposed acquisition.

This is not a substantial change to the existing law, which already allows consideration of anti-competitiveness. But it is a signal that the ACCC will be focusing on this issue.

The ACCC also wants Google to allow Australian users of Android devices to choose their search engine and internet browser – a right already enjoyed by Android users in the European Union.

The ACCC recommends substantial changes to Australian Consumer Law, to address the huge inequalities in bargaining power between digital platforms and consumers when it comes to terms of use, and particularly privacy.

The report’s most significant proposal in this area is to outlaw “unfair practices”, in line with similar bans in the US, UK, Europe, Canada, and elsewhere. This would cover conduct that is not covered by existing laws governing the misuse of market power, misleading or deceptive conduct, or unconscionable conduct.

This could be relevant, for example, where a digital platform imposes particularly invasive privacy terms on its users, which far outweigh the benefits of the service provided. The ACCC also called for digital platforms to face significant fines for imposing unfair contract terms on users.

The report recommends a new mandatory standard to bolster digital platforms’ internal dispute resolution processes. This would be reinforced by the creation of a new ombudsman to assist with resolving disputes and complaints between consumers and digital platforms.

The ACCC found that digital platforms’ privacy policies are long, complex, vague, and hard to navigate, and that many platforms do not provide consumers with meaningful control over how their data is handled.

The report therefore calls for stronger legal privacy protections, as part of a broader reform of Australian privacy law. This includes agreeing with the Australian Law Reform Commission on the need for a statutory tort for serious invasions of privacy.

The ACCC also highlighted several matters on which it is considering future actions. These include the question of whether Facebook breached consumer law by allowing users’ data to be shared with third parties (potentially raising similar issues to the investigation by the US Federal Trade Commission, which this week resulted in a US$5 billion fine against Facebook), and whether Google has collated users’ location data in an unlawful way.

In a statement, Treasurer Josh Frydenberg and federal communications minister Paul Fletcher accepted the ACCC’s overriding conclusion that there is a need for reform.

The federal government will now begin a 12-week public consultation process, and said it expects to release its formal response to the report by the end of the year.