Opinion A crisis in collective will

With existing EU laws struggling to deal with the challenges of the recent refugee influx, Jane McAdam argues that international cooperation – not unilateralism – is the only way forward. 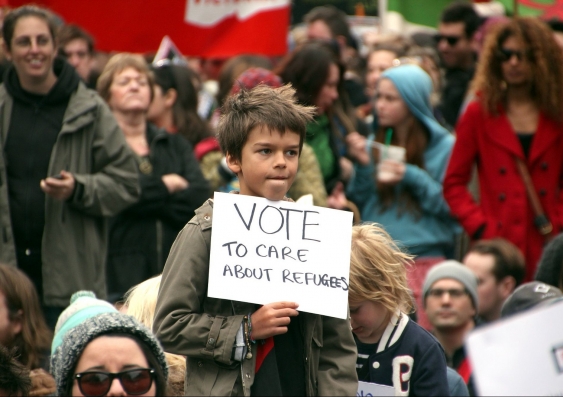 OPINION: Barely a day goes by without a news story on Europe’s “refugee crisis”. Europe is not facing a refugee crisis, but rather a political crisis about a lack of collective will to respond to desperate people on the move. Europe has not gone to the Middle East to help refugees, so refugees are going to Europe to try to help themselves.

Some 500,000 refugees and migrants have already entered Europe this year, with projections that many more will arrive before the year’s end. Meanwhile, Turkey, Jordan and Lebanon are sheltering some 3.6 million refugees, mostly Syrians who have fled the brutal civil war. They now comprise a quarter of Lebanon’s total population. On top of this, at least 7.6 million Syrians are displaced within Syria itself. This puts the numbers entering Europe into perspective. The many hours European leaders have spent locked in meetings in recent months to discuss how to deal with this refugee influx shows the lack of political solidarity.

Europe has not gone to the Middle East to help refugees, so now refugees are going to Europe to try to help themselves.

We have seen the best and worst of political leadership in European countries’ responses. Perhaps this is the inevitable outcome of what happens when a so-called regional system is left to individual national governments to implement, and fails to include proper mechanisms for responsibility-sharing.

Until 1986, asylum and immigration policy remained in the realm of individual Member States. The passage of the Single European Act in 1986, which sought to create a European “space” free of internal border controls to realise the free movement of goods, workers, services and capital, precipitated consultations on the asylum question as well. It was not until the entry into force of the Maastricht Treaty in November 1993 (which created the European Union) that the issue transformed into one of “common concern”. 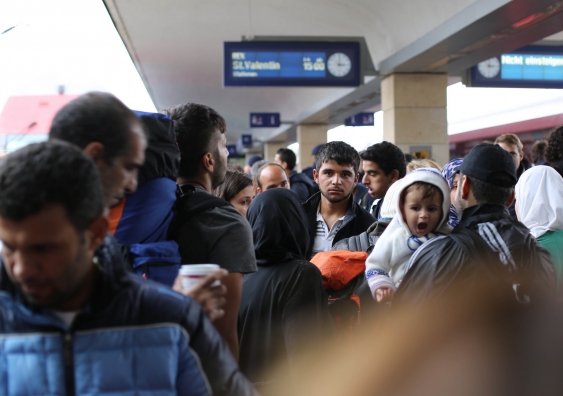 However, common positions on asylum remained under-developed because of the law-making structure at that time, based on inter-governmental cooperation rather than binding legal instruments. On 1 May 1999, the Treaty of Amsterdam entered into force, shifting immigration and asylum issues into a different domain. Now, asylum law and policy could be developed through a common regional approach that would bind the Member States under EU law. It was thought that the European Commission could take a more comprehensive approach, less driven by state self-interest, with supranational judicial controls providing positive restraint.

However, Member States’ insistence on retaining certain control meant that, in reality, asylum law remained heavily influenced by domestic political concerns. It was in this context that the Common European Asylum System (CEAS) was devised in the late 90s/early 2000s. It sought to create a harmonised EU-wide approach to asylum seekers and refugees by minimising differences in the Member States’ law and practice, and ensuring that asylum procedures were as fair, consistent and effective as possible throughout the EU.

From one perspective, the CEAS is one of the world’s best regional systems for protecting the rights of refugees. But one only has to look at the context in which it was agreed to see why it was always flawed. It is a product of compromise and remains open to interpretation – in very different ways. More fundamentally, though, it is based on the unrealistic idea that the consideration of asylum claims – and the treatment of asylum seekers and refugees – would be consistent across the EU.

All Member States of the EU are bound by international refugee and human rights law treaties, in addition to European laws. The EU Charter of Fundamental Rights guarantees the right to asylum and precludes the removal of anyone to a place where they would be at risk of persecution, the death penalty, torture or other inhuman or degrading treatment or punishment. Such obligations are also reflected in the European Convention on Human Rights, and can be enforced by the European Court of Human Rights. However, not all EU Member States provide the same level of protection in practice – whether for economic, political or other reasons.

The Dublin regulation stipulates that asylum seekers should have their protection claim processed in the first EU country they enter – and if they move on, they can be sent back to that first country for processing. The system does not provide for effective sharing of responsibilities, but nor was it ever intended to do so. Its original purpose was to prevent the phenomenon of “refugees in orbit”, shuttled between different states all seeking to avoid responsibility for processing. The regulation has been criticised for making the asylum process even more bureaucratic, disrupting family unity, and failing to respect children’s rights. Arguably, it has had little real impact on secondary movements.

Refugee movements are complex, but they don’t have to be chaotic. The policies that States adopt can help or hinder movement and protection.

In practice, the Dublin system is flawed. The illusion of a common protection space has been shattered, not only by asylum seekers moving with their feet, but also by the European Court of Human Rights and the Court of Justice of the European Union. As the latter has held, “systemic flaws in the asylum procedure and reception conditions for asylum applicants … resulting in inhuman or degrading treatment” mean that returns are no longer possible to Greece. Likewise, the European Court of Human Rights has said that in certain circumstances, asylum seekers may be at risk of inhuman or degrading treatment in Italy because of systemic failures in reception arrangements, poor living conditions and violence, as well as the individual circumstances of particular asylum seekers, including gender, age and health.

Some commentators argue that the failures of harmonisation are themselves the drivers of the onward movement we are now seeing in Europe. A lack of solidarity within the EU, combined with an absence of effective distribution criteria, has increased the asylum pressure on frontline states (e.g. Greece, Italy and Malta).

This is why establishing a formal responsibility-sharing mechanism within the EU is so important, in addition to increasing resettlement from further afield. Proposals have been on the table repeatedly since the 1990s but have never been accepted. More than 20 years ago, Germany proposed a redistribution key within Europe in response to the Balkan crisis, but other States refused.

Oxford Professor Guy S Goodwin-Gill has proposed the creation of a European Migration and Protection Agency – a regional body that could make decisions valid across the EU. He argues that in a regional grouping like Europe, without internal frontiers and with the same legal obligations, national refugee processing systems are redundant.

Refugee movements are complex, but they don’t have to be chaotic. The policies that States adopt can help or hinder movement and protection. History shows that refugees will wait elsewhere if a solution is forthcoming, but will take matters into their own hands when situations become increasingly protracted.

Forced migration is a long-term, global challenge. The best that states can ever hope to do is manage spontaneous movements – not prevent or control them. International cooperation – not unilateralism – is the only way forward.

Jane McAdam is Scientia Professor of Law and Director of the Andrew & Renata Kaldor Centre for International Refugee Law at UNSW. The Kaldor Centre’s 2015 refugee law conference, “Protection elsewhere, but where?” was held on 20 November at UNSW.

This article first appeared in the Law Society Journal.