That no Australian government in almost a decade has successfully brought this policy to a formal close is astonishing. In fact, Australia ceased transferring new arrivals offshore in 2014. 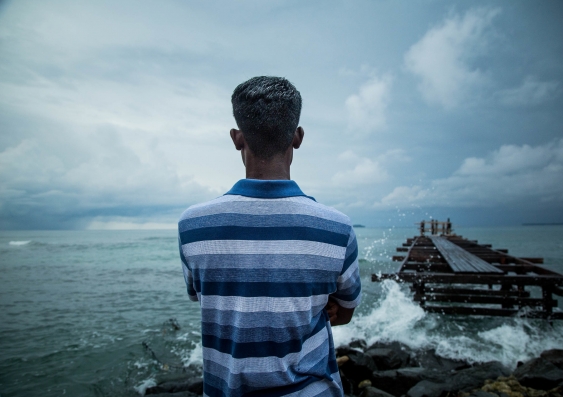 This week marks nine years since Australia re-introduced a policy of offshore processing for asylum seekers arriving by boat. Nine long years of a cruel, costly and ineffective policy sustained by successive governments of both major parties, despite consistently failing to meet any of its stated aims.

As we outline in a new Kaldor Centre policy brief, Cruel, costly and ineffective: the failure of offshore processing in Australia, offshore processing does not “save lives”, “stop the boats” or “break the business model of people smugglers”. Nor is it a benign failure.

Beyond simply not doing what it sets out to do, offshore processing carries enormous costs. There are human costs, for the men, women and children subject to immense suffering, and even to some of the people tasked with implementing it.

It also carries diplomatic costs, as Australia’s international reputation is tarnished. Its relationship with Pacific neighbours in Nauru and Papua New Guinea grows increasingly strained with each passing year. Then there’s the ballooning economic costs for taxpayers, as billions are sunk in vain into a disastrous policy failure.

That no Australian government in almost a decade has successfully brought this policy to a formal close is astonishing, and it demands interrogation.

Read more: With billions more allocated to immigration detention, it's another bleak year for refugees

The government’s own data on the impact of offshore processing on boat arrivals is the starkest revelation of this policy’s failure. During its first year, more people sought asylum in Australia by boat than at any other time since boat arrivals were first recorded in the 1970s. Deaths at sea also continued at broadly comparable rates to previous years.

People continued to seek safety in Australia via maritime routes until they physically could not do so anymore. The 2013 launch of Operation Sovereign Borders, and the Abbott government’s commitment to intercepting and returning people trying to reach Australia by boat — no matter the legal and humanitarian consequences — effectively rendered it futile to try and reach Australia by sea.

Despite early suggestions offshore processing was a vital complement to this turning back of boats, there is no evidence that this is so.

In fact, while offshore processing has formally remained on foot, and popular rhetoric gives the impression that it is still a key part of the matrix of border security measures necessary to keep the boats “stopped”, Australia ceased transferring new arrivals offshore in 2014.

Instead, Australian officials have gone to extraordinary lengths to intercept at sea and return hundreds of asylum seekers in recent years.

What this means is that transfers offshore occurred for less than two years. The following seven years have been spent in a prolonged and costly policy bind, as successive Labor and Coalition governments have tried to find solutions outside Australia for people who should have been settled here long ago.

Meanwhile almost everyone still subject to this policy is back in Australia, having been either returned following a policy change in July 2013 or medically evacuated amid spiralling health crises offshore from 2017.

According to latest figures, there are barely more than 100 asylum seekers left in each of Nauru and Papua New Guinea. The men and women in Nauru are living in the community. The men in Papua New Guinea are in the capital, Port Moresby, having been transferred there following the closure of the Manus Island detention centre in 2017.

The reason given publicly for continuation of this policy — that offshore processing is necessary to prevent a resurgence of boat arrivals — has no demonstrated evidentiary basis.

When Australia previously sent asylum seekers offshore, under the Howard government, the majority of people processed offshore and found to be refugees were settled in Australia.

This fact did not prompt an increase in boat arrivals. More recently, there was no spike in boat arrivals when Australia announced that people offshore would be eligible for resettlement in the United States, or when almost everyone was moved back to Australia.

We have just over a thousand asylum seekers here in Australia, and a small number offshore, who have been put through significant trauma in a failed attempt to send a harsh deterrence message to others who might consider trying to reach Australia by boat.

They have been waiting years for a solution, when a simple one is available right now.

All should be permitted to settle permanently in Australia or another appropriate country, provided that alternative is voluntary. Serious consideration should be given to what reparation and rehabilitation Australia may owe the victims of offshore processing.

This deeply flawed policy must not be permitted to reach its ten-year mark.