Opinion To cut fairly, Commission of Audit should look at tax expenditures

If the Commission of Audit wants to paint the true picture it needs to subject tax deductions, rebates and exemptions to the same standard of scrutiny applied to other expenditures, writes Dale Boccabella. 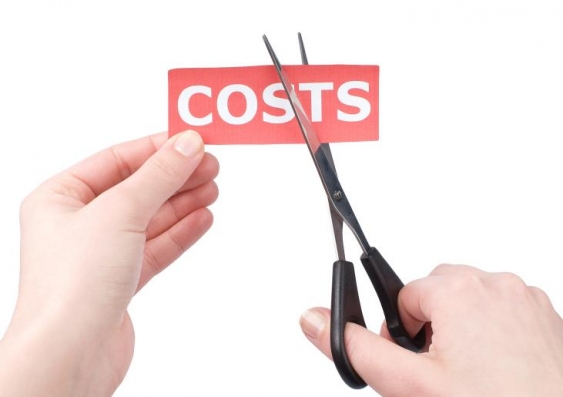 OPINION: In the lead-up to a crucial federal budget in May, it could be argued that requiring the Commission of Audit to identify revenue trends that could pose a risk to the budget’s structural integrity could encompass tax expenditures.

While the Commission of Audit’s terms of reference expressly mentions levels of direct government expenditure, such as grants and transfer payments, there is no express reference to tax expenditures, and secretariat Peter Crone has confirmed that it will not deal with them.

Tax expenditures are “expenditure programs” of the Commonwealth that are delivered through the tax system, rather than the direct expenditure side of the budget. They mainly take the form of deductions, rebates, exemptions and concessional valuation rules.

The essence of tax expenditures is that they involve under-taxation compared to the nation’s benchmark income tax system. What should be the benchmark within our income tax is debatable, so not everyone will agree with Treasury’s view on that. Treasury mainly works with the idea that most gains and profits should be fully taxed under a benchmark system, and that is why tax free gains made on the sale of family homes is listed as a very large tax expenditure.

On the other hand, the generous tax treatment of discretionary trusts (family trusts) is not included in the tax expenditure statement - but there are good reasons why it should be. The negative gearing loss on rental properties and share investments is not included either. For 2012-13, the Commonwealth has around 280 tax expenditures under the income tax, worth around $100 billion. This is around 6% of GDP. Direct expenditure of the Commonwealth for the same period was around $360 billion, which is around 24% of GDP.

Given this, why aren’t tax expenditures expressly within the terms of reference of the Commission of Audit? After all, keeping tax expenditures out of the commission’s deliberations necessarily means it is not looking at all government expenditure items.

Does this matter? Yes, because any deliberations and ensuing recommendations may not be based on full information. If the commission will not examine the full scale of government assistance being received by a sector or a category of taxpayer, how can a credible recommendation be made about the level of direct assistance that should be scaled back?

Attaining the goals of fairness, equity and efficiency through our public finance system dictates that all the main value exchanges between a sector or taxpayer grouping and government should be taken into account when determining whether the current level of “expenditure” is appropriate.

A good example is housing, where there are both substantial direct payments provided to taxpayers (such as housing grants and rental assistance) and considerable tax expenditures (such as negative gearing). How can the commission make fair and efficient recommendations about the proper level of rent assistance and pensions in the direct expenditure system when it does not consider the level of assistance provided to homeowners and others through tax expenditures? There are many more examples in both the private and business sphere.

The commission’s response is that tax expenditures will be taken into account in the tax review, promised by treasurer Joe Hockey. The problem with this is that direct expenditures are hardly ever comprehensively examined in tax reviews, which means the same partial or disjointed examination problem is present again. Further, the tax review and associated measures are some way off, whereas the 2014 budget is just months away.

It is hard to predict what the political landscape will be in three to four years time. Indeed, given the risk of an inevitable voter disenchantment following any savage budget cuts, it is very unlikely that the government will have the same reserves of political capital to move on tax expenditures with a similar degree of vigour that will be brought to bear on direct expenditures.

In any event, the directive in the commission’s terms of reference to aim for savings that will deliver a surplus of 1% by 2023-24 is a strong indication the government intends for savings to mainly come from reducing direct expenditures, and not reducing tax expenditures.

Yet the problems of not dealing with tax expenditures are compounded because the political dynamics are quite different between examinations of direct expenditure programs and tax measures.

What can happen is that the proposed removal of a tax expenditure can easily be seen and presented as a tax increase. The failed attempt to remove the tax expenditure on the car fringe benefits tax in the lead-up to the 2013 election is a recent case in point.

The “age of entitlement is over” doctrine outlined by Hockey implies that before entitlements are reduced (or less likely, increased), a fairly accurate account of the level and spread of entitlements will be established.

It is hard to see how such accuracy can be attained if tax expenditures are not subjected to the same standard of scrutiny and the same political accountability mechanisms that are applied to direct expenditures.

Dale Boccabella is an Associate Professor of Taxation Law at UNSW's Australian School of Business.